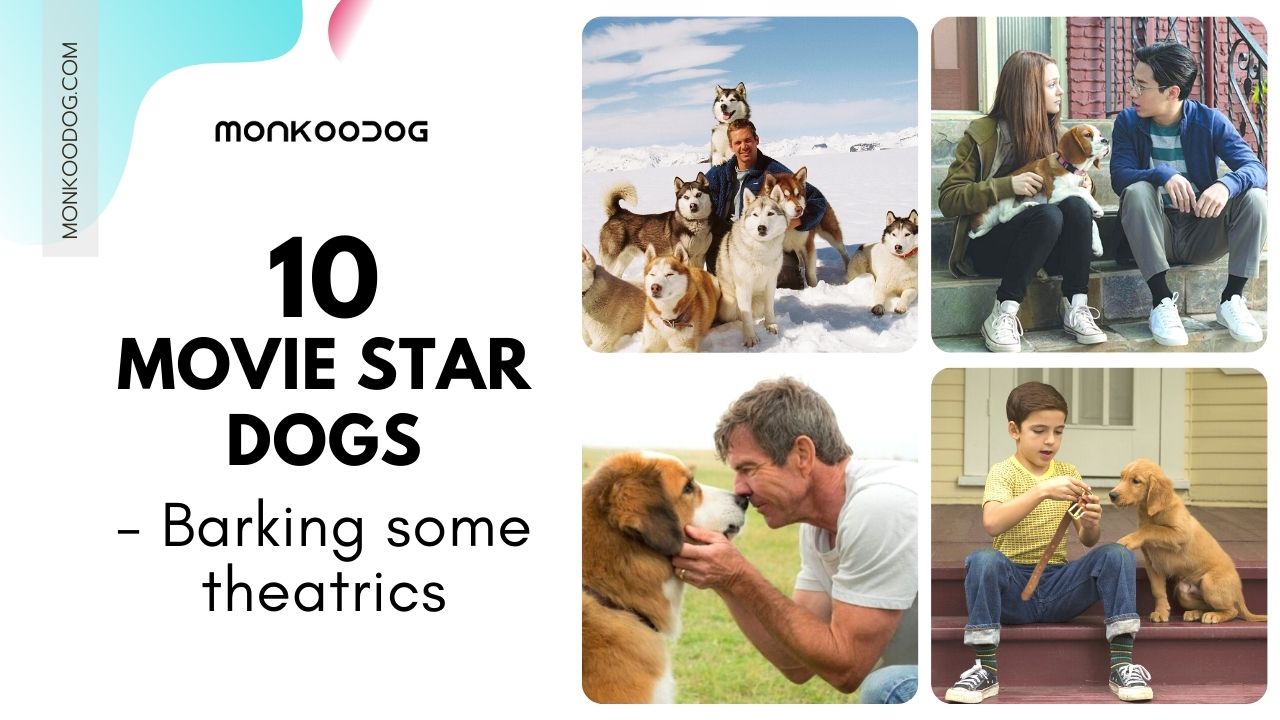 A man’s best friend can also do some acting jobs. In this article, we would look at some of those canine characters that tickled us, scared the crap out of us, or left us teary-eyed which they do almost every time. In this blog, we inform you about 10 movie star dogs – barking some theatrics.

These barking hounds made their cinematic impression in a very memorable way and that too, without making a mess out on the carpet. Starting with our number 10 –

As the whole family attempts to rescue the survivors from New York City ravaged by a deadly virus, the held breath is let out because the dog survives. Sam plays the beloved family dog, who sticks by Will Smith and becomes his raison d’etre. Of Course, we were all left teary-eyed when some infected dogs bit Sam. No hate on them; they had a part to play too.

So, who really played Cujo the first?

So, who really plated Baxter?

Quince, who played Bax, is a Border Terrier.

Quince is new to the business and it is his first real movie.
He was rescued from a supermarket parking lot and had hardly done

anything before other than walk on a leash.

Besides being extremely amiable, quince drinks out of straws, wears

hats and saves the day at the end, in the real world too.

Lucas’ beloved dog Bella wins all hearts with her quest to get back to her master. This harmless darling makes everybody a part of her journey and leaves us happy.So, who played Bella?
Shelby, the pitbull, played Bella.

Discovered in Tennessee, searching for food at a land fill.
The skinny and malnourished Shelby always has as mile on,heart visible through her eyes and mischief as well.
Ended up becoming a therapy dog in an autistic hospital with love for everyone who is devoid of it.

How can Hachi possibly miss the list? The Akita Inu dog wins our hearts and leaves us teary-eyed, not for one day but for many days afterward. The loyalty and love of this sweet little animal win us over for a lifetime. And when we come to know it is a real-life story, the pain gets real.