A time travel tour: looking at our favorite dogs change over the century! 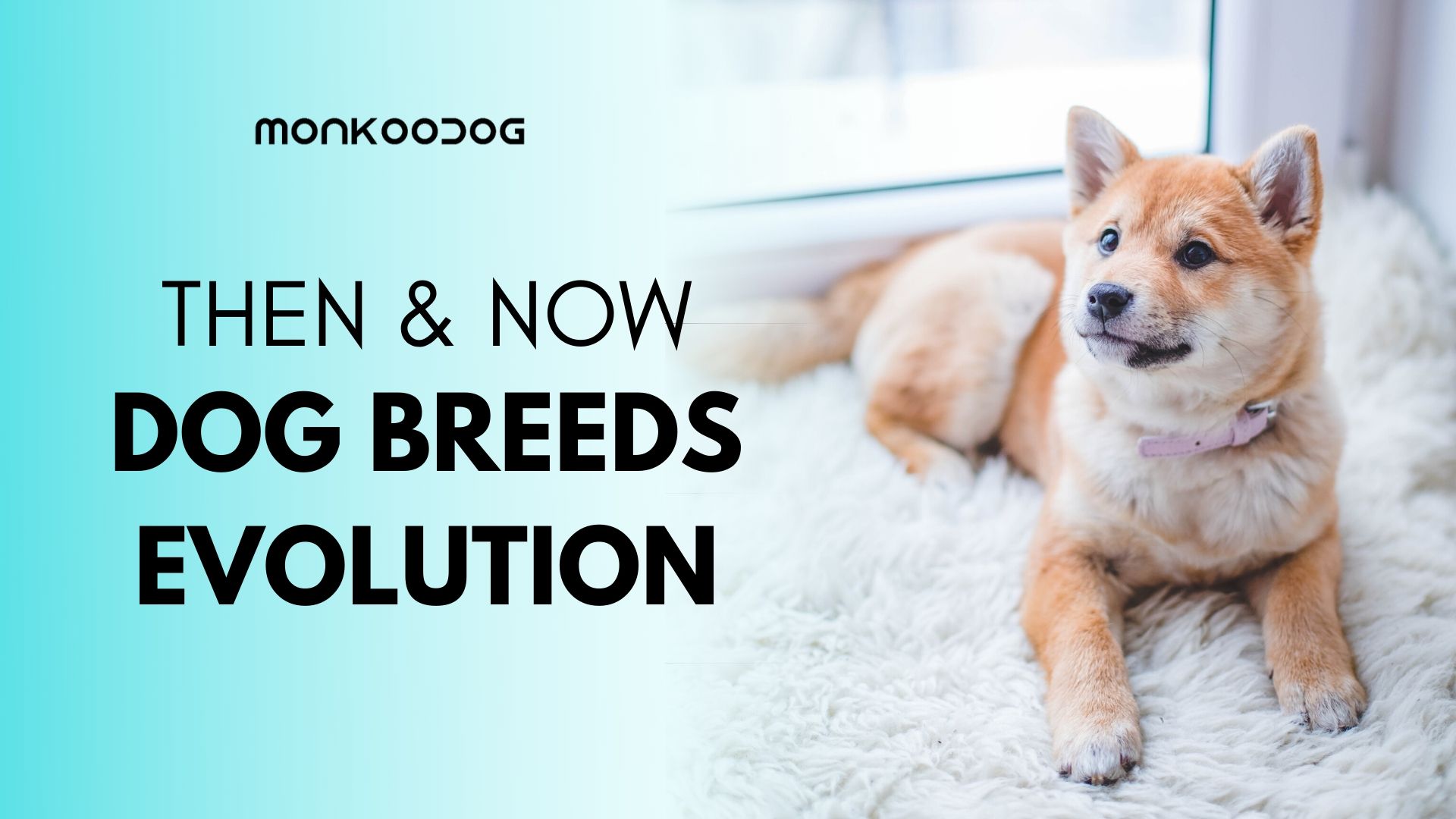 Charles Darwin was playing Pokémon when he came up with his ‘Darwin’s theory of Evolution’. Although the evolution of our favorite Pokémons (though I personally don’t like Charizard in comparison with Charmander: it’s such a cutie!) is more of a metamorphic process, humans, or generally speaking, living beings, evolved real-time. You know, genetic transmutations and inherited variations to boost one’s abilities and skills. Well, human evolution might have paused there and then when we reached the basic stage of being less hairy, draped our nakedness in animal skin and started eating roasted flesh (crispy on the outside, juicy on the inside… no, KFC wasn’t there at that time). I don’t see humans evolved much after that, to be honest.

But what about the other creatures? Like, for instance, dogs? Was their evolution brought to a standstill as well? 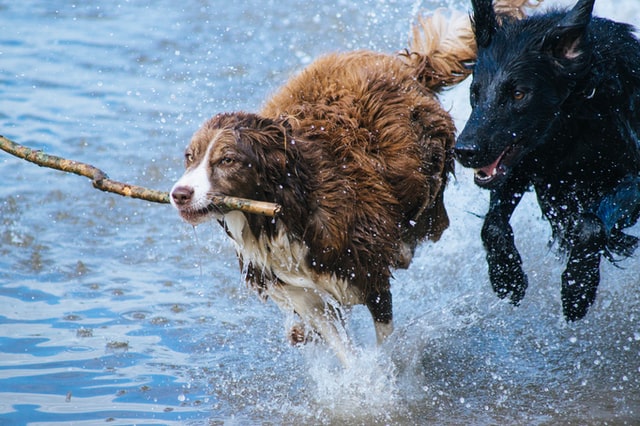 For the starters, dogs originally were wolves. Yeah, that’s true. The same dogs that guard the flock of sheep against some bloodthirsty wolves were actually the same creatures around 130,000 years ago! Now humans, the intelligible and innovative creatures as we are, cross-bred those and woof! Emerged our all-new pups we adore!

For the main course, let me put it plainly on the platter. This ‘evolution’ did not stop there. With numerous cross-breeding and experimenting with traits, dogs changed over thousands of centuries… But not always for the good. Errors happen.

And finally, for the dessert, we have brought here a delectable treat for your eyes, and food for thought of the mind! We prepared a salver loaded with lots of cuteness with a dip of incredible facts for your appetite, finally garnishing the whole with a generous serving of what you are here for some paw-some magic! Here’s what some popular breeds of dogs looked like a hundred years ago, how they’ve genetically changed their appearance and behavior, and what kinds they are today. Without much ado furthermore, let’s begin!

While we have listed here the changes our favorite dog breeds went through, you can check out the popular dog breeds that dominated the last 100 years of mankind for more information!

Sparky was missed. Victor couldn’t get over it. Huh, the bull terrier of Frankenweenie was love enough to pine for. Well, that’s what bull terrier looked like in the 1900s. Fast forward to this age of digitalization, and we have the present-day terrier, which in my opinion was better off during the world war. It was fitter, more athletic, and handsome; pretty much like a dog version of Mr. Darcy of our dreams!

The ‘Dogs of all Nations’ was not wrong when it called the bull terrier of 1915 the “gladiator of the canine race”. But as it was bred through these hundred years, the bull terrier we know today is nowhere close to the knight of the hounds. Nowadays, these dogs have a mutated skull: shorter face, resembling a football with the jaws being larger. The abdomen has become thick, stockier, and squat: way beyond the agile, lean, and athletic terrier we had in that epoch.

A wolf-like pooch straight from the prehistoric era! And that’s what a German shepherd can be described as! Another dog on the list of a corrupted evolution and a distorted physique is the German shepherd. The shepherds had a place in the police force a century earlier, as they were these agile, muscular, straight-backed dogs with a deep chest and strong loins. But as they went through the ages, a breed that was thicker emerged. Today, the German shepherd has a wide chest and is bloated. The croup is lower, while the fur is now longer and thicker, unlike the previous version.

Always been confused between an Alsatian and a German shepherd? Can’t seem to individuate one from the other? Head on to some interesting facts about the same!

Let’s have a question first. Which dog looks like an oldie, wrinkly dog even when it is a baby? The bulldog! The English bulldog today after its mutations have become one of those recipes in which you keep adding sweet and savory alternatively resulting in a disaster.

These dogs are the unhealthiest breed, with a lifespan of just six and a half years. Over the years, these dogs have become thicker and massive, with stockier bodies. Initially, before 1835, these were used for bull-baiting sport. Now they have more pronounced facial wrinkles, flattened faces, and stout legs.

“Fetch it yourself” Pops, the oldie from The Secret Life of Pets was such a badass. From hosting all-nighters for his friends to inviting his girlfriend over to his apartment, he has done it all. Now that’s what a basset hound looks like. As other breeds of dogs might have changed drastically over the century, this particular breed is just as a badass as Pops. “I won’t change, just exaggerating.”, he would say. We might call its characteristics somewhat extreme kind, and that’s what has been exaggerated over the years. Its abdomen got lower and closer to the ground; hind legs got shorter with excessive skin and folded on; while the elastic skin sagged even further.

If you talk of adorable pups, and you don’t mention pugs, are you even a dog lover? Those round, lustrous pair of eyes looking up at you are sure to melt your heart right there! They have been human companions since the beginning of their time. Pugs are also in the role of dogs who have maintained their physical attributes as years and decades went by. Resembling the health risk factor as of bulldogs, pugs too have problems like overheating, heart problems, and low oxygenation, to name a few. Although they have roughly maintained the same size as might be in the 1920s, selective breeding made them have wider eyes and flatter noses.

One of the fanciest and swankiest breeds in the catalog of four-legged furry companions, the poodle has been seen in the arms of those jewel laden women with that British accent. This dog looks like it has recently got a parlor session done after having put a lot of bucks at stake! But the poodle hasn’t been such a posh breed since eternity.

They were used as duck hunters before the work shifted to retrieving water. That was around four hundred years ago. The popular hairdo, the ‘poodle-do’, wasn’t such a flamboyant thing a century ago. The poof cut of the poodle was started more as a functioning trait rather than as a style statement. Owners began shaving them in certain areas and left hair on the skin where protection from the cold would be needed. This was done to make it easier for them to move around carrying water. Briefly stating, poodles are still the ‘purebloods’ that they were a century ago, while other dog breeds supposedly turned ‘muggles’ and ‘half-bloods’ !

With many dog breeds already on the register of ‘Not changed much. Period.’ We shall add the Airedale Terrier as well. Going with the checklist, let us tick off the similar factors:

Rich tan on the head, ears, and legs? Check.

Size issues? Check. The very basic changes over the last century can be seen if we look at the shaggier appearance, a longer face, and a coat which is not “hard and wiry”. The fur of a modern-day Airedale Terrier would seem more rugged than it used to look like in the 1915s and close. The longer face and heavier fur make the dog look much like the grassland dog!

No one can pull off a mustache better than a white terrier! With drooping hairs down the nose that looks much like a Chinese mustache, this cute little pooch has won a million hearts! A particular kind of this breed, West Highland used to work as rat exterminators, just like a Catto. But: times have changed. How many times has the pauper risen to become a model? Well, it did in the white terrier’s case!

They have become known to model for brands like Juicy Couture and Black & White Scotch. As far as the difference in the physical appearance of the terrier over the century is concerned, a basic evolutionary factor of a bit longer hair and thicker fur, along with shorter and hairier legs is seen.

This peculiar breed has been an odd pick ever since the beginning of its time. With a long slender abdomen and short legs, Dachshund has always made heads turn. In the 1900s, this dog had a better proportionate body structure: the torso section was long enough to be supported by those short legs. But with cross-breeding over the years, Dachshund has grown a longer face and body much closer to the ground, shorter hind legs, and a wider chest jutted forward. The proportion no longer makes sense as the body looks oddly elongated.

Who knows for sure that Santa Claus drives around with a herd of reindeers, Rudolph the rednosed reindeer leading them? What if Santa fancies a group of huskies, with a great Alaskan husky leader, to pull his sled along! Huskies, though haven’t changed much, have pointier ears now than they ever used to have. Furthermore, this breed has always been known for its varying physical attributes, without changing much over time.

Now that you’ve successfully completed the time travel, buckle up for some more paw-tastic stuff on Monkoodog!