Origin of Name:   The Chinese Imperial Dog is a breed of toy dog, originating in China​. 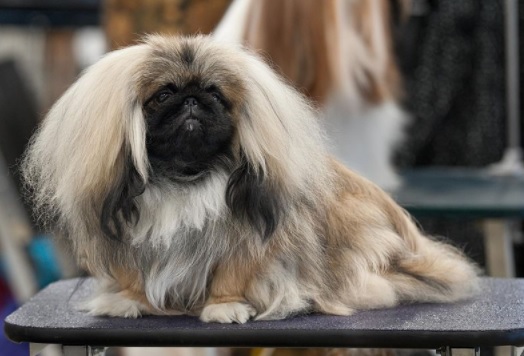 Fundamentalists of the breed convinced of the uniqueness and ancient history of Chinese Imperial dogs that the Chinese Imperial Dog was only allowed to be kept by the Chinese nobility and that it was a great honor to receive one as a gift. However, this is far from conclusive evidence of dogs of ancient origin as a similar situation was given to Shih Tzu, Peking, Lhasa Apso, Hapa Dog, and Pag. One of China's largest dynasties, Dodger Queen Cixi, was one of the biggest Chinese dog fans. The Daujar Empress and subsequent rulers gave many small Chinese palace dogs to foreign dignitaries as gifts. Most of these dogs went to England, the United States, and the Netherlands where they formed the base of the Shih Tzu breed. The CIDCA claims that many Chinese Imperial dogs were also given as gifts. Because Westerners were unaware that the two breeds are different, they lured Chinese Imperial dogs as a breed of Shih Tzu. Reportedly, largely pure lines of Chinese Imperial dogs were maintained in Australia and the Netherlands. These lines were then imported into the United States, where the AKC refused to recognize them as anything other than Shih Tzus. While these claims may be true, this author was unable to find any independent verification or evidence to support them. The Chinese nobility have certainly raised very small dogs, but it is unclear whether they considered them to be a separate breed. For example, the famous sleeve Pekingese, which were so small that they were carried around the sleeve, were still considered Pekingese. In this writer's opinion, China probably had very small Shiz Tzus for many centuries, but was not considered a separate breed. Additionally, even though the Chinese Imperial Dog was considered a separate breed at one point, it has been fully subscribed to the modern Shih Tzu breed for centuries.

The Chinese Imperial Dog is nearly identical to the Shih Tzu, differing mainly in size and shape of the head relative to the body. It is a very small dog. The Chinese Imperial dog is about half the size of a shih tzu. Breed members ideally stand 8½ below the shoulder, and are disqualified if they stand more than 9 . Breed members should weigh between 4 and 7 pounds in good condition. The head of the Chinese Imperial Dog is much larger in proportion to its body size than Shih Tzu's, looking almost unnatural in some animals. The round eyes of this breed are also quite large in proportion to body size, making many breed members almost look like children's toys.

This breed is intelligent, health and apartment friendly

It is a breed with a soft undercoat and a stiff outer coat. They shed, and brushing them frequently will minimize dead hair on your floor. Basically, they require good enough grooming and bathing maintainence. As with all breeds, nails should be trimmed regularly, as prolonged nails can cause discomfort and problems with walking.

It does not appear that any health studies have been conducted specifically on the Chinese Imperial Dog, which makes it impossible to make a definitive statement about the breed as a unique entity. However, thousands of Chinese Imperial dogs have been included in the Shih Tzu Health Survey, so any health information about Shih Tzu is likely to apply to the Chinese Imperial Dog as well. The health of this breed is a big controversy. ASTC claims that Chinese Imperial dogs are generally very unwell, and CIDCA claims that their dogs are generally in very good health. Due to the lack of dedicated health surveys, it is impossible to say which side is correct. A large part of the veterinarian community is probably in agreement with ASTC based on past experience with other chachi dogs. However, the Chinese Imperial Dog is much larger than many other Techi variants such as the Techi Chihuahua and the Techi Yorkshire Terrier and may not be at risk of health problems as those breeds.

Because skeletal and visual problems are known to occur in this breed, it is advisable for owners to have their pets tested by both the Orthopedic Foundation for Animals (OFA) and the Canine Eye Registration Foundation (CERF) . OFA and CERF perform genetic and other tests before identifying potential health defects. This is particularly valuable in detecting conditions that do not appear until the dog has reached an advanced age, it is especially important for anyone considering breeding their dog , Which has tested them to prevent the spread of potential genetic conditions to their offspring.

The Chinese Imperial Dog is very closely related to Shih Tzu and suffers from all health problems at similar rates. However, this breed is considered more susceptible to many conditions than Shih Tzu: