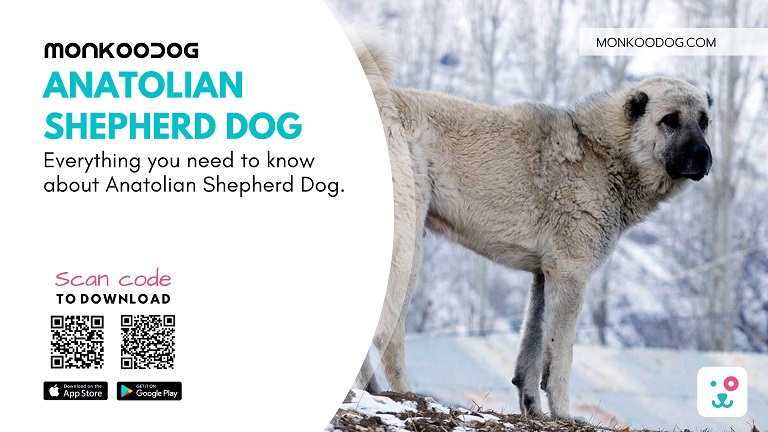 Home » Everything You Want To Know About Anatolian Shepherd Dog

Everything You Want To Know About Anatolian Shepherd Dog

Madison, a dog that survived a huge disastrous wildfire in Northern California on November 18, 2018, guarded his house for nearly a month until he reunited with his owner.

This deadly cease-fire killed almost 88 people in the surrounding area. Madison waited even though his house was completely burnt until his owner Andrea Gaylord was allowed back to check on her property.

Ms. Shayla Sullivan, a dog rescuer, used to leave food and water for him regularly until the owner came back.

Ms. Gaylord told an American news station that she could not ask for a better animal, “ Imagine the loyalty of hanging in the worst situation and being there waiting.”

Yes, this is a short happy ending story of Madison, an Anatolian Shepherd, who was a hero in this situation.

Anatolian Shepherd Dog are meant for loyalty and they are very strong and are really hard workers compared to other dogs. They are good livestock and farm protectors.

What is an Anatolian Shepherd Dog?

Anatolian Shepherds as the name suggests are the best of all herd dogs that take care of their sheep and farms to protect them from enemies like humans, wolves or buffalos, etc. They are good guardian dogs.

Most of the guardian dogs likely match with the livestock that they are taking care of, as believed to be camouflaged against predators. But this dog wants his presence to be known so that the hunters can come to know that someone is guarding them.

These have their origin in Anatolia, a place in Turkey. These canines are muscular built, have an impressive presence, and are sharp-minded.

Their unique personality makes them safeguard the flocks. He can look after them single-handedly for months together.

He is very protective of his flocks and family and very suspicious of others who are not a part of his team.

He has a long tail that curls at the end. His colors vary from Brindle, Blue Fawn, Grey Fawn, Red Fawn, White, and Light biscuit color with a Black mask.

He has a big head with fallen ears, and also has a broader muzzle. His coat is thick.

The other names of this canine are Kangal, Coban Kopegi, and Karabash.

It is an ancient breed of dog, it is not suitable for every family. He is a very massive guy and needs a large home or a backyard, and to be with flocks to protect.

Anatolian Shepherd has a loud bark that can scare cheetahs and wolves, continuous barking may not be pleasant for many humans.

He is suspicious of a stranger, even if your close friend or any relative comes to visit your home he will always have spy eyes on your flocks.

He does not entertain strangers and also he will not be friendly with small children.

His maintenance is very high. He needs at least 4 acres of land to roam about and once walked to his heart’s content, he will join his family in the evening and relax with them. He prefers independence.

Will Anatolian Be A Good Family Dog?

Anatolian shepherds are very hard to handle and are suitable for only experienced owners, those who have some time to train them. He is too loyal to his owner and is very protective.

They are wonderful company for the dogs they have the livestock, their friendliness will be rare towards other people in his immediate family.

Are aggressive to humans and other animals when they sense a threat. They are stubborn and need to be trained.

How to Train An Anatolian Shepherd?

He is very intelligent, but he won’t respond to owners or will give a slow response until he feels his owner is a leader of the pack. You can start training him when he is 6 months old.

He is very loyal and possessive about his family, property, and livestock, so he needs time for socialization.

You can train him better by considering the following facts.

How Much can Anatolian Shepard Dog Breed Cost?

The price of the canine in different parts of India are as follows:

Yes, a Kangal dog or Anatolian Shepherd can survive in India. But in hot weather, he needs excess water and he also wants a good shed.

This dog can be comfortable in summer or winter. Because of this, he can adjust to the Indian environment.

If you have a dog market in India, you can get him at a lower price. In India The breeding of this breed is very small, so you can import it from Turkey.

Butch, an Anatolian dog was one of the famous dogs that appeared in the movie sequels Cats And Dogs and The Revenge Of Kitty Galore.

Kurt, the largest Anatolian dog, measured 40 inches up to shoulder weighing around 154 pounds.

Madison, an Anatolian of North California, survived a dangerous ceasefire and guarded the remains of the property till his owner returned.

Anatolian Shepherds are the breed from Turkey and are reared to guard the sheep. He is unique with a high physique and loves to be independent. But after 1973 were moved to the States and even to the UK.

They have a longer lifespan but can have some health problems. They even feel hip dysplasia.

The best part about them is that they never feel separation anxiety. So, you can leave them alone guarding your home, yards, and livestock.

He always prefers fresh water and he needs too much water. They have to be fed high-quality and nutritional canine food. They are not the type of overeaters.