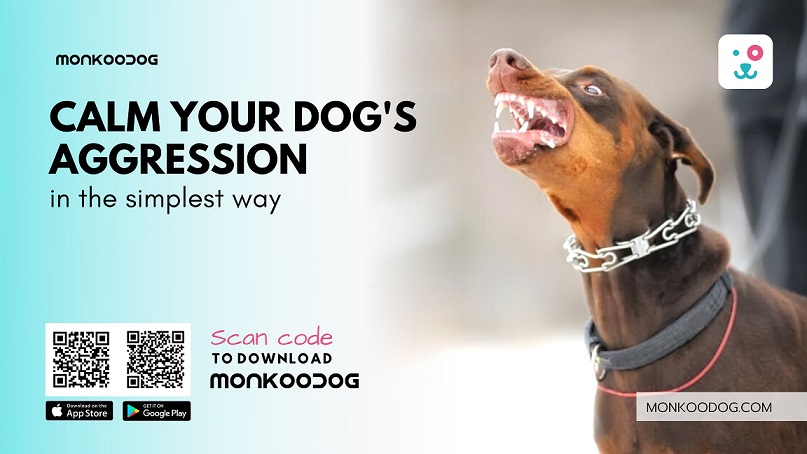 Home » How to Calm Dog Aggression in the Simplest Way?

How to Calm Dog Aggression in the Simplest Way?

Jorjia Lewis had to escape with only the clothes she was wearing and left everything she was carrying behind only because she didn’t read the ‘Do not step on the lawn;’ sign in front of the gate! In this story, we inform you about How to Calm Dog Aggression in the Simplest Way?

Just after taking a few steps on the lawn the owner’s poodle dog pounded on Jorjia. The Aggressive poodle started biting her toes and dropping saliva on her feet, scaring the little girl like nothing else.

She managed to grab her skateboard out of her bag and smacked the dog right into its face knocking him unconscious before escaping the lawn. Jorjia claims that the incident caused her to fear dogs more often.

As a dog owner, you will definitely have some problems due to your dog’s aggressive behaviour. 90% of pet owners claim that dog aggression has caused them to worry about their family members and to give up the idea of having a dog in their family.

Dog aggression is caused due to many unknown but speculative reasons and calming their anger is not everyone’s cup of tea.

Hence, in this blog post, I’m going to talk about dog aggression and simple proven ways to calm your dogs without causing any harm to them.

By reading it, dog owners will be able to have a better life with their dogs and puppies and find useful ways to calm their dogs when they’re angry or showcasing aggressive behavior.

Got Aggression Problems with your dog? Ask for Personalized Training Advice from Training Experts.

What is dog aggression and what factors trigger it?

When a dog behaves aggressively toward their owners, people, or even other dogs it is connected with an attack or signs that may show a potential attack towards you.

The signs include becoming still and constantly stare at you, growling, snarling, biting, baring teeth, etc.

Step number one for you to stop this behavior in your dogs is to figure out why they are behaving aggressively in the first place.

Some dogs don’t like someone’s presence when they’re eating or chewing a bone. The reaction does not necessarily limit to people, it can be directed towards other dogs and animals too.

The most important thing to keep in your mind is to come up with a plan to pacify your dog but you need to understand the type of cause that triggered the aggression in your dog.

Let’s know a little about types of aggression.

Stressful Aggression – Dogs get angry when their owners often tie them up to the leash or lock them behind closed doors. They tend to be more aggressive when they’re not allowed to do what they want to.

How to deal with a dog’s aggression and calm them without causing any harm?

After you have understood why and how frequently your dog shows aggression, you can start working on finding out the perfect solution.

It is always recommended to consult your VET or Dog trainer before you start any kind of medications or training by yourself. But there are some common and simple ways through which you can do it…

Recent studies indicate that the dogs who are socialized and mixed up with other beings learn social skills and they are generally calmer and non-aggressive towards others.

If you see a sudden change in your dog’s behavior and you notice they are being aggressive too often you need to take them to a VET considering that they might have some pain or health issue which needs to be taken care of.

3. Working on barking and growling

When you notice your dog barking or growling at something or someone considers taking them away from the object or the person they’re angry at and then reassure your pet that they are safe and can calm down.

4. Call in a dog training professional if necessary

If your vet has assured you that there is no medical problem involved in their behavior, you can start training them yourself or call an expert to help you train your dogs.

Dog Aggression is a severe problem and will give you a lot of issues with handling your dog or making your dog adjust to others around you. Hiring a professional will help you figure out the exact reason your dog is becoming too aggressive.

Punishing your dog for their aggressive behavior is usually the wrong way to handle them. Instead of it calming them down it would backfire and cause them to be more aggressive and even bite you.

If you hit them, they will feel the need to defend and protect themselves from you and in return try to attack.

Punishment may also end up with your dog biting and hurting someone else. For example, if you hit your dog for growling or barking at your friend they may not even show the signs of aggression and go ahead and attack without a warning.

If they’re barking at someone it means they are uncomfortable around them and hitting them is unfair and not the right method of training them.

You or the professional dog trainer can create a schedule or a basic plan for reducing stress and aggression for the dog. In most cases, you will need a basic level of behavioral training for the dogs.

For instance, When your dog growls or barks at your friend, consider standing away from them so that your dog is comfortable and relaxed throughout the months. Reduce the distance between you and your friend so the dog understands slowly that he needs to be comfortable around your friend too.

Moreover, reward your dogs with treats and praises to showcase and use positive reinforcements.

Dealing with an aggressive dog can be overwhelming to many dog owners, especially those who are first-time owners. But the idea is to make your dog relaxed with other dogs so that they start learning social skills and followed by a basic training that will make them realize barking or growling at strangers isn’t a great idea for them unless they pose a real threat.

But always remember that even if your dog is aggressive it means something or someone is making them uncomfortable or they think that their presence may pose a threat to them. It is absolutely not fair for you to hit or yell at them for doing so.

If your dog suddenly behaves aggressively that is completely out of character for them, please consult a vet as soon as the symptoms may also lead to pain or a disease that is making them feel ridiculous.

The most common signs of aggression are

We would like to know from you what you do when you feel your dog is too aggressive. Is there any other way to calm a dog down? Shower your opinions in the comments below! We’ll read them for sure.

Tried all way. But struggling to potty train your puppy?

Download Monkoodog App and ask for personalized solutions from Professionals.

Dogs get sick too and it’s extremely difficult to keep a track of their health, If your dog gets sick it’s completely stressful for you to find a suitable VET. Isn’t it? But with Monkoodog, you can book an appointment at your available time and even navigate the VETs near you. You will also be able to view what other pet owners have to say about the VET and even track your dog’s health chart.