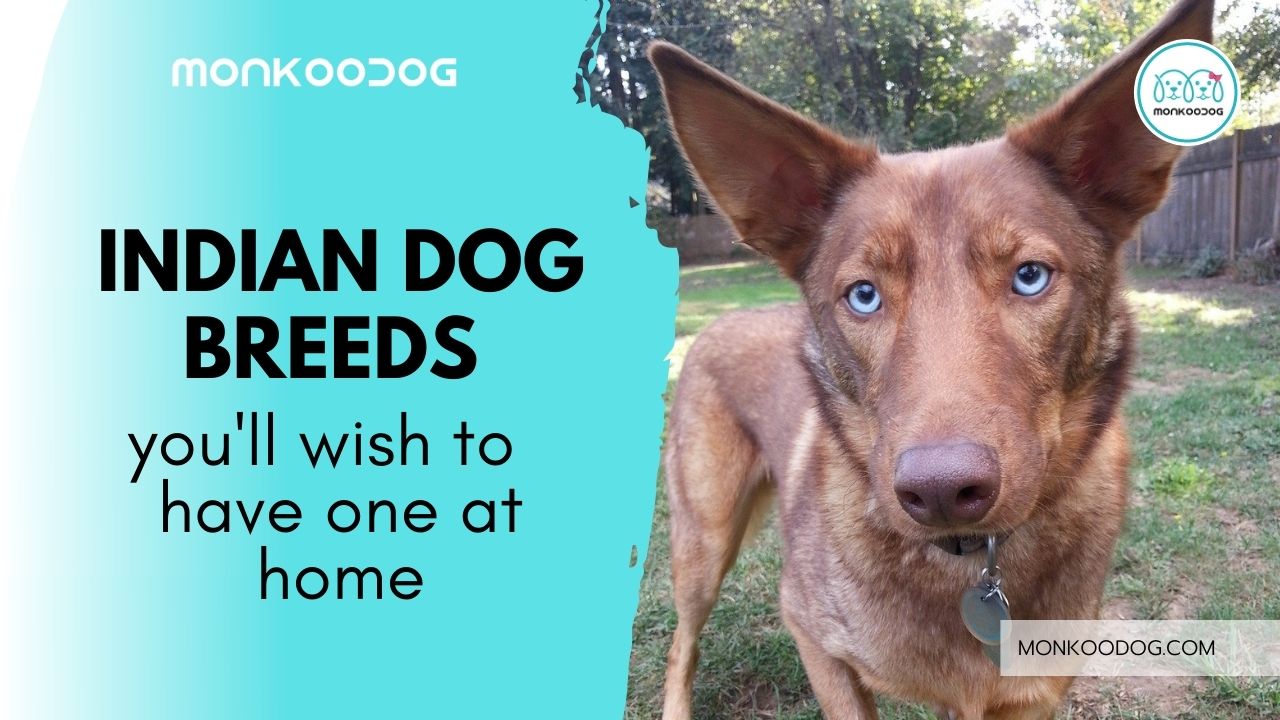 Indian Dog Breeds That You Don’t Know How They Look

Dogs are the best friend of all mankind. They are carefree, responsible, active and lively, and easy to play with. In India, suprisingly there are so many kinds of Indian dog breeds that no one consider buying or adopting them.

The pet culture was widespread outside but is slowly spreading to India as well. They are the most favorable pets available, and people in India have also started actively buying and adopting dogs from all over the world.

People have started getting dogs, but they are still a little unaware of the breeds of dogs and end up getting the popular dogs from all around. Here I will bring to you some of the best dog breeds so that you can get dogs at a much reasonable price.

It is impossible to count the number of dog breeds that exist in India. Indian dogs may be found anywhere, from rural areas to metropolitan areas.

These canines each have their particular qualities, as well as different physical and behavioral characteristics. Indian dog breeds are the most adaptable and hardy canine breeds in the world, according to the World Health Organization.

They can tolerate adverse climatic conditions and survive in some of the most difficult environments conceivable. While dog owners often choose foreign dog breeds because of their origin and so-called exotic characteristics, Indian native canines, who are better suited to the Indian environment and lifestyle, are mostly overlooked.

Many times, individuals are unable to distinguish between various kinds of dogs or are unaware of the wide variety of Indian dog breeds available. In case you’re a pet enthusiast who wants to learn more about the many kinds of dogs you may have.

The Indian Pariah dog is possibly the best Indian breed dog available very easily all over the continent. The pariah dog breed is a very sociable canine that also happens to be an exceedingly vigilant watchdog that is also very clever.

A square medium-sized dog with a somewhat rectangular shape and short fur, he is square in shape. The dog’s hair is double-coated, with a harsh topcoat and a soft undercoat on the outside. In terms of color, brown is the most commonly seen, either with or without white markings, and it may range from dark to reddish-brown.

Aside from being one of the roughest and healthiest Indian dog breeds, Indian Pariah Dogs are also regarded to be one of the most intelligent. And, contrary to their names, the Indian Pariah Dog may be found not only in India but also in certain parts of Bangladesh, according to some sources. Some have even reported finding them in South Asian countries.

They are considered quiet dogs, but they make excellent protection dogs for their owners and are simple to teach.

In the list of best Indian breed dogs, this would definitely be among the top. The traits of the Mudhol, sometimes known as the Caravan hound, are widely known. Long and slender head, with a tapering snout that is broad between the ears.

The eyes are large and round. The jaws are strong and lengthy, and the bite is like scissors. The nose is a dark and prominent feature. The ears, which are located close to the skull, resemble a pendulum. They are big and oval in form, with a range of colors ranging from dark brown to hazel. In addition to its length, it is muscular and well-defined, and it fits nicely into the shoulders.

The forelegs are straight and long, as is the rest of the body. The back is long, broad, and strong, as is the chest. The rib cage of this breed is well-sprung, and the chest is robust and deep.

The tummy of this breed is tucked in, and the hindquarters are robust and well-muscled.

Mudhol Hounds are a type of canines that are employed for hunting and guarding in and around the Karnataka town of Mudhol.

One of the best Indian dog breeds, Jonangi, also known as Jonangi Jagilam or Kolleti Jagilam, is a dog breed that can be found mostly in the state of Andhra Pradesh, although it can also be found in certain areas of Karnataka and along the east coast from West Bengal to Tamil Nadu.

They are distinguished from other dog breeds by their short and sleek coat, which distinguishes them from the rest of the pack. This is one of the Indian dog breeds that is mostly employed as a hunting and herding dog by the people who own and raise this particular type.

Chippiparai s the most well-known and widely used dog breed to have originated in India. It was produced in Chippiparai (near Madurai, Tamil Nadu) to hunt small animals like rabbits and pigs, which was the original purpose of the breed.

The most often seen color combinations are fawn, black, reddish-brown, black-tinted hair, silver-grey, with very minor or no white markings, and a long curled tail. If the coat is well-groomed, it has a sheen to it and has a short, close-cropped coat. Smooth, shell-like appearances are really popular right now.

This kind of garment is ideal for hot conditions because of its lightweight construction. Because of their short hair, this dog is also less susceptible to ticks and fleas, which makes them simple to identify. This is one of the best Indian dog breeds that have an appearance that is reminiscent of a greyhound.

Gaddi is another mastiff-type dog breed that originated in the Himalayan area and was established by a tribe of the same name. They are regarded as clever enough to be used as herding dogs in addition to their other roles of guarding or hunting.

They are the multi-purpose mastiff dogs for the Gaddis tribe of India, and they serve a variety of functions. Due to their availability in a variety of colors, including dark black and tan, light fawn and white, and infrequently reddish, black, and blue.

The dogs of working shepherds are shorter and lighter in weight than the dogs kept as pets in most households.

Punjab is still home to a large number of this Indian dog breed, which is in no danger of extinction like the other Indian dog breeds. It is a sort of huge dog that has been depicted in rock art and sculpture.

It is also known as the Indian Mastiff or as the “Beast of the East,” depending on where you live. Because of its origins in the Sindh area, which lies between Pakistan and India, the Bully Kutta is not your average dog for a caring family. They are referred to as “beasts” for a reason. Not only are they employed for hunting and protecting, but they are also utilized for fighting.

They were designed to be hunting dogs, capable of bringing down foxes, gazelles, wildcats, and marmots, among other prey species. While we are aware of its near-extinction, it is incredibly impossible to locate a purebred Taji anyplace in India, which is a shame.

The Tazi dog is believed to have originated in India, although it is currently most often seen in Russia. The Indian race has nearly totally disappeared from the face of the earth. It is well-known for its athletic, robust physique, and slightly fuzzy body, among other characteristics.

The Rampur Greyhound is one of India’s most well-known and oldest dog breeds, and it is native to the Rampur area in Northern India, where it became popular. The Rampur hound is one of the biggest Indian dogs, having a robust build and jaws that are capable of biting.

This breed, like the other hound Indian dog breeds, has a flat head and a sharp snout, much like the rest of them. A distinctive feature is a roman bend that runs through it. A 270-degree field of vision is provided by the Rampur Hound’s eyes, which are situated in an unusual manner. These greyhounds are around the same height as most other greyhounds, but they are much larger and more robust, and they are extremely similar to the Rhodesian Ridgeback in appearance. Although the Rampur has a longer neck, it is wider and more compact than the English Greyhound’s neck.

They are on the verge of extinction now.

There are many more Indian breed dogs available, but here I bring you the most popular ones. There is no one best Indian dog breed as many of them have very identical characteristics and were produced for similar purposes as well.

Despite this, Indian breeds deserve to gain more popularity, and you should definitely go for these breeds as that would help the breeds that are getting extinct. Additionally, getting these dogs would be more feasible and reasonable.

Also Read:- 10 Of The Most Faithful Dog Breeds Who Will Always Be By Your Side.