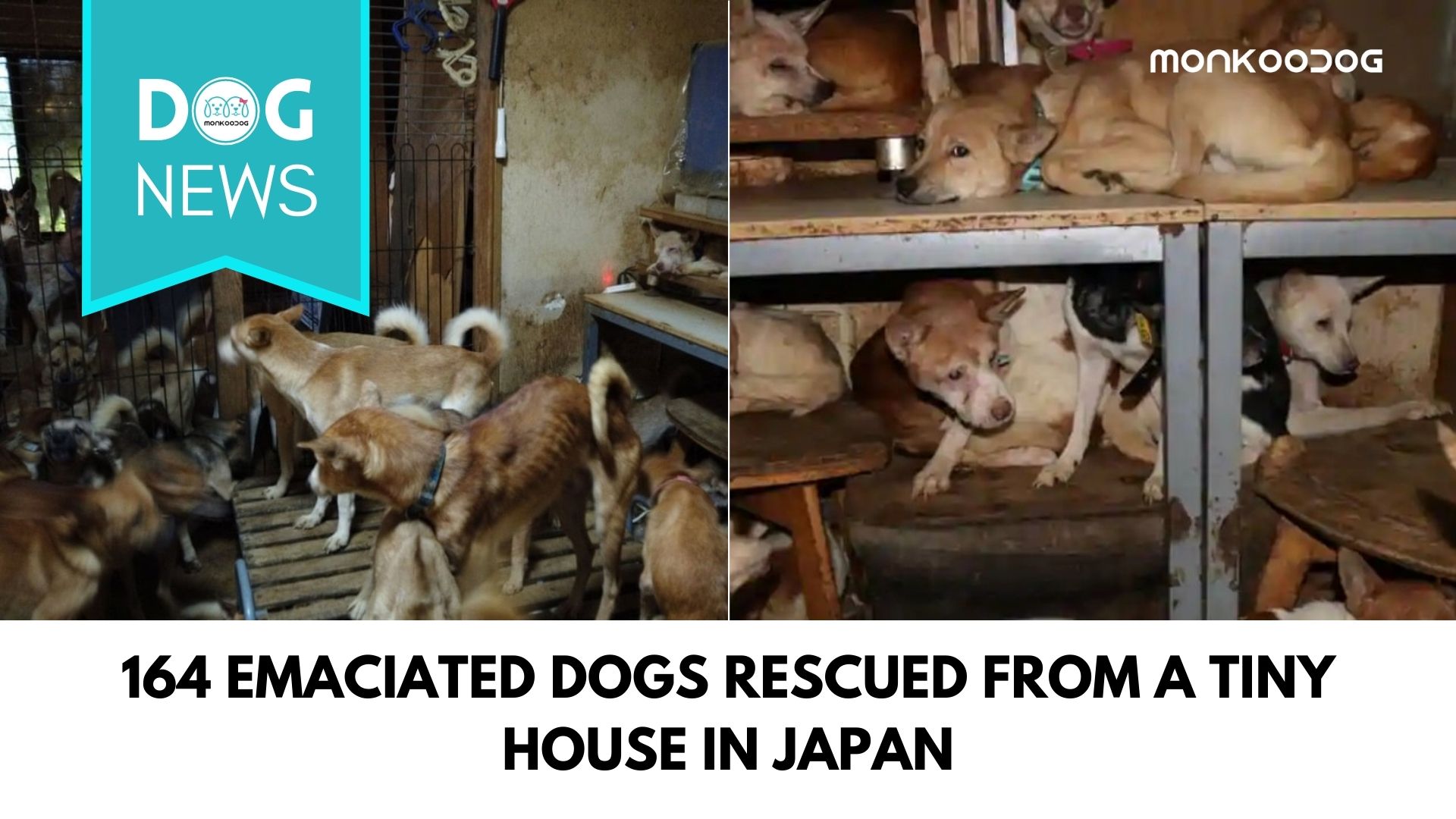 Graying Japan and its animal hoarding problem is not something new. But 2020 brought into light one of the worst pet hoarding cases in the history of Japan. Last month during an investigation in Western Japan, the pet officials found 164 emaciated dogs crowding in a tiny house. Officials said they investigated the area following complaints from neighbors about the cries of the dogs all day. The house the dogs were stuffed in measured only 323 square feet, hardly any big from a small studio apartment for 1 person.

The animal rights group Dobutsu Kickin led the rescue operation to get the dogs out of that hell. Head of the organization, Kunihisa Sagami explained how all of the shelves, chairs, tables were jammed with dogs and there was no space left even on the floor.

“The entire floor was filled with dogs and all the floor space you could see was covered with feces,” Sagami told the Reuters reporters. It is important to note here that this same house was investigated seven years ago following complaints from neighbors about the bad smell and crying of dogs. Though the house owners refused to cooperate or allow any kind of investigative team entering the house.

This time the activists conducted a stricter investigation operation in order to rescue the dogs. According to Sagami, the family admitted to giving up the dogs and handing them over to the animal rights group Dobutsukikin. The hosting family was struggling with poverty and as a result, could neither take proper care of them nor control the excessive birth rate among the dogs. Dobutsu Kickin will be responsible for spay and neuter the dogs in the future, Sagami added. He also assured to find foster homes for the dogs after they receive proper medical treatment.

Animal hoarding cases are not new in Japan. Rather we can say it is as old as Japan itself is. With the increasing population, alarming reports of increasing pet hoardings make headlines every now and then. Let us look at some official statistics. According to the Environment Ministry, in 2017 the number of cats and dogs dying was 43,216. This was the first time that the number got below 50,000. According to the survey of 2018, conducted by the Japan Pet Food Association, around 8.9 million dogs are kept as pets in Japan as compared to 9.6 million cats. Whereas the human population of Japan in 2018 was around 126.5 million. That makes on average every person in Japan has about 7 pets. That’s really a grave problem in any society.

In 2019 the Environment Ministry revealed that it received more than 2000 complaints from neighbors about animal hoarding. The more alarming fact is the number of complaints crossed the mark of 2000 by the end of just March. If in 3 months of a year the complaints about homes overrun with pets cross 2000, you can guess what the picture would look like by the end of the year.

The Health Ministry of Japan revealed that when they analyzed 368 such animal hoarding cases, they found out that 30% of the owners were aging 70 or above with the majority suffering from dementia. The main cause of keeping the pets in foul conditions is poverty coming with the poor health condition of the owners themselves.

In March itself such an animal hoarding case made headlines from Northern Japan where officials rescued 238 cats from an unsanitary house. In June the owner of 66 dogs was arrested for keeping the dogs in extremely foul conditions in an unoccupied house. All rescued pets are taken proper care of under the monitoring committee of the Government of Japan. “There is a tendency … to treat issues around animals lightly, but if we don’t approach the owners of these pets with a view to providing welfare, then we can’t solve the problem”, explained a government official.