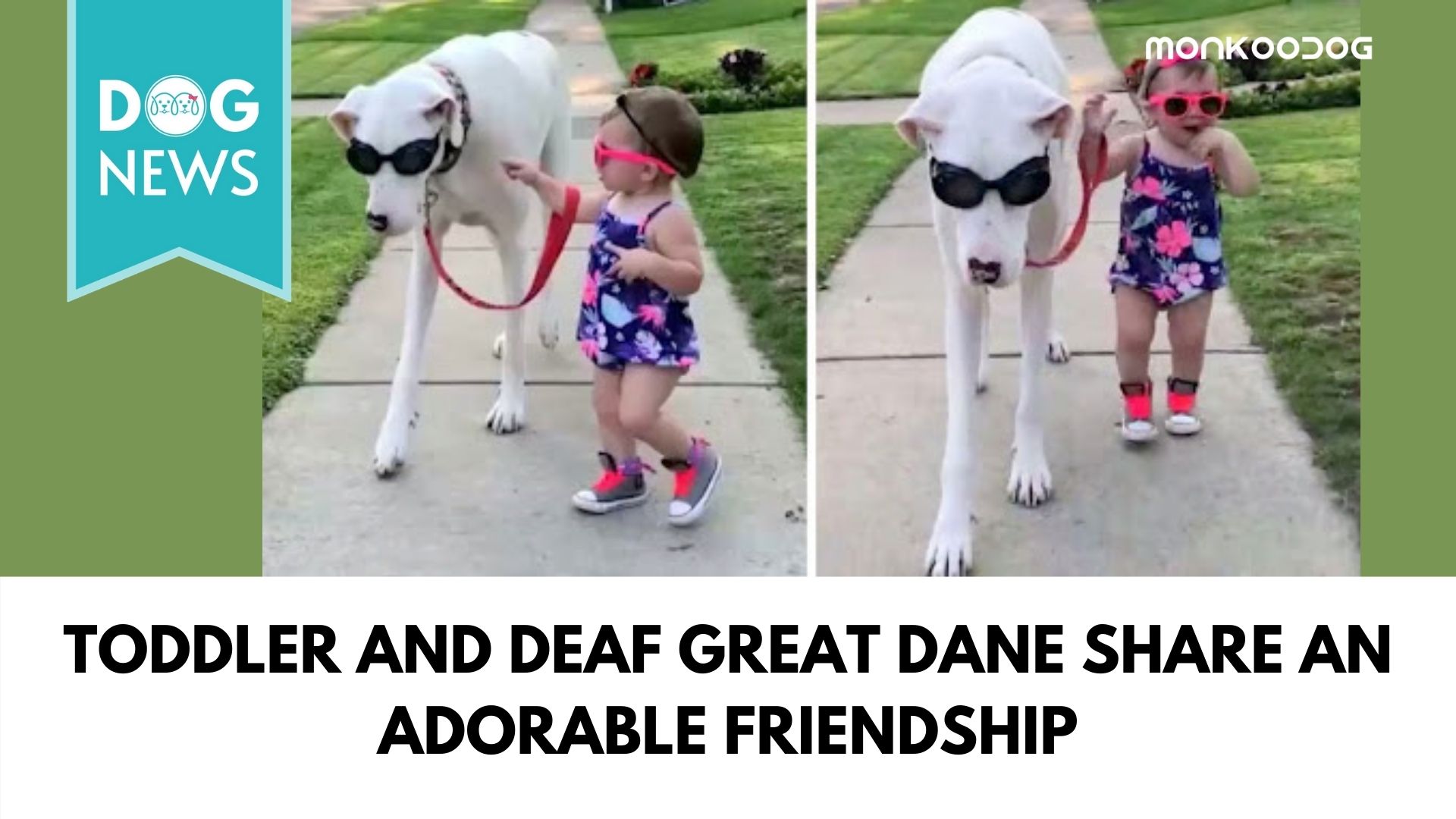 We all know how affectionate animal dogs are. The closest non-human species who we can actually call a friend are none other than dogs. Their bravery, loyalty, and affection aside, dogs are extremely attuned to human emotions and body changes.

When Echo was born, her beauty was not even noticed.  A dog that is deaf and blind is not what most obnoxious pet owners ever would want. And just like that at a mere 12 weeks old, the beautiful white Great Dane Pup was abandoned at a kill shelter to be put down.

However, she was saved right at the last moment by a woman named Marion Dwyer. It took Marion some time before she could understand how much of a big responsibility she had undertaken by rescuing a puppy that could neither see nor hear.

Given the lack of sense of  Sight and hearing, Marion decided to name the pup “Echo” and took her along with her to her home base at Niagara, New York. Echo probably knew it well that, she was finally safe and at her forever home because she began to blossom into a beautiful dog

Her affectionate and extremely playful nature wasn’t lost to the people around and everyone who visited Marion often fell in love with Echo. However soon Marion began to notice subtle changes in Echo’s behavior.

The snuggling and protecting continued until the last hour when Marion went into labor. It was very clear to everyone around that Echo’s disabilities were in no way a hindrance to her protective instinct towards Marion and the little human in her womb.

It did not take Echo even a day to adjust to the news of a new family member. She proudly took on to her duty as the elder sister to Marion’s daughter from the moment she stepped into the world.

Baby Jennie was so attuned to Echo that she became Echo’s best friend and younger sister from the moment she was born. The massive size of a Great Dane can scare away a normal size human but it was never the case for Jennie.

According to Marion, she couldn’t have had a dog who is better than Echo. Despite Echo and her inability to relate to the world like a normal dog, she is extremely gentle and careful around Jennie and never stops guarding or protecting her.

Other than communicating in their own special secret language, Baby Jenny and Echo do everything together. That includes going on a walk together. Recently a video of Jennie and Echo taking an evening stroll in the neighborhood went viral.

Jennie’s tiny size or Echo’s blindness and deafness do not seem to be hindering their stroll through the walkway. According to Marion, Echo always ensures to keep Jennie on the safer side of the walkway while walking and never pulls on the leash or runs away from Jennie. Their legendary evening strolls are quite famous in the neighborhood since Jennie began to walk echo at around 14-month-old. This is a clear exhibit of beautiful love and friendship between humans and dogs.

Also See: Video of a dog dancing after seeing his food has netizens laughing worldwide

Episodes like these are a reminder to us that dogs are not disposable goods or trophies to be showcased. They are beings capable of living, loving, and caring just like us humans.