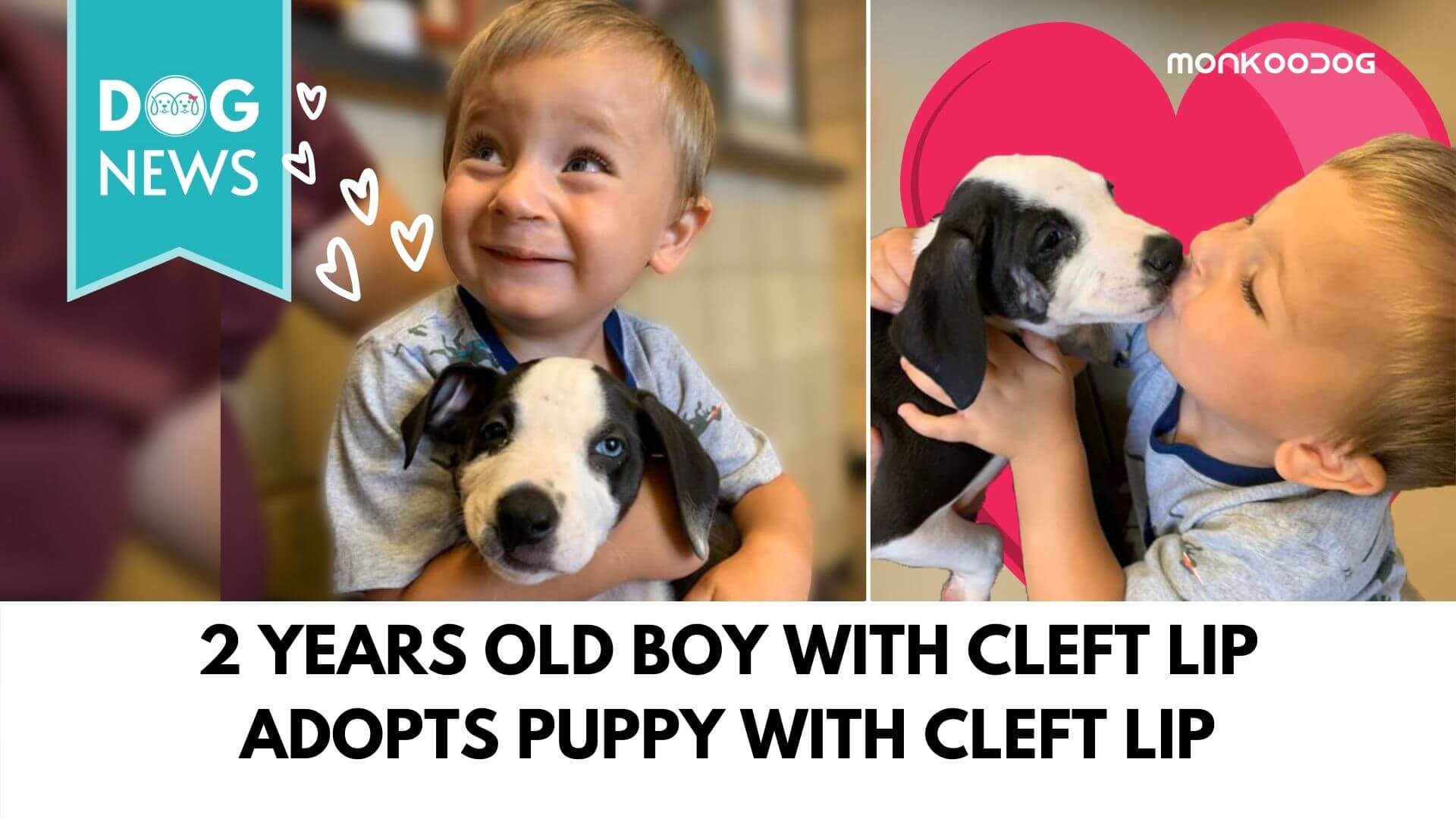 “Birds of a feather flock together” is an impressive quote that holds very true for the 2yrs old kid from Jackson, Michigan. Bentley Boyers has had a troublesome life despite his tender 2 yrs age. Recuperating from Cleft Surgery, this innocent child is under the social media spotlight for all the right reasons.

Bentley’s father, 27 yrs old Brandon Boyers was visiting the Jackson County Animal shelter to find a few chickens to adopt. However, the father-son duo returned home with a puppy instead two days later.

Amidst all the animals in the shelter what actually Brandon noticed was a tiny submissive black and white puppy. It was extremely dull and had given up on itself. However, what actually caught his attention was that the dog also had a cleft lip.

In his own words, he was shocked because he had no idea that even dogs could develop clefts. Brandon immediately decided to video call his wife Ashley about the dog. In fact, to his great surprise, Ashley asked Brandon to adopt the dog immediately if it was available.

On enquiring further, he realized that the labrador mix pup was rejected several times because of the cleft and there were yet to find it a forever home. Brandon began the proceeding for the adoption when Ashley decided to go back to the shelter again the next day with her son Bentley.

Bentley did not take much time to bond with the puppy and soon enough they had become best of friends. The love and attention the pup received, completely transformed it into a lively and playful little cuddle buddy within minutes.

Soon enough, Bentley named the pup Lacy. According to Ashley, Brandon probably loved Lacy from the first moment because of the hardship he had to face at such a tender age. Within two years of birth, he had to undergo two major repair surgeries and there was a lot more to follow as he would slowly start to grow.

The tender and emotional story shared online have garnered a lot of attention from pet lovers worldwide and many have reverted with prayers and blessings for the family and the puppy.

PrevPreviousStanley & his son decided to decorate the hole on their fence for their curious dog with some famous paintings & movie posters
NextCEO, Jeffery Previte caught abusing pet dog in a shocking surveillance video footageNext