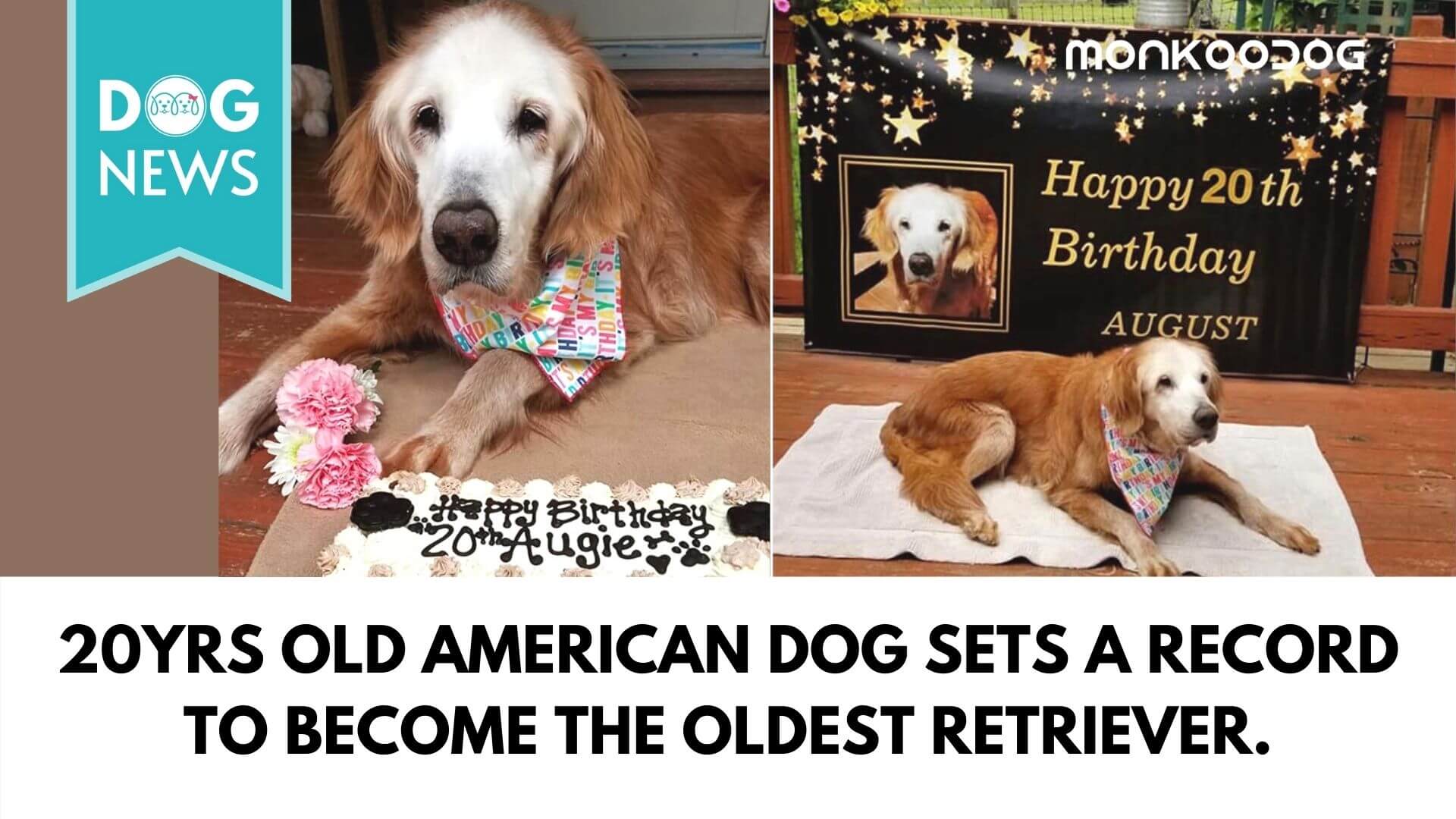 The relation between man and dogs has been in existence since the beginning of time. Humans who don’t like dogs are a rarity. However, amidst all the bonding and love shared between both these species, there is one hindrance that stops many humans from adopting a dog.

Sadly enough dogs do not live a very long life. On average, a dog survives anywhere between 8 to 14 yrs at the maximum. Some do live a bit longer but those are a rarity. Auggie is an exception to this data.

Dogs, especially golden retrievers do not live beyond 10 to 12 yrs at the maximum. This fun-loving and extremely people-friendly cuddle bear is one of the most intelligent and preferred breeds.

The lovely face and playful nature aside, Goldies are very sweet-natured and perfectly suited for families with children and elderlies. A great addition to Canine Sniffer units and as Therapy dogs, they are versatile in every role they are trained for.

Auggie’s spectacular journey through these long 20 yrs was shared by Golden Heart Golden Retriever rescue. The emotional and heartwarming story is a true inspiration for any dog lovers. When Auggie began her journey as a tiny puppy SHe never knew she would have to live a long time before finding herself a permanent home.

After being adopted and given away numerous times for no known reason, Auggie found her final forever home with the Hetterscheidt family in Oakland, Tennessee. Jennifer and Steve Hettersheidt adopted Auggie when she was already 14 yrs old in human age.

According to the family, they had immediately fallen in love with Auggie’s droopy eyes and comical face. What surprised most was that Auggie was relatively happy and healthy for a 14 yrs old dog. However, this happiness did not last long and soon enough Auggie was diagnosed with Kidney Disease.

6 yrs have passed since the first diagnosis and Auggie is still doing well. Steve and Jennifer make the extra effort to monitor his daily routine and food in a very careful manner to help him live better.

Deciding to celebrate Auggie’s 20th birthday in a grand fashion was planned for a long time by the Hettersheidt family. In addition to a custom made Dog carrot cake, there were many threats that were perfect for Auggie’s old age.

Auggie’s birthday bash also included his other rescued and adopted retriever siblings Sherman, Bella, and Bruce. Since the story was shared online, people from all over the country wished the lovely dog Happy Birthday and hoped that he would live a few more happy and healthy years.