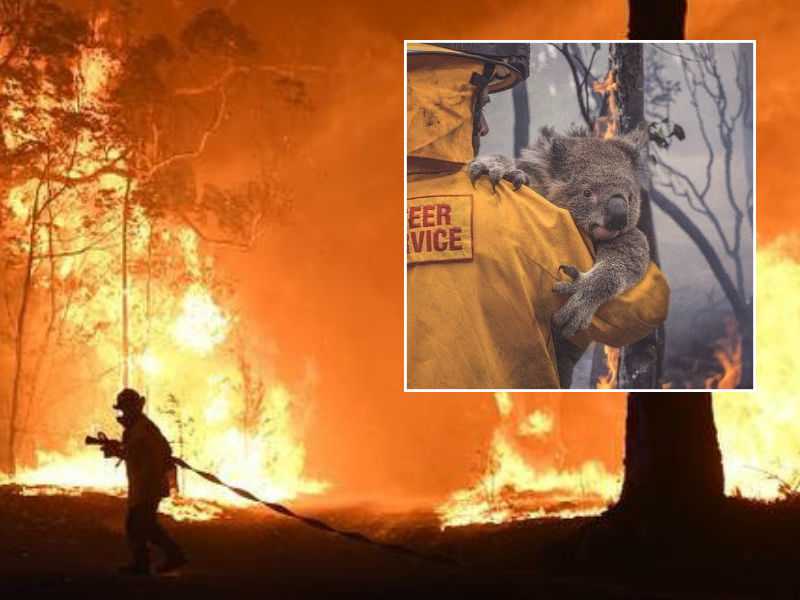 Home » 5 Million Hectares of Land Destroyed and Yet the Australian Bushfire does not Seem to Rest!

5 Million Hectares of Land Destroyed and Yet the Australian Bushfire does not Seem to Rest!

Australia is engulfed in a mix of smoke and ash and the world cannot do anything other than watch in horror as land after land keeps burning away. With over 5 million hectares of land flaming, it is now only wait to see when and how this global warming-induced calamity will finally stop.

One of the most disastrous occurence in the history of Australia, the bushfire does not seem to be stopping anytime soon. With the temperature soaring over 50 degrees in the past few weeks, it was only a wait before it was bound to happen.

With over 500 million birds, reptiles and animals already engulfed by this massive fire, the Wildlife Conservation of Australia is expecting news to get worse in the next few days.

How Can we describe this ! Australian fire fighters feeding the thirsty animal kaola at forest fires #AustraliaOnFire #saveAnimals pic.twitter.com/vuDEngOiTy

One of the worst news is how the Bushfire has affected the population of one of the most endangered species, the Koalas. An estimate of 8000 Koala death has been reported which is almost 35 percent of the entire population.

As of now, 17 human death has been recorded along with complete destruction of over 1,400 homes. 3 people are still missing and more is yet to be reported. Bairnsdale and South Buchan as of now have been the worst affected areas with recent additional fire reaching Mallacoota.

The advent of thunderstorm in the last 12 hrs may seem like a respite, but how far the rain will be able to stop the fire from spreading cannot be decided as of yet. Authorities have weather experts constantly studying the situation and mapping out the best plan to stop the fire from moving any further. 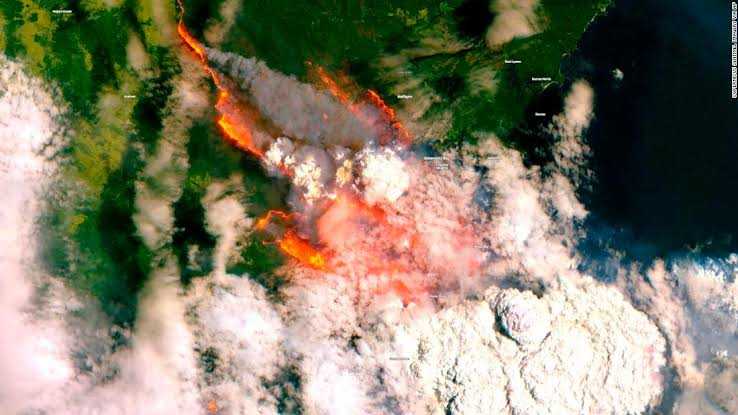 With an orange tinted sky, it is easy to mistake the scenery as a Sunset rather than natural raging in fire. The team of thousands of volunteers, Disaster management units, Militants and Firemen battling to stop the Fire from progressing any further, it is now only a waiting period to finally see it stop.