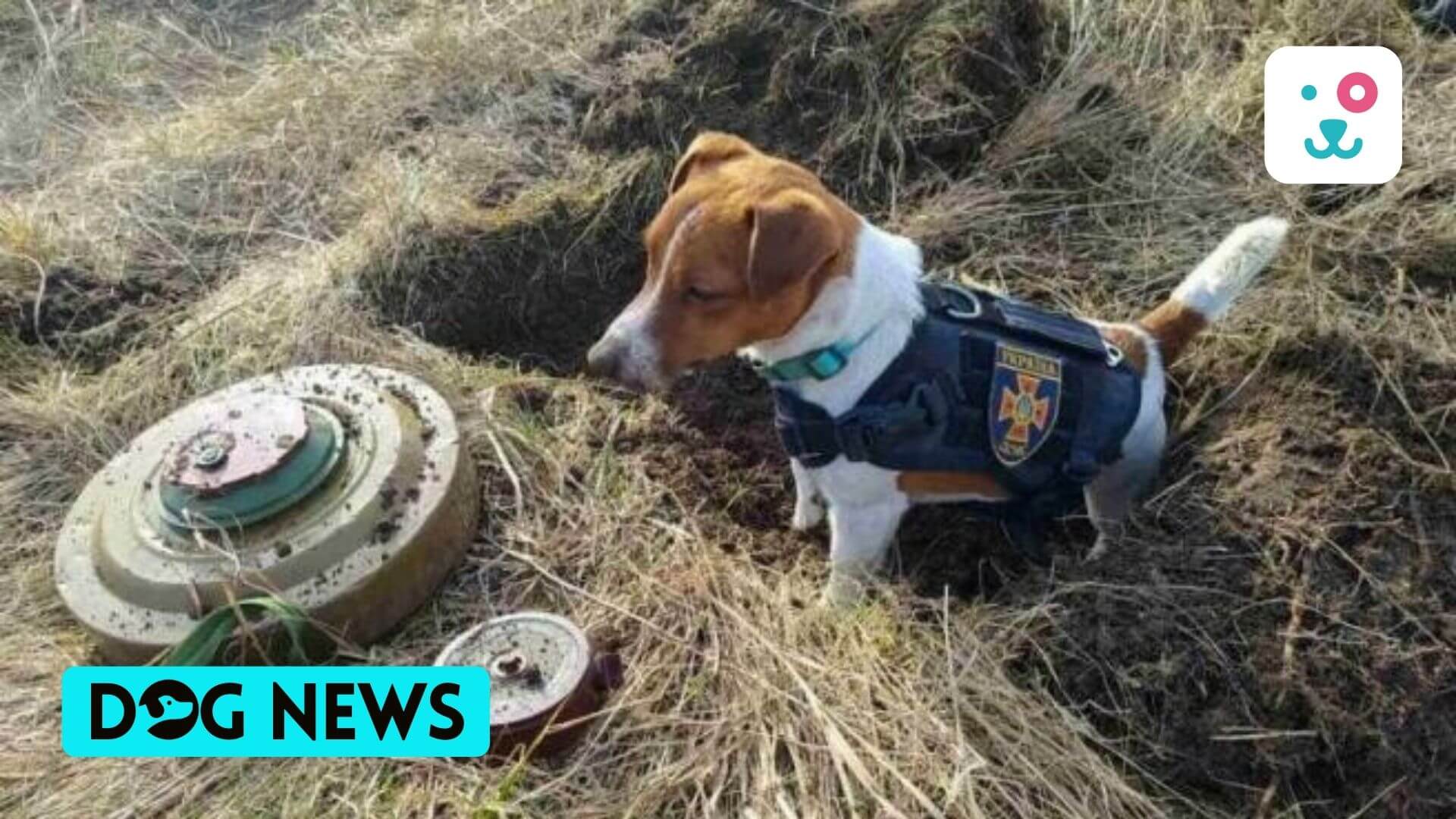 The war which is threatening the world right now between Ukraine-Russia is full of stories of bravery. After all, it is in tough times like these when humans get to show what they have got. The story of Patron went viral on social media and netizens appreciated Patron’s services.

bravery more than any other time.

In Ukraine, it is not only humans who are showing what they have got but animals are playing their part in bravery too. Animals are doing whatever they are capable of in saving Ukrainians from the Russian invasion.

How a 2-year-old Jack Russell Terrier is saving lives?

Recently, a dog came in to picture who is named ‘Patron’, the dog is two years old. Patron, a Jack Russell Terrier has proved himself to be a hero as he can sniff out explosives in and around Ukraine.

The state emergency service of Ukraine recently posted a video of Patron on their Facebook page. According to the post, Patron has helped in clearing around 90 explosives so far.

The post when translated to English reads, ‘Patron, our militant dog, continues to serve the pyrotechnicians of Ukraine. Ever since the war started, Patron has cleared almost 90 explosives. Thank you friend for your tireless work.’

Patron works with the defense services and plays a very important role in detecting explosives. His sniffing power is amazing as he always leads the forces in the directions where he can smell dangerous explosives. This has helped in saving the lives of millions of innocent Ukrainians who are victims of war.

Dogs have always been trained to work in conflict zone all around the world. They have proved themselves to be extremely useful in such scenarios.

Also See:- In War-Torn Ukraine, A Real-Life Hachiko Was Seen

Jack Russel Terrier in particular is a dog breed whose origin lies in England. They were bred to hunt foxes. They are very clever and an independent breed of dog, and they can be trained easily. Their energy and efficiency along with their brains have made them immensely popular in Ukrainian defense forces.

Few of the comments on the post were like, ‘This dog is a miracle, take care of him. Glory to Ukraine,’ other was ‘Probably he is the best influencer dog, inspiring people in tough times.’

Well, all we can wish for is for this war to end.