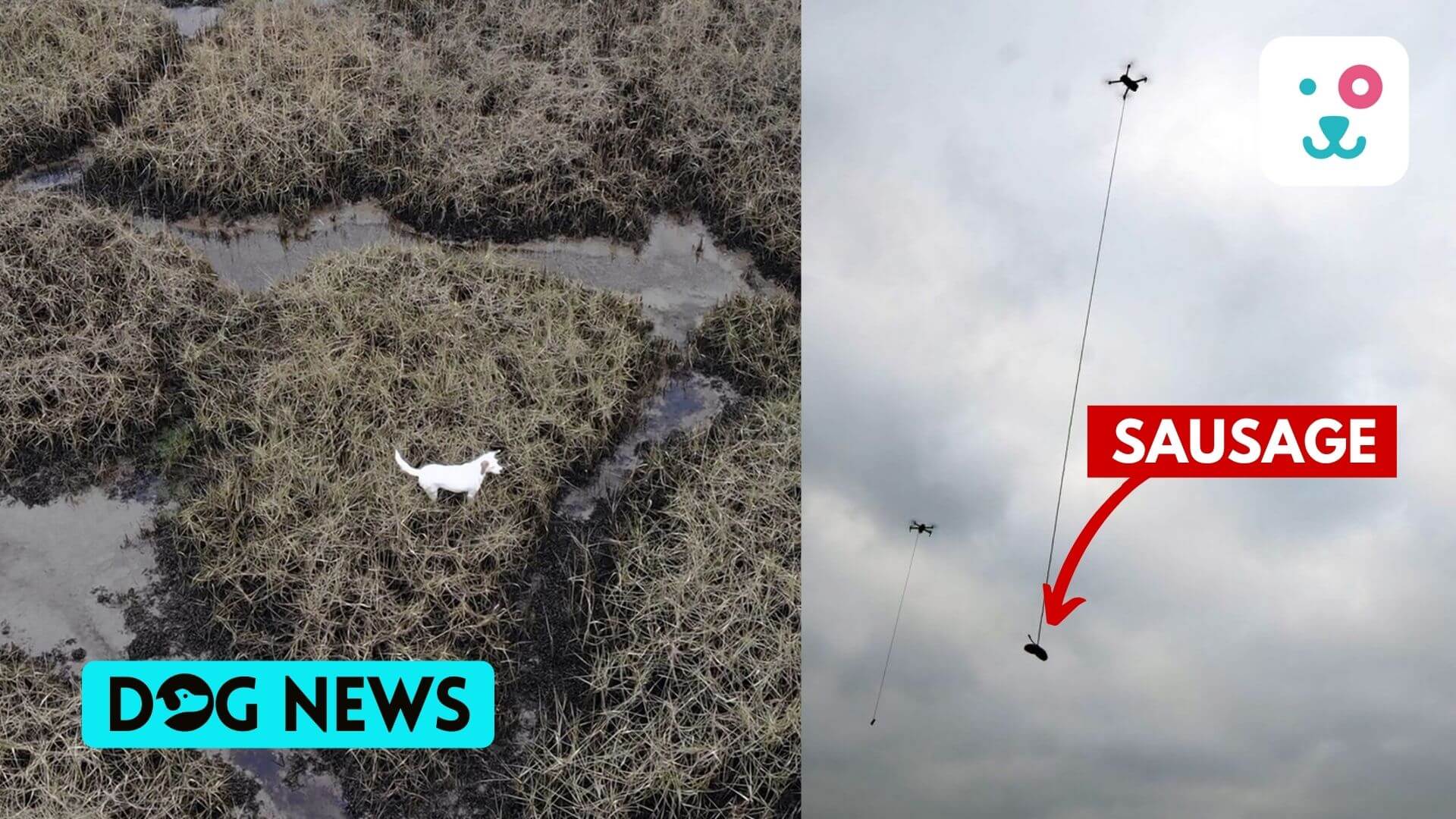 A creative dog rescue mission using sausages as a bait

A three-year-old puppy named Millie, a Jack Russell recently got lost in the reed beds close to Emsworth, Hampshire. Luckily, people spotted him in some dangerous area of mudflats from the sky.

A drone search and rescue group called Denmead Drone Search and Rescue Group launched the mission after the previous missions to find the pup failed.

They used the creative idea of using sausages to find the Dog Rescue. One of the volunteers of the rescue group Chris Taylor called it a genius idea.

Millie’s parent Emma Oakes was very scared when she lost Millie. Emma was out on a walk. Millie ran off and Emma could not find her.

But two hours later, a rescue group spotted Millie on the coastal mudflats at Langstone.

The rescue group Denmead drone Search came into existence three years back. The sole purpose of the group was to find missing pets and people. They located Millie through a drone.

Chris Taylor reportedly said ‘ The marshlands were due to flood, it was an emergency situation and we had to do something quickly to save Millie. The pilot of our drone came up with this creative idea of using food to lure Millie. We decided to go for it as we had no time to come up with another plan.’

The drone lured Millie for almost 300m until she reached the edge of the mudflats where she was supposedly safe.

But the problem did not solve immediately as after eating half of the sausage, Millie again escaped into the woodlands near the A3.

She ran for two more days in the woods and was spotted three miles away from the Cosham Fire Station. Finally, the rescue team saved her.

‘ It was something unusual, this is not the kind of rescue we do on a daily basis. It took a little more than usual effort from our side. The area she was lost in was not the most comfortable area to navigate,’ said Chris.

Emma said Millie was well. She appreciated the volunteers and was extremely thankful for their effort in finding Millie.

Other News:- Dogs Falling Ill With A Mysterious Illness In UK; Symptoms Range From Severe To Even Death

PrevPreviousDogs falling ill with a mysterious illness in UK; symptoms range from severe to even death
NextA dog’s bravery saves the life of a drowning baby deerNext