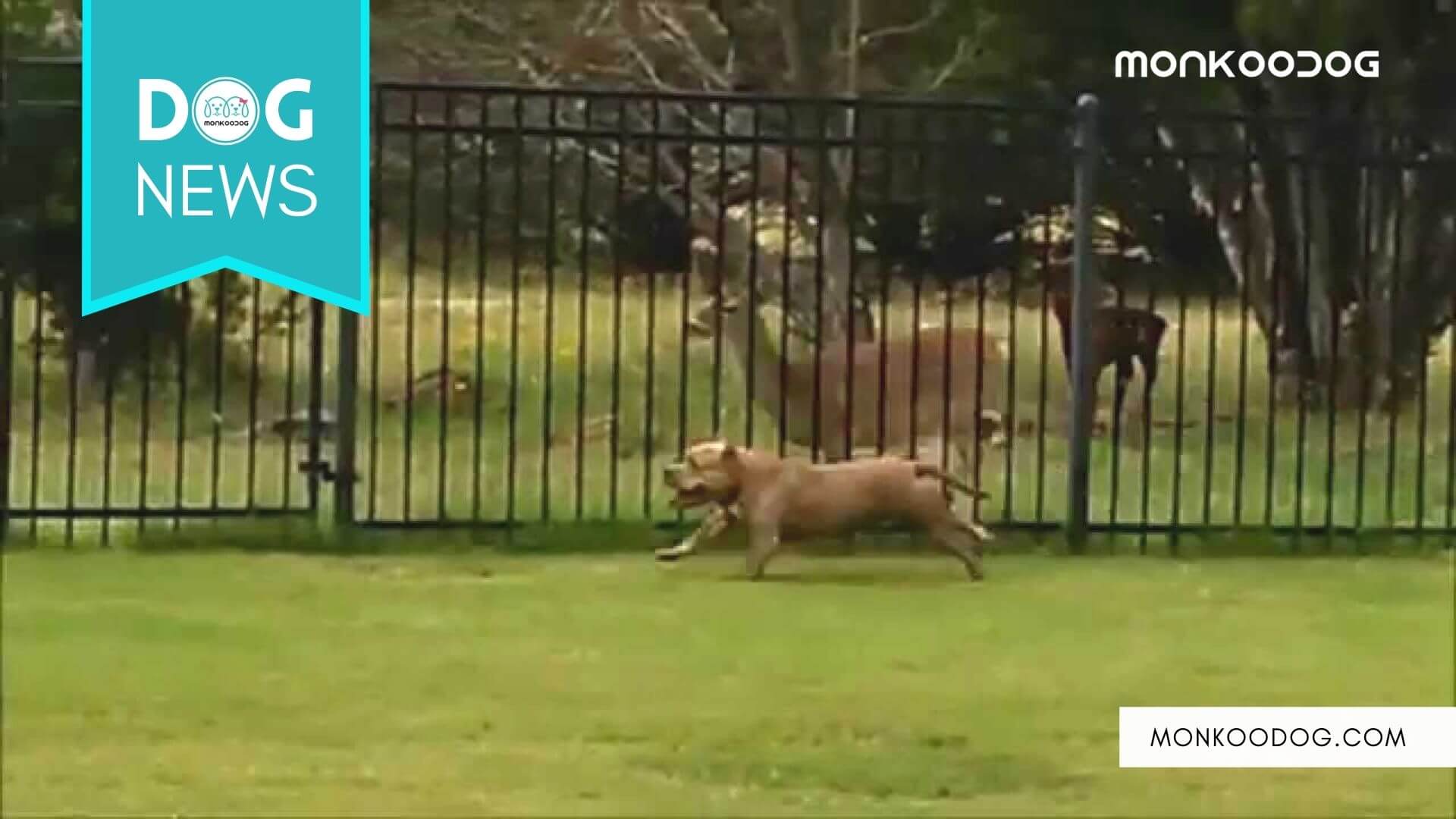 News and videos of interspecies relationships and bondings are some of the most viewed and favored topics of social media. Almost every channel and platform have been known to have these montages of incredible relationships that garner millions of views and readerships almost every day.

A Twitter handle by the name Buitengebieden is known for posting animal videos and footage that are often quite an interesting watch. Owned by a Netherland-based social media influencer named Sander, Buitengebieden is often in viral news for its unique and fresh content.

While the month of May might have ended with a very controversial video of a young child singing to a Prairie dog while cuddling it, the month of June began with yet again a viral video that garnered over a million views since it was posted on June 2nd.

Titled as “dog vs Deer Speed test”, begins with a dog playing in the backyard of a house when suddenly a deer appears on the other side of the fence. After a fraction of a second interaction, both the dear and the dog begin to run at high speed parallel to each other. While they remained on either side of the fence, they continued running forward and backward for quite some time.

Though the expression of the deer could not be well-read, it was clear that the dog was enjoying the whole camaraderie given the fact that his happy wagging tail could be clearly seen from afar.

The 50 -second video already has 2.4 Million views and has been retweeted 3400 times. With over 20 thousand likes and 200+ comments, the video is yet again a beautiful reminder of how strange the bonding is between two entirely different species.