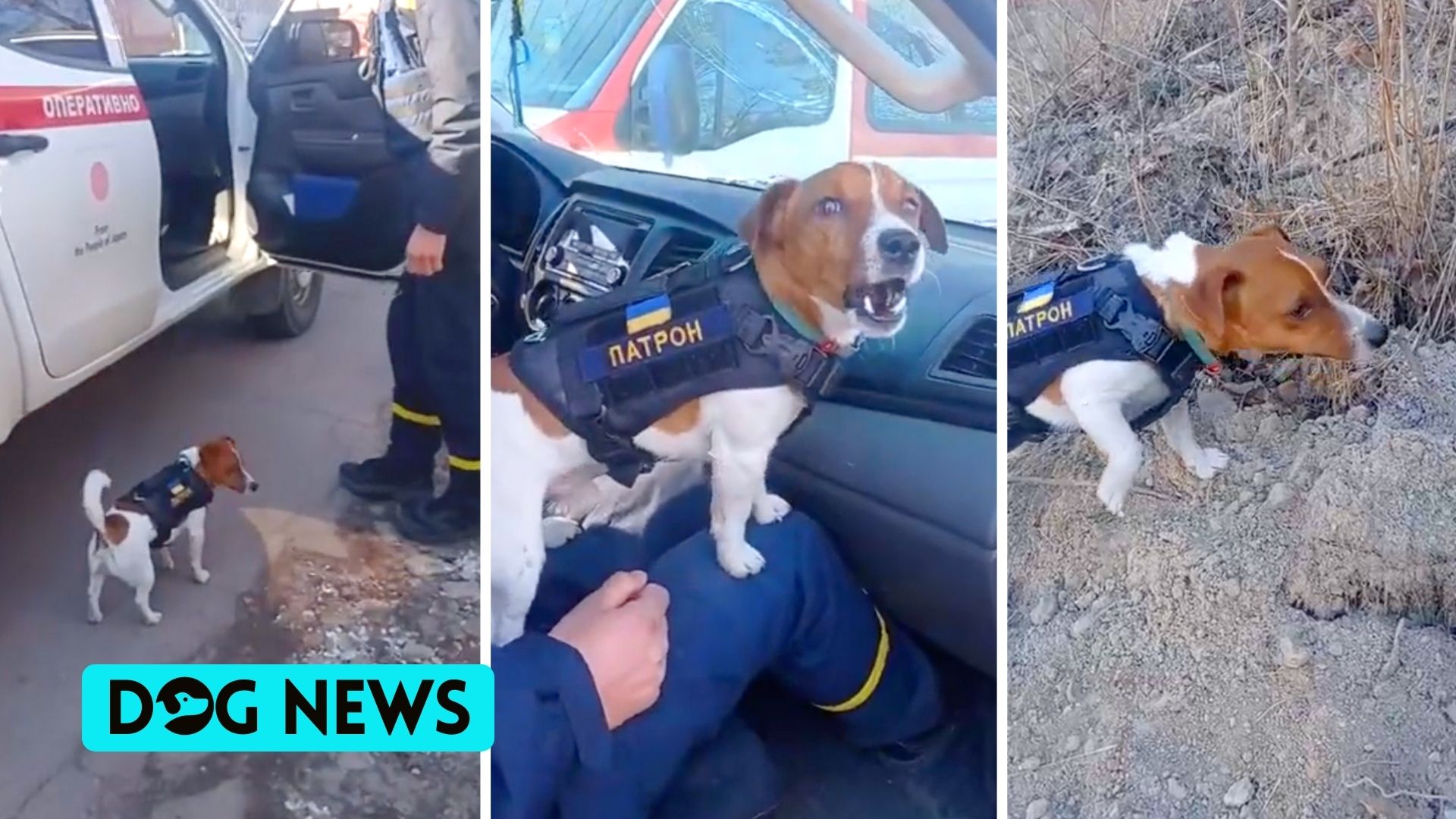 Home » A dog coming to the rescue of the Ukraine emergency services in detecting explosives.

A dog coming to the rescue of the Ukraine emergency services in detecting explosives.

A dog is coming to the rescue in Ukraine. A dog who recently got fame for the right reasons is going viral all over the internet. Recently, even the State Emergency Service of Ukraine paid homage to this dog.

This dog is helping the authorities in detecting bombs in the city of Chernihiv. This service of dog is helping a lot, especially in the ongoing Russian invasion of Ukraine.

The State Emergency service of Ukraine handles a different variety of services of the Ukraine Government for eg. Civil defence, rescue. Etc. The service told the media that the dog has been helping a lot, especially the emergency services workers in clearing the explosives ever since the beginning of the Russian attacks.

How is the dog helping?

The video which went viral on social media shows a small cute puppy being fitted with a special vest. Later he hoppes into a car with a handler. He sits in the front seat.

After the rise, the dog can be seen walking in a field and sniffing while walking.

In the words of the services, ‘Our little cute militant dog continues to serve the country and the people since the war started, the little pup has helped the authorities in clearing almost 90 explosive devices.

The war has been going on since the last 4 weeks.

The dog is serving in Chernihiv, the city which is around 100 miles northwest of the capital city Kyiv. The city is closer to the Belarus-Russian border. The city faced a very dangerous and heavy air attack and ground fire by Russia on March 16 and 17.

In that particular attack, more than 50 people were brought to morgues in just 24 hours. Viacheslav Chaus, the local governor told the Ukrainian TV that there was one American in the list of the victims.

The Fox 9 News later identified the American victim who was a 68-year-old man, named Jimmy Hill, born in Minnesota.

Jimmy Hill is the second citizen of the USA who lost his life in the Russian invasion of Ukraine. The first was the Journalist and Filmmaker named Brent Renaud.

Everyone is playing their part in whatever manner they can to help the survivors and people in Ukraine. The war is taking lives day by day and people are suffering especially little children.

Let us hope that these atrocities by men over men end soon and we again see peace in the Russia-Ukraine regions.

Also See:- The Behind Story Of The Viral Video Of A Ukrainian Man Carrying A Dog On His Shoulder