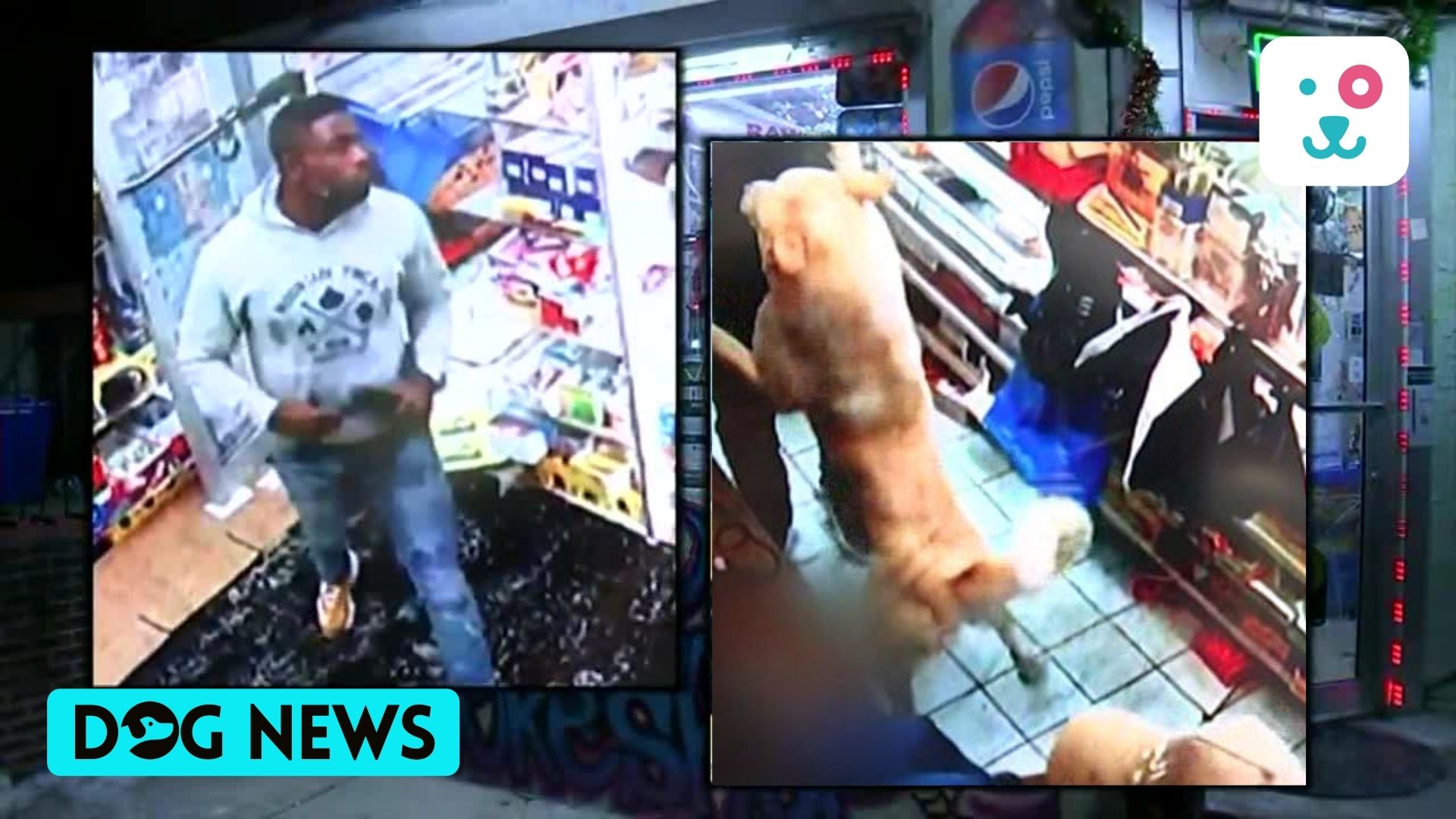 An unfortunate incident at a Philadelphia corner store led to a battle between the store’s clerk and two armed robbers. The battle was captured on the store’s CCTV. The battle, unfortunately, involved guns which could have resulted in the loss of lives. Fortunately, no one died. The manager of the store gives the credit to his dog saved the lives of his clerk and himself.

The video which came to light shows the incident of early morning on Tuesday. As can be seen in the video, two robbers are rushing into the Big A corner store in Philadelphia’s Wissinoming section. The robbers are armed with one big gun and the other a small gun.

According to the store’s manager named Sammy Aloubehi, the robbers ran towards him and the clerk, a girl. They put the gun on the heads of the girl and the manager. They commanded them not to move and stay still.

One of the robbers pointed a gun towards the store’s clerk who is aged 32. The clerk was sitting on the couch.

‘It actually happened right here. They came to us with guns. The girl was sitting on the couch here. The bullet was loaded. It was at her head. She was almost dead. It was at this same place,’ said Aloubehi.

How the dog saved lives?

According to the manager, their lives were saved because of his dog. The robbery could have turned into a deadly blood bath had it not been his dog who is named Bullet did what he did.

Bullet the dog sensed the threat. Before anyone could do anything, Bullet jumped over the robber. He came in between the girl and the robber and somehow diverted the robber’s attention. Had Bullet not intervened at that moment, the clerk might have been dead. The moment the robbers were distracted, the clerk took out a gun and fired in the air.

‘Had he not intervened at that moment, the robbers for sure would have shot the girl. Bullet helped us. He saved our lives,’ said Aloubehi.

In the video, one robber can be seen running away. The other one shot at the clerk a few times. The clerk took four bullets but fortunately, she is out of danger. She will recover soon as she is doing fine as of now. Thanks to the dog who actually saved two lives by risking his own.

After the incident, the police investigated the zone of crime and recovered a weapon left by one of the two robbers. The case is under investigation but no arrests have been made as of yet.