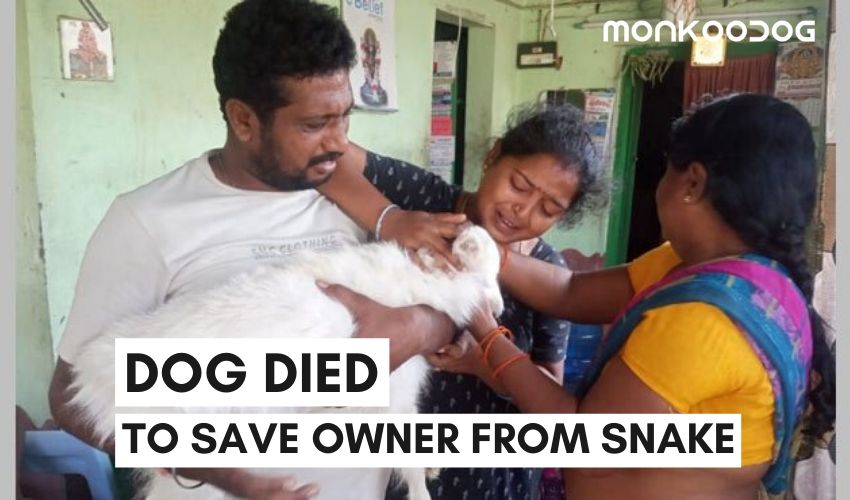 Home » A Hero Unlike Any Other: Man Saved From Venomous Snake Bite By The Pet Dog

A Hero Unlike Any Other: Man Saved From Venomous Snake Bite By The Pet Dog

It is not uncommon to hear dogs being the Knight in shining armor. With their inborn instinct to protect and serve, dogs have been always regarded as the most loyal and unconditionally protective beings.

When things are going haywire all around the globe, the only news reports have been about chaos. However TV9, Telugu reported something different on April 13th that really touched thousands of people on an emotional level. 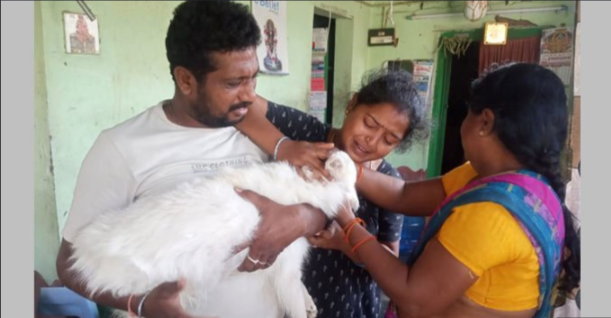 Caption: Dog died while saving his owner from a snake. Credits: Telangana Today

In the quiet town of  Kallur of Khammam district in Telangana, India resides Dr. Kishor and his family. Employed at RMP, Kishor had a white Pomeranian named Snoopy. An extremely well loved Snoopie was well known in the neighborhood for his sparkling white appearance and immense love and devotion towards the family.

On Sunday morning, unknown to the family, a snake slithered into the house. Snoopy had seen it and barked tremendously trying to make others aware of the impending danger. However, since everyone was busy with their daily chores, they thought Snoopy just wanted to play.

Unable to draw attention to the problem SNoopy went ahead to fight the snake alone. Meanwhile hearing all the commotion, Kishore woke up only to notice the snake nearby. Though he immediately killed it, he was yet to receive a greater shock.

SNoopy had been bitten by the snake while he was attempting to ward it off from reaching Kishor. Though Snoopy was immediately taken to the vet, he was pronounced dead, leaving the entire family crying and wailing in sadness.

Kishor was often seen playing and cuddling Snoopie after a long day at work and people were well aware of their attachment and love for each other. So, it is not a surprise for people around to see Kishor in such a distraught condition after Snoopy passed away.

This incident once again proved how emotionally invested dogs are in their family. Like Snoopy many dogs have given their lives without thinking for a second, just to save the humans they love unconditionally.

PrevPreviousPet Shelter Rescues and Reunites Family With Lost Dog After 3 yrs of Waiting.
NextNetizens Go Gaga Over a TikTok Video of a Dog Owner Waking Up His Deaf and Blind DogNext