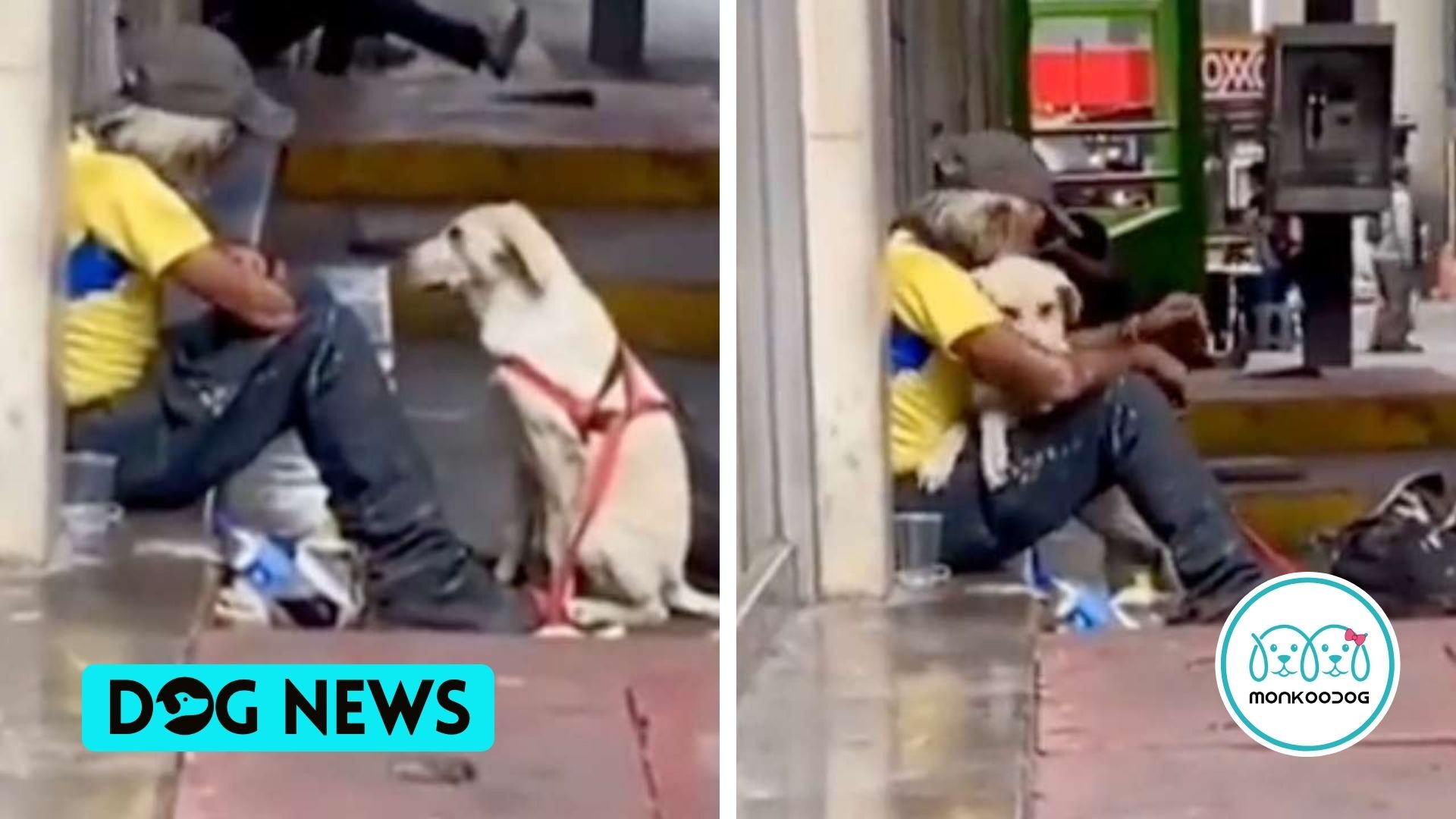 Home » A homeless man gets the taste of unconditional canine love

A homeless man gets the taste of unconditional canine love

After countless retributions and frowns from the civilised society, a homeless man found love in the arms of a dog. A video is circulating on the internet in which a homeless man is seen being given a hug by a labrador.

In the video, a homeless man is seen sitting on the pavement of a street, passing a day like he does all his days. A golden labrador, with a red leash in the neck, approached him.

The man considered it pretty normal, dogs approach people, what’s the big deal. However, this adorable canine does something that is so not normal. He stares at the man for a few seconds. He seems to sense something from the man that is invisible to the human eye.

The dog understands the need for affection of the man and just goes forward and gives him the most lovable hugs of all time. The man couldn’t resist the completely unselfish act of love from a speechless being and hugs him back in the same adorable way.

The video has acclaimed its place all over the internet since the time of posting. Posted from a twitter user account, the video has received over 10 lakh views and hundreds of comments.

How did people react?

People got emotional in the comments with compliments like ‘We do not deserve dogs’. The canine understanding of human emotions is underrated and is being witnessed after this video surfaced.

Moreover, A user mentioned that we often forget that homeless people too are in need of affection. Another mentioned that the love and compassion from an animal is absolutely the best thing about life.

Love or compassion is the thread we all hold on to to go through life. The surprising fact is that humans consider themselves superior to animals and yet, the animals are capable of providing the vital ingredients of existence that we humans feel ourselves unable to.

Also Read:- Dog’s Unique Way To Play All On His Own.

APPSTORE
GOOGLE PLAYSTORE
PrevPreviousDog’s Unique way to play all on his own.
NextCollege Students saved a Dog buried in Avalanche.Next