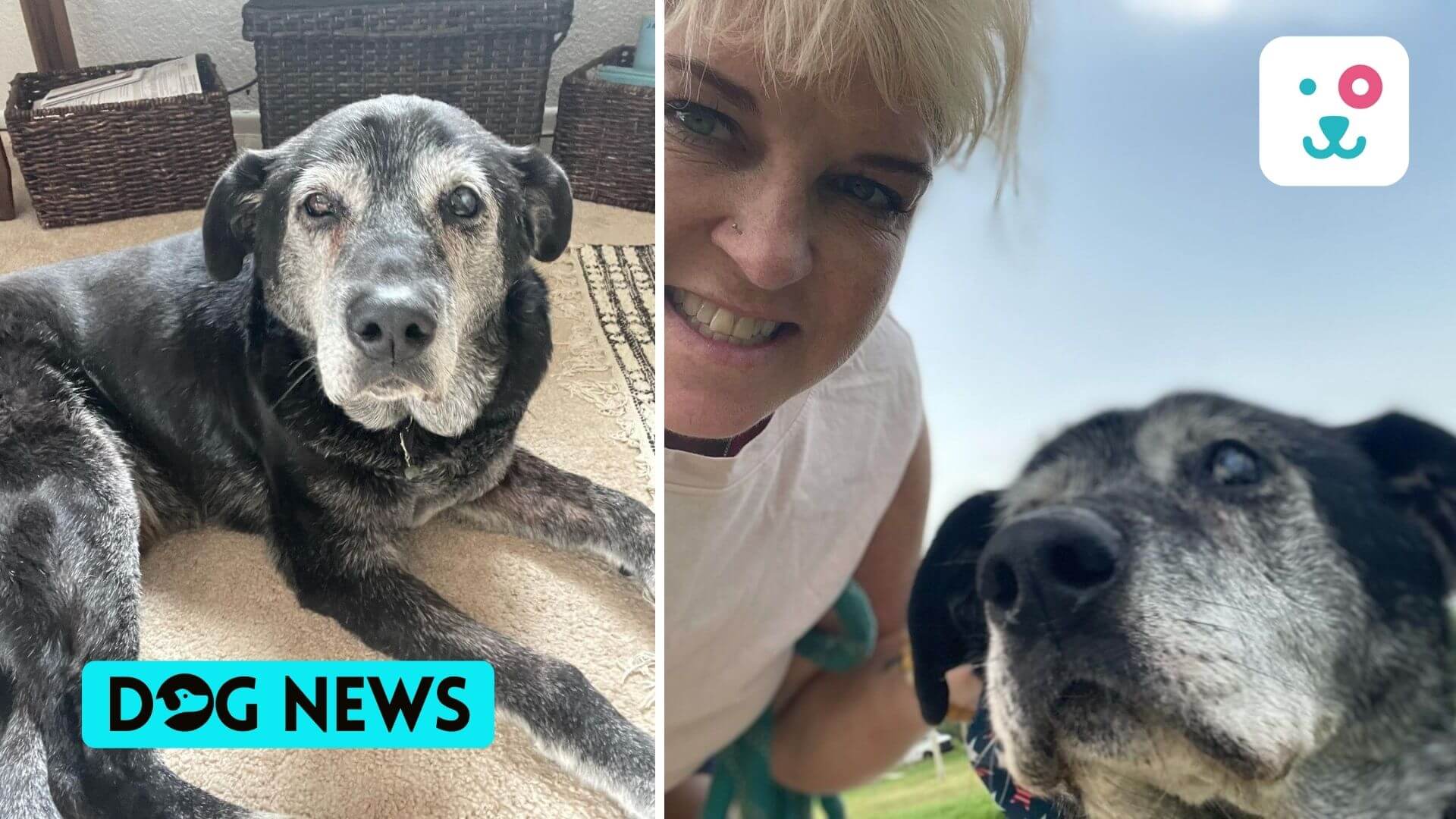 Home » A man brought an old dog home to let him live the best in his last days.

A man brought an old dog home to let him live the best in his last days.

It was a year back when Zach Skow happen to visit Marley’s Mutts Old Dog Rescue center in Tehachapi, CA. He saw a dog, an old dog, and he felt an instant connection. The dog who caught Zach’s eye was a 16-17 year old. Considering 16-17 is a little too old for dogs, Zach couldn’t think of leaving the dog in the shelter house to die all alone. After all, no matter who we are, we are not supposed to die alone.

The old dog named Henry didn’t have much time on earth as he was already too old, so Zach took the decision to bring Henry home with him. Zach wanted Henry’s last days to be the golden period. He wanted to be with him in his last days to provide him the care that he deserved.

Zach brought Henry home exactly on March 6, 2021. He expected a handful of days together. But fortunately, it has been a year since that day and Henry is doing perfectly fine.

When Henry came to Zach’s house, he could not even walk properly because of his weakness. But after a little care and love of the people in the house, a year later Henry is running around along with his daddy Zach.

Life in a shelter

Life in a shelter is not as comfortable as we might think. Because of the large number of dogs there, not every one of them gets proper care. Living with a family is different, it’s love all around, proper care, and a nutritious diet. All these things play a very important part in the dog’s health.

And it was proven once again in the case of Henry. The dog who could not walk properly and was about to die to the dog who is running around the house and extended his life by a year and hopefully more.

Though it is a fact that Henry has gray hair and is a little less energetic than he was when he was young, he is loving his life now. He is happy and enjoying the love of his new family. From a dog who was in the bed to a dog who is almost running and enjoying life while making new friends, Henry is definitely living his last years well.

Zach’s decision to bring Henry home has impacted Henry positively in all aspects. Zack takes care of Henry’s health by providing him with a well-balanced vet recommended diet, slow physical activities fit for his age and regular vet checkups. All these things worked in his miraculous recovery and he is now living a good life.

Acts like these should be appreciated and we should talk about it more often so that people get motivated to help the creatures who can’t help themselves.

After all, none of us should die alone. We need to die in the presence of the ones who love us. Zach just tried to do that for Henry and gave him life instead.

PrevPreviousA man saved the life of a collapsed dog at the park’s door.
NextAdorable dog playing hide and seek but could not hide his tail.Next