A Man Found a Pup Freezing on a Snow-Covered Road, Formed a Bond with Pup Instant. 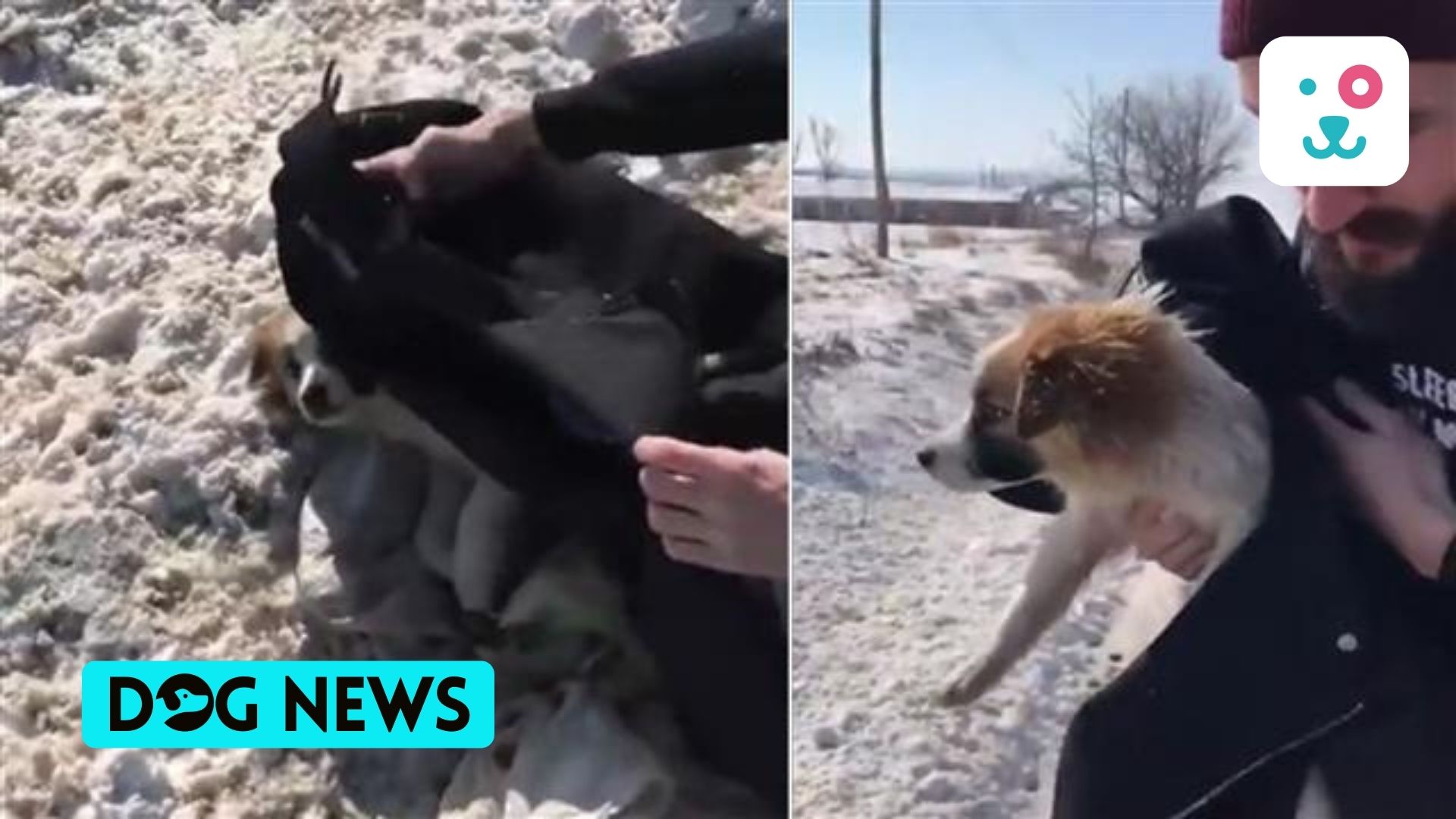 A video went viral in which a man found a pup freezing on a snow covered road. People shared the video heavily all across social media. In the video, a man found a puppy on the roadside full of snow. He was overwhelmed and picked up the puppy in his arms and decided to adopt him.

In the video, the man was going across a road. Snow had completely covered the puppy. He suddenly stops and sees a little pup standing around the corner of the street all alone. Then, the man bends down and wraps the dog into his coat to give him some relief from the cold. Slowly, He uncovered his eyes and looked at him. They both felt an instant bond.

The man himself uploaded the video on Reddit with the caption ‘I found this little guy all alone on the street covered with snow. I used my coat to touch him first because I wasn’t sure if he would like an unknown touch. I was not sure if he would bite me. The dog was named Mate. Infact, he was happy to sit in my car. I gave him a bath at my home, and I have planned to adopt him.’

Within 9 hours of the video on social media, it was heavily shared and received around 2000 upvotes. Everyone was interested in the little furry pup and wanted to know more about him. Moreover, Netizens were asking for more videos of the pup. People appreciated the act of man and said it’s good to help animals who can’t help themselves. Not only this, but they also wished him a long and happy life. Some even hailed the man a hero.

In conclusion, it’s always good to help the creatures that can’t help themselves. Indeed the man is a hero that helped a creature in the snow cold.