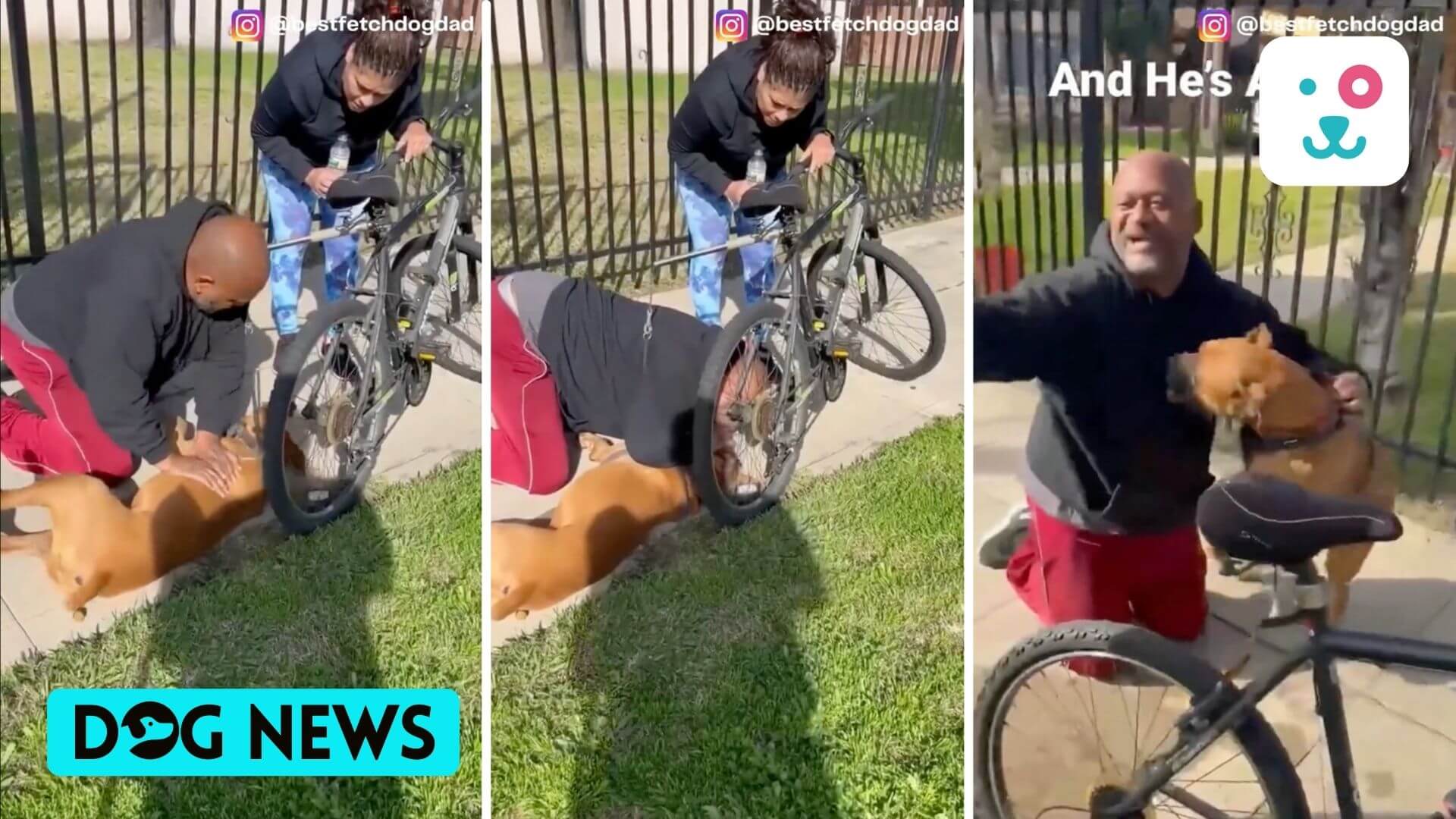 Home » A man saved the life of a collapsed dog at the park’s door.

A man saved the life of a collapsed dog at the park’s door.

Any dog parent would agree how important it is to take the dogs out on a walk every day is. If you are a dog parent, you know this is a part of your lifestyle just like having lunch. Physical activity is what keeps dogs just like humans healthy and plays a very important part in their lives.

But a woman in California did not expect what she was about to deal with when she was out on a walk with her dog and the dog collapsed outside the park. Luckily though, a man saved the life of the dog by timely intervention.

The woman took her dog named Stone for a walk in the park in the morning on Friday. She tied the leash of the dog to her bicycle. Just before entering the park, Stone, aged 9 collapsed. It made the woman panic and she started crying for help. She had no idea regarding what she was supposed to do.

A man passing from there heard her crying and rushed to them. He is identified as Jay. Took the instant decision and started chest compression. He realised that the dog was not breathing so he vigorously did the chest compression and he even gave the dog mouth to mouth resuscitation.

After a few minutes of the efforts by Jay, fortunately, the dog moved a little bit. Everyone who was there to witness left a sigh of relief. Stone was breathing again.

People over there shot a video

People over there shot a video of the incident. Jay later that day posted another video of Stone and told people that Stone went to a vet later to confirm that he was fine and a proper diagnosis for his collapse. The doctor said that Stone’s heart was perfectly fine. According to the doctor, the reason behind Stone’s collapse was overexcitement probably.

The man later that day came on the Ellen K Morning show for KOST 103.5 FM. ‘I didn’t think much when I realised what was happening around the park. I am not someone who do this often, infact, it was my first time to perform any kind of cardiopulmonary resuscitation(CPR) on a dog. I learned CPR through youtube videos a while back for emergency situations and i guess it worked at the right time where it was needed.’ said Jay.

Jay admitted that he was not sure if this would work and he was nervous while oing it, but he was happy to see that it worked and the dog’s life was saved.

The video went viral on social media. Everyone hailed the man a ‘hero’ and rightly so, he saved a life, isn’t that what heroes are for?

Though, a few people alos criticised the dog parent lady as they said that one of the reasons behind the dog collapsing can be that she ties the dog to her bicycle through a short leash.

Reportedly, Stone is fine now. He is doing short walk for the time being and in the process to recover fully the way he was.

Also Read:- A Dog In Full Rage At Night