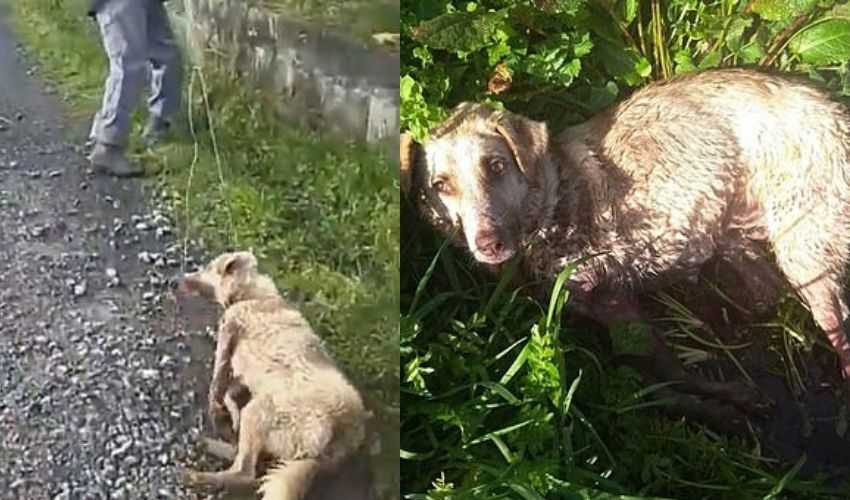 Home » A mother dog was beaten then shot twice and dragged for giving birth to puppies.

A mother dog was beaten then shot twice and dragged for giving birth to puppies.

A hunter was recorded treating his dog very badly on Saturday. The dog was beaten up then shot twice before roughly dragging through a rope just for the crime of giving birth to puppies.

The dog was rescued after the man left her alone to die near the underpass.
But the condition of the dog was so critical and suffered severe injuries that she couldn’t hold up a little more on her life and died at the animal clinic in Lugo, Galicia, Spain.

The vets, animal lovers, and animal welfare groups have released a petition online for the justice. The petition named – Justice for Alma has been signed by thousands of people calling out the law to take serious action against such psychopaths.

This unidentified owner, who could be aged around 60, can face 2 years jail and a fine of more than 25,000 Euros if the law proves him guilty. 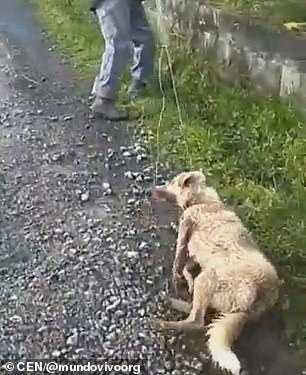 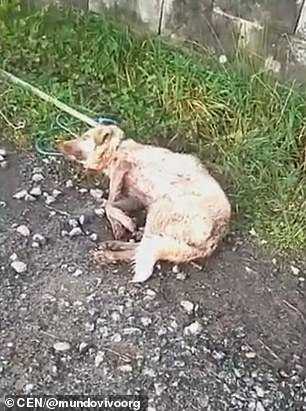 A couple heard a gunshot and then a dog’s scream. When they followed the dog’s scream, they saw the hunter dragging the dog with a rope tied to her neck with a gun in his hand.
They started recording this hideous crime when the hunter was dragging Alma back home to finish his killing.

That’s where he warned the person who was recording him – ‘Stop filming me.’ But the person kept on filming and warned the hunter many times that they were calling the police.

As seen in the footage, he dumped the dog on the ground right after passing the tunnel which was taken later to Rof Codina Animal Hospital. The puppies got rescued and taken care of by the local vet but the mother dog was still fighting for life in the hospital and died on Tuesday. 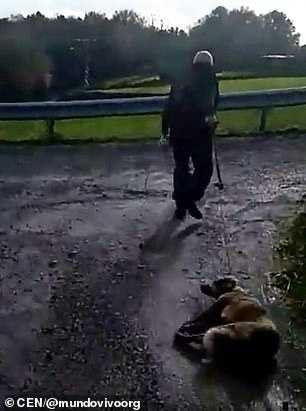 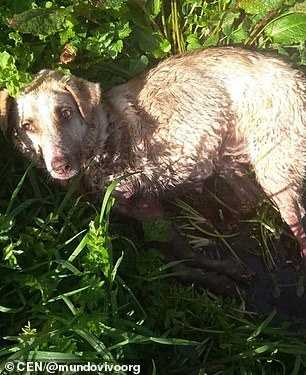 The animal organization named – Mundo Vivo released the video and asked people to share the video as much as they can. They are expecting to provide justice to Alma and a death sentence to the psychopath for doing this.

Soon, a rage exploded on Facebook after sharing the video. Many animal lovers showed their hatred by commenting, ‘He should be punished.
Another added: ‘This is inhumane. Such animal cruelty acts should not go unpunished and others demanded a Death sentence for the psychopath. 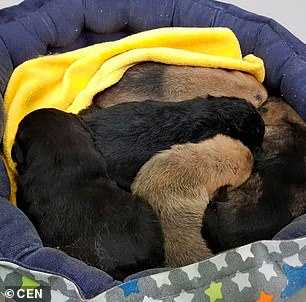 Meanwhile, the fifteen days old 6 puppies’ pictures were shared online and assured the people that they are safe and in good health.

PrevPreviousRescued a poor Neglected dog from the streets losing hope to live.
NextA dog lost in the sea got rescued by U.S Coast GuardsNext