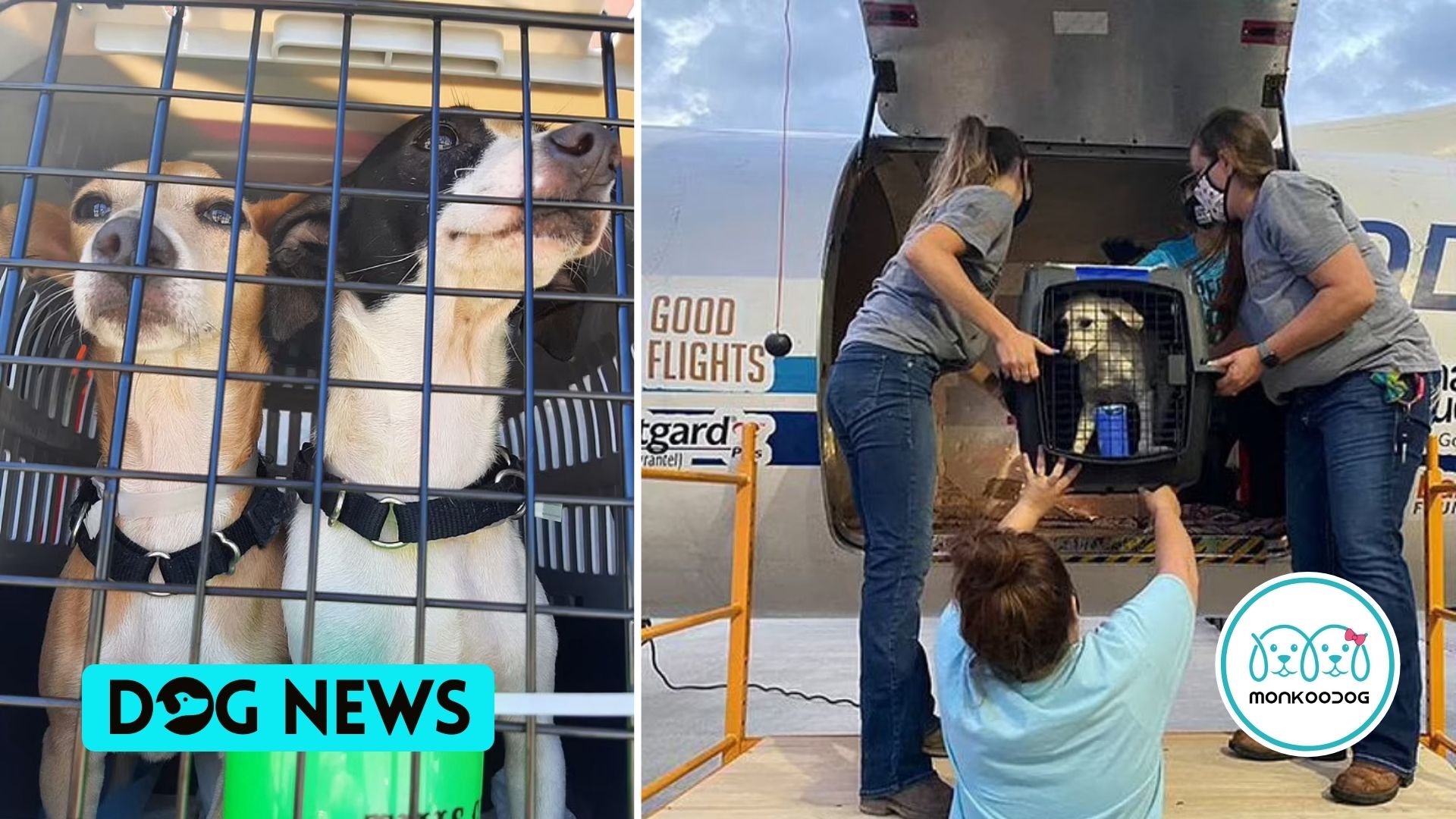 Home » A plane loaded with 60 dogs and cats arrives in California from Louisiana ahead of Hurricane Ida.

A plane loaded with 60 dogs and cats arrives in California from Louisiana ahead of Hurricane Ida.

A plane loaded up with 60 dogs and cats was flown from Louisiana to California, in order to ensure the safety of these destitute creatures from the rage of Hurricane Ida. These pets came from overcrowded animal shelters in Louisiana.

The 60mdogs along with a number of cats landed in El Cajon (about 17 miles east of downtown San Diego) on Saturday afternoon. The flight with the pet animals was landed under the volunteering and coordination of Seattle-based nonprofit Greater Good Charities.

According to Jessica Gercke, the PR coordinator for the Helen Woodward Animal Center in San Diego, the number of these pets was overflowing in Mississippi and Louisiana. The kennels and shelters were brimming to the full with pets lining the hallways. And therefore in the light of Hurricane Ida, the dogs, and cats had to evacuate.

As per the reports, Hurricane Ida made landfall in the afternoon (by the local time ) on Sunday. With its 155mph wind speed, Ida stands to be the joint strongest ever recorded during a hurricane in Louisiana. Though Ida’s size is small, it evidently points that it will be a stronger storm with a more localized impact.

And since the  Shelters and kennels in Louisiana and Mississippi are reportedly full, overflowing with dog and cat populations lining the hallways, the evacuation was brought into action, organized by Seattle-based nonprofit Greater Good Charities. Furthermore, Volunteers at the dog daycare facility, Camp Run-a-Mutt aided in transporting pets from the airport to local shelters and other facilities on Saturday.

However, these lovely dogs were no easy task, largely due to the connections and emotions involved. According to a representative from Greater Good, this evacuation of dogs has not only affected pets but also the animals’ caretakers, just as much.

‘It’s not just pets but people as well, seeing the pets off I saw a number of shelter directors break down,’ Erin Robbins told the local station. ‘Watching these pets fly is really touching to all of us. It always makes me want to cry. Gercke added.

Nevertheless, since it was necessary to take these drastic measures in light of the hovering natural calamity, Gercke stressed Fostering pets. She said that Fostering a pet is a great good that comes for free.

What’s more, facilities also provided everything a new pet owner needs to get started. In fact, if these pets lose in securing a home they are left to face a tragic end, these animals will sadly be euthanized, Gercke added.