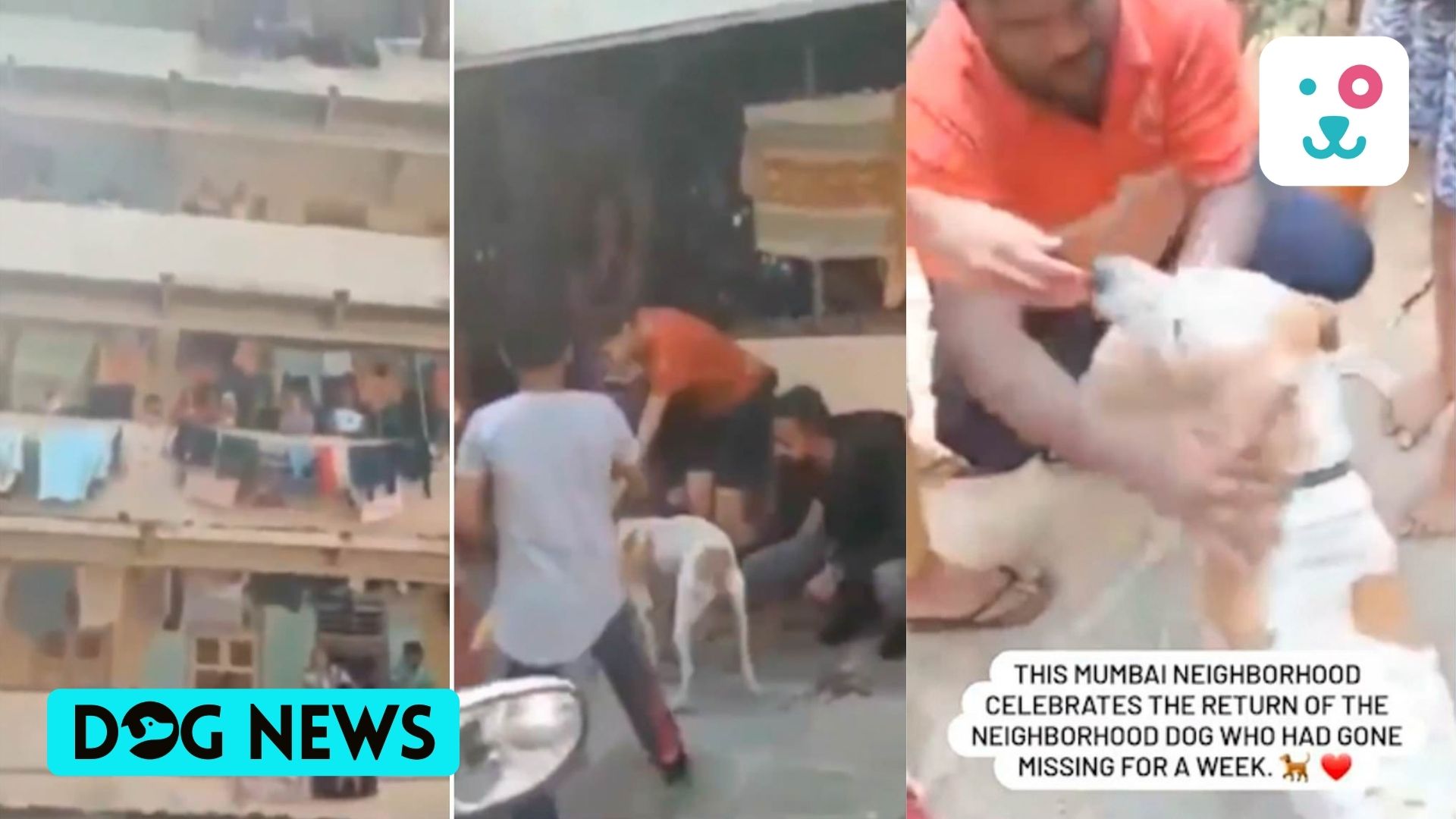 Home is not a place, home is a feeling. That is what the recent incident in Mumbai’s neighbourhood proves. A stray dog from Mumbai’s locality went missing a week ago. The whereabouts of the dog were unknown. Though he was a stray dog, he was well-recognised in the neighbourhood.

As they say, one who owns nothing owns everything, the dog belonged to the whole neighbourhood. Everyone missed him and prayed for his safe return. After a week of no information, the dear resident of the neighbourhood was found and brought back.

That is the moment that is captured by residents on camera and put on the internet. The 1-minute video of the dog’s return captured hearts all over.

What happened after his return?

In the video, a whole neighbourhood can be seen standing out on the streets, some standing on the balconies of their buildings. They are waiting for someone and that is when a cab pulls over in the street.

Everyone starts cheering and clapping. Yes, the cab is bringing their lost friend back.

The door opens and the dog with all his swagger and style steps down. People all overrun forward to pat him, touch him. He takes all their admiration into consideration and goes straight to his favourite human, a guy standing in the corner.

The guy pats him and scratches him lovingly. People of all age groups, including old men and women and little children, can be seen in the group of welcomers.

The dog himself seems relieved to be back home. He is taking pleasure in the admiration and attention he is getting.

The incident proves that to make a special place in our hearts, a being need not come in a particular size and shape. Dogs make such places in our heart which is difficult to fill up after they are gone.

Also See:- A Vietnamese Couple Adopted 15 Puppies To Move On After Authorities Killed Their 12 Dogs Out Of The Fear Of Covid Spread.

PrevPreviousFive breeds of dogs were banned in the community areas of Delhi Cantonment, Army took the decision after a brutal Rottweiler attack.
NextCharlie, the playful and joyous dog, looking for a forever home.Next