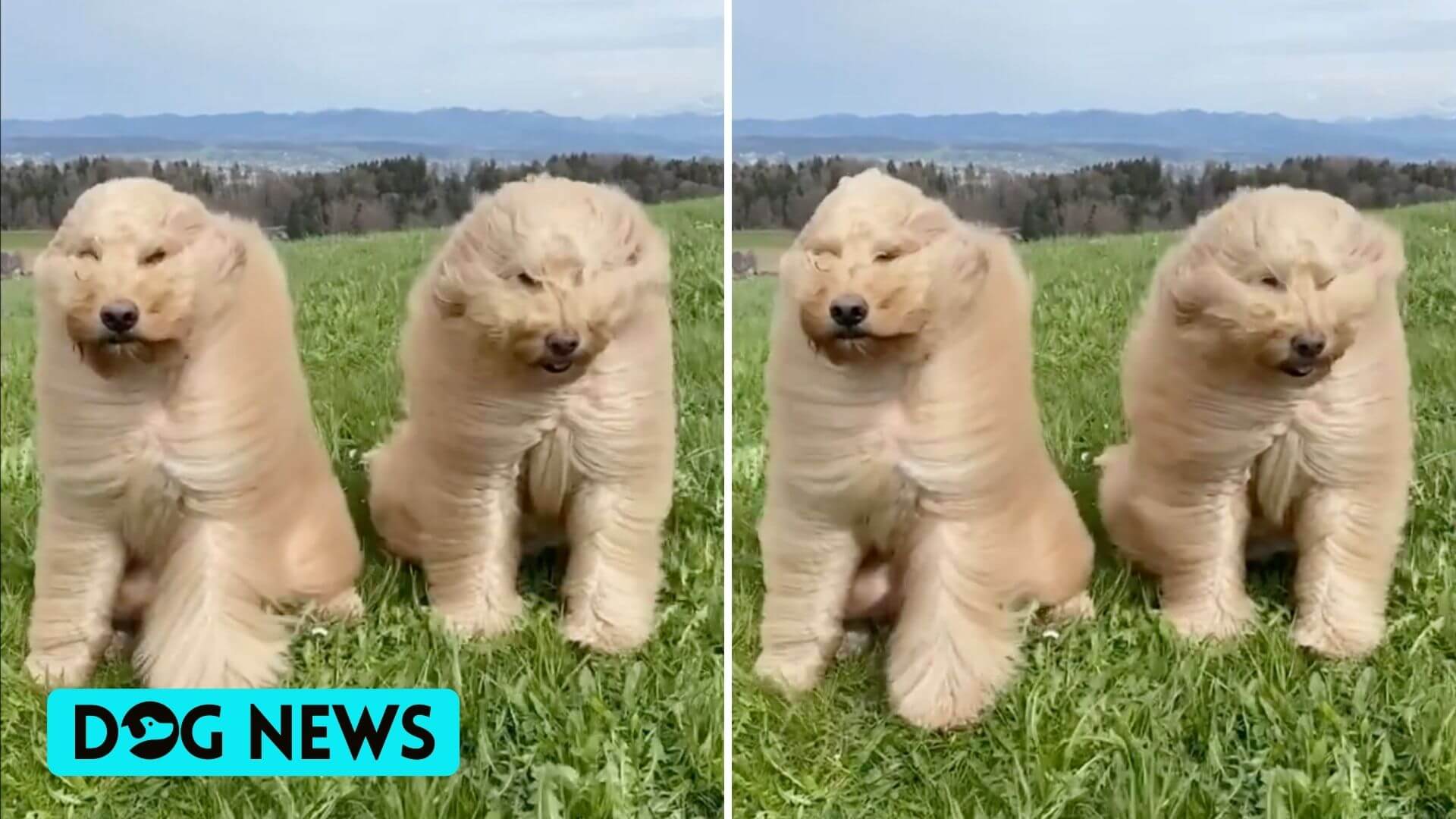 There are some things on the internet that grant you an odd satisfaction while you’re watching them. Perfect shapes, clean paint, flawless cutouts and blown up dogs. Yes, blown up dogs!

A video was posted recently by an Instagram account of two dog siblings, Mia and Milo. In the video, the two dogs are standing on the top of a mountain and looking like some strange creatures.

The two pooches are Goldendoodle siblings but you can’t tell unless you read the caption where it is mentioned. Why is that so? It is because a strong gust of wind is blowing in their face. Their fur is completely swept back all over their body and all you can see is wind facing, fur flying, winking Goldendoodle pooches.

Who are these pooches?

The two canines, Mia and Milo and sort of celebrities over the internet posting various videos and pictures that are loved immensely by Instagram users.

Though this video was the one that got them worldwide fame and love. The comments posted by people were so adorable. A user wrote ‘Mia and Milo rock’ which sounds like a personal tribute to the pooches.

Another user wrote ‘Who can say they are Goldendoodles?’ which is justified as it is very difficult to recognise them like dogs in the video, far from being recognised as Goldendoodles.

Instagram posted the video on their page with the caption that reads ‘Blowin’ in the wind. On today’s #WeeklyFluff we are heading into the big outdoors with brother and sister Goldendoodles Mia and Milo (@goldendoodledoos), who are getting a natural blowout’.

Originally, the account that it was posted from is @goldendoodledoos. It put up a caption on it that reads ‘Let’s brace ourselves.’

Check out the video to find out for yourself the odd attraction it commands. Also, check out @goldendoodledoos for more adorable dog-related content.