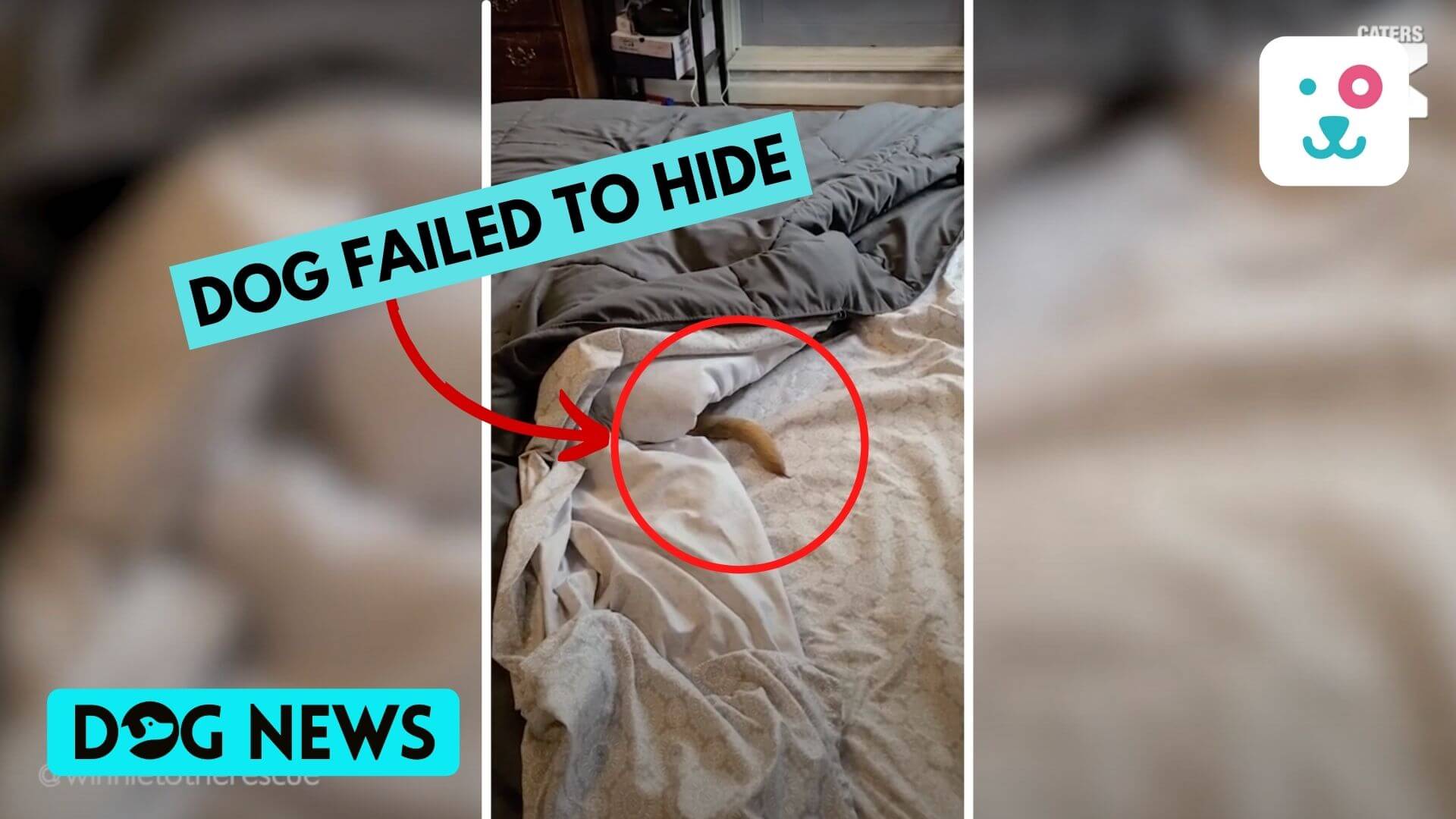 Home » Adorable dog playing hide and seek but could not hide his tail.

Adorable dog playing hide and seek but could not hide his tail.

Rare are the things about a dog that are not adorable. The word dog in itself can be a synonym for adorable dog playing. The best thing about a dog is that they play games. Not the new generation games of gluing with the screens but the games that are actually fun, which burn those calories and make you feel good.

Considering the fourth Industrial Revolution we are witnessing, it is so important to play games that take you away from the world of technology at least for some time. In such games, a dog always comes to the rescue. They love to play games and compel you to play with them using their adorable tactics which you can’t resist. They love to play the game of chase, run, hide and seek, etc.

The same example of that came to light in a video that went viral on social media. In the video, a dog can be seen playing hide and seek with its owner. The dog is hiding and the owner is seeking him.

The best thing about dogs is that they are not like humans. They have very naive hearts and they always get caught when it comes to hide and seek. You can always find them but the fun fact is, it is still adorable to see them making an effort to hide. They don’t have that competitive spirit when they play games and that is what makes the game most interesting.

In the video that went viral on social media, the dog named Winston is hiding under a blanket but not completely for the game of hide and seek. In the video, the owner and the dog are in the middle of the game. Winston is under the blanket but his tail is still out. He didn’t hide his tail. And the most hilarious thing is that the moment the owner shouts his name to find him, Winston is wagging his tail from under the blanket itself. This is probably the cutest thing on the internet today.

The video went viral on social media. Netizens could not help but expressed how cute they found the video to be. The comment section was something like ‘ He could not do it perfectly but how adorable he is’ others made fun of how Winston was wagging his tail every time his name was being called.

If you are a little lazy and find it difficult to do physical activities, this video can be an inspiration for you to bring a dog home. You can play with him, have fun, and at the same time, you can ensure the good health of your dog and yourself.

The bonus is obviously the adorable moments you are going to have with them.

Also See:- A Man Saved The Life Of A Collapsed Dog At The Park’s Door.

PrevPreviousA man brought an old dog home to let him live the best in his last days.
NextDog brings his food bowl next to a woman’s plate but what he does next is worth watching.Next