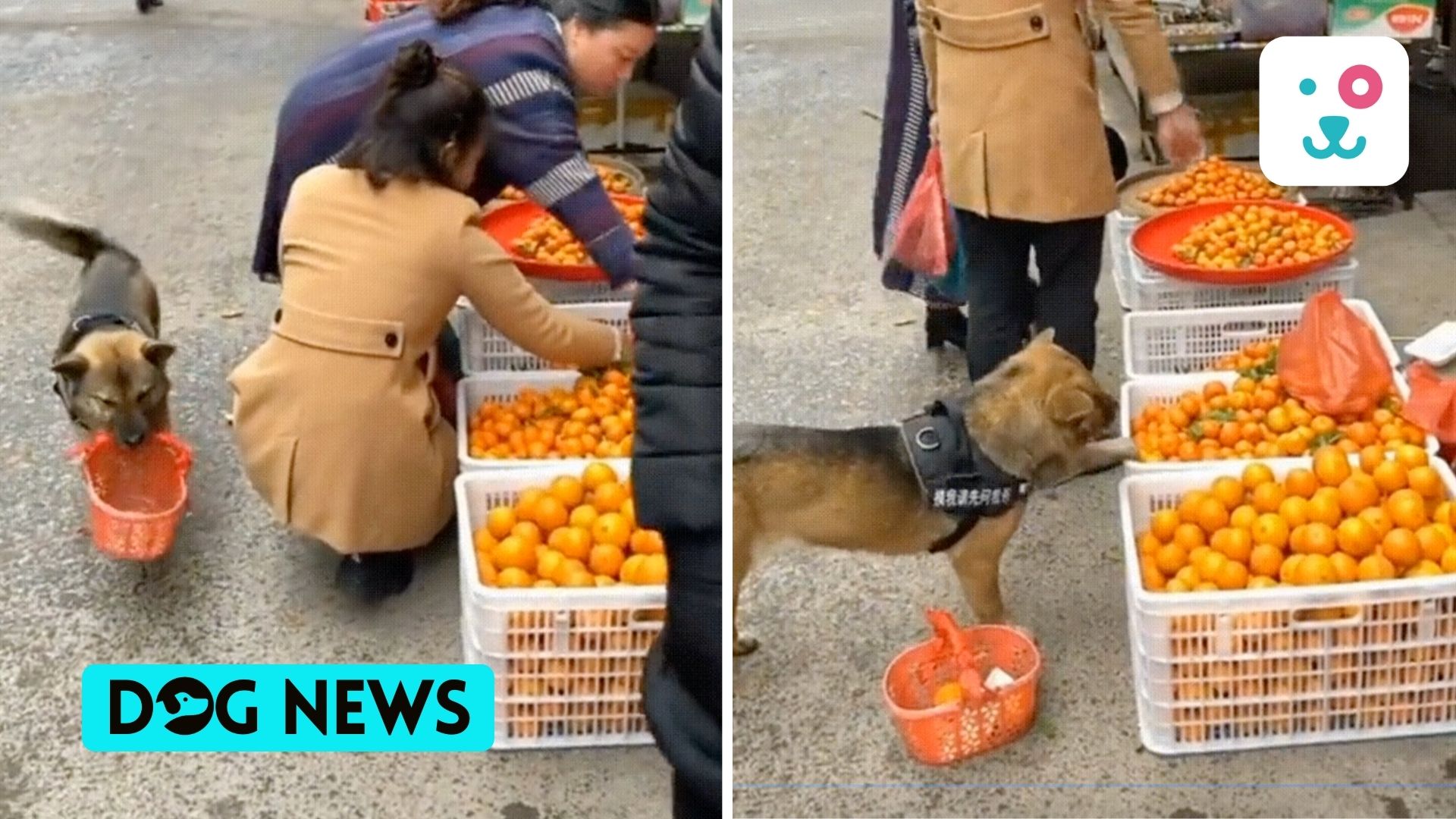 Dog videos go viral on the internet very fast. The reason is, dogs do adorable things and people can’t help gushing over their silliness and smartness. There are many videos where dogs are found doing chores for their parents including cleaning house with them, working out with them and maintaining the garden. Some dogs are trained for it and some are just eager to help. Such a video of an adorably intelligent pooch went viral on the internet.

A dog arrives at a fruit store with a basket in his mouth. He puts the basket down at the fruit store and taps a lady with his paw to give him a way. The store lady must have known that the dog comes to shop frequently. She puts the oranges in his basket.

The dog doesn’t leave just yet. He is waiting for something else. Yes, the change. The store lady puts the change in his basket and then waits for him to leave. However, the sharp pooch is here to get all he wants. He taps his paw on another basket and indicates that he wants that too.

The lady puts the fruits from that basket also to his basket. Now the pooch knows that he is done buying everything he wants. He picks up the basket with his mouth and turns back the way he came.

The Adorable Dog Is Used to It

People around him seem like they know what the dog is doing. They seem happy by looking at him but do not seem surprised. It means that the pooch is often witnessed around the market area shopping for his humans.

That alone tells of the intelligence of the dog. The video since being posted has garnered millions of views and shares. It has over a hundred thousand likes and thousands of comments.

There were talks of service dogs in the comments who are so efficient, they sometimes save human lives. People were so proud of this little one who is so diligent, he doesn’t leave even one thing.

One user commented – ‘I love dogs! I will die, I can’t watch this. It is way too adorable’. Another user wrote – ‘The tap is so cute and the lady’s reaction is so beautiful. So special’.

Also See:- A Video Of A Dog Playing The Piano And Singing Along With It Went Viral

PrevPreviousThe Bride and Groom Danced Along with Their Dog on the Day of Their Wedding
NextFresco, the ‘Gay’ Dog, Is Adopted by a Loving Gay Couple Under 48 Hours of Being AbandonedNext