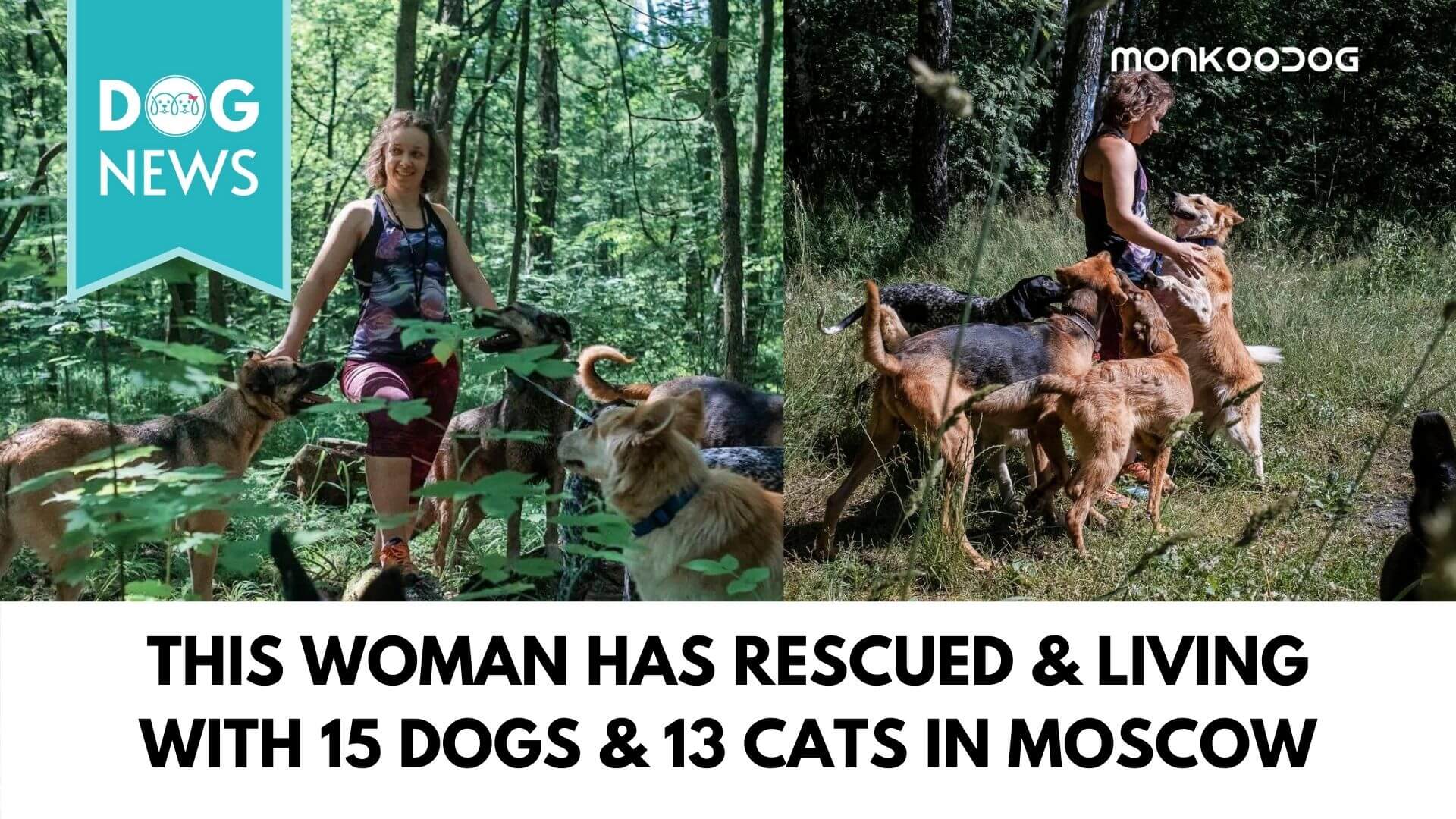 Every year millions of animals are abandoned and killed by humans. The reasons for such harsh and inhuman acts are not limited to the fur trade, intolerance, and meat trade. Dogs are the most affected victims of these cruel episodes.

With the number of such episodes increasing with each day, a few angelic humans are trying in their own way to help these innocent human loving beasts live a better life. A few miles south of Moscow, amidst the dense vegetation, Anastasia Pomorina is busy trying to handle a bunch of dogs in various shapes, sizes, and breed.

Anastasia has been living a very busy and tiring life that is not only inspiring but also worth marveling about. Living in a tiny high rise apartment with 2 other roommates, Anastasia seems like any other common Russian women.

But this tiny flat houses 15 dogs and 13 cats at this moment alone. The number keeps varying depending on how many get a chance to be rehomed again. In addition to this, she also has 5 more dogs living with her mom at their country home.

Her roommates Maria and Masha seem to have gotten used to the idea of living with so many animals and do not mind anymore. The toys lying all around and the pale yellow scratched and torn wallpapers of the apartment is a true depiction of how busy life can get when there are this many animals living together.

According to Anastasia’s friends, she has been adopting strays and abandoned animals since her dog Ringo was killed in a car accident, that was on verge of killing her too. After spending months battling death, when Anastasia finally woke up, she had a new goal in life.

That’s how Fluffy Help came into existence. A network of 6 women including Anastasia began to rescue them. Her friends jokingly stated that every time they saw a stray or injured or abandoned dog, Anastasia would beg them to stop the car, and the next moment they landed up having one more extra roommate.

A single child to two mathematics professors, Anastasia studied Computer Engineering but chose to work as a Pilates instructor and personal trainer instead. Dedicating her life to rescuing and helping stray animals was never an easy decision as it needs round the clock dedication. But Anastasia does not seem to mind.

Interestingly Russia had become the breeding ground to a humungous amount of strays before the Soviet Government decided to shoot the strays at sight in large numbers between the mid to late 1990s. However, in 2001, the law changed and the ‘catch-sterilize-release’ rule was implemented that helped in controlling the situation to a great extent

Her neighbors have a mixed bag of reactions. While some complained about the noise, some even hand her wads of cash to take care of the animals. From time to time, animal services even send in Vets to check if all the animals are being well kept and fed or not.

With the Corona Pandemic, her online project “Happiness Delivered Home” helped in rehoming and adoption of numerous animals she had rescued. However she laughingly also stated that the number of animals at home surprisingly never decreased despite how successful her online project was, but she does not regret the company.

She dreams of owning her own bed and breakfast somewhere in the open country land, where her dogs could run and play freely while families and guests enjoy some peaceful time amidst nature and greenery. Someday in the near future hopefully 33yrs old Anna’s dream will be fulfilled.

PrevPreviousMan Caught on CCTV Brutally Crushing a Stray Dog with his Car, Maneka Gandhi Demands Immediate Arrest
NextA Viral Video of a Pet Dog Helping his Human Dad in Gardening is a Trending dog news on the InternetNext