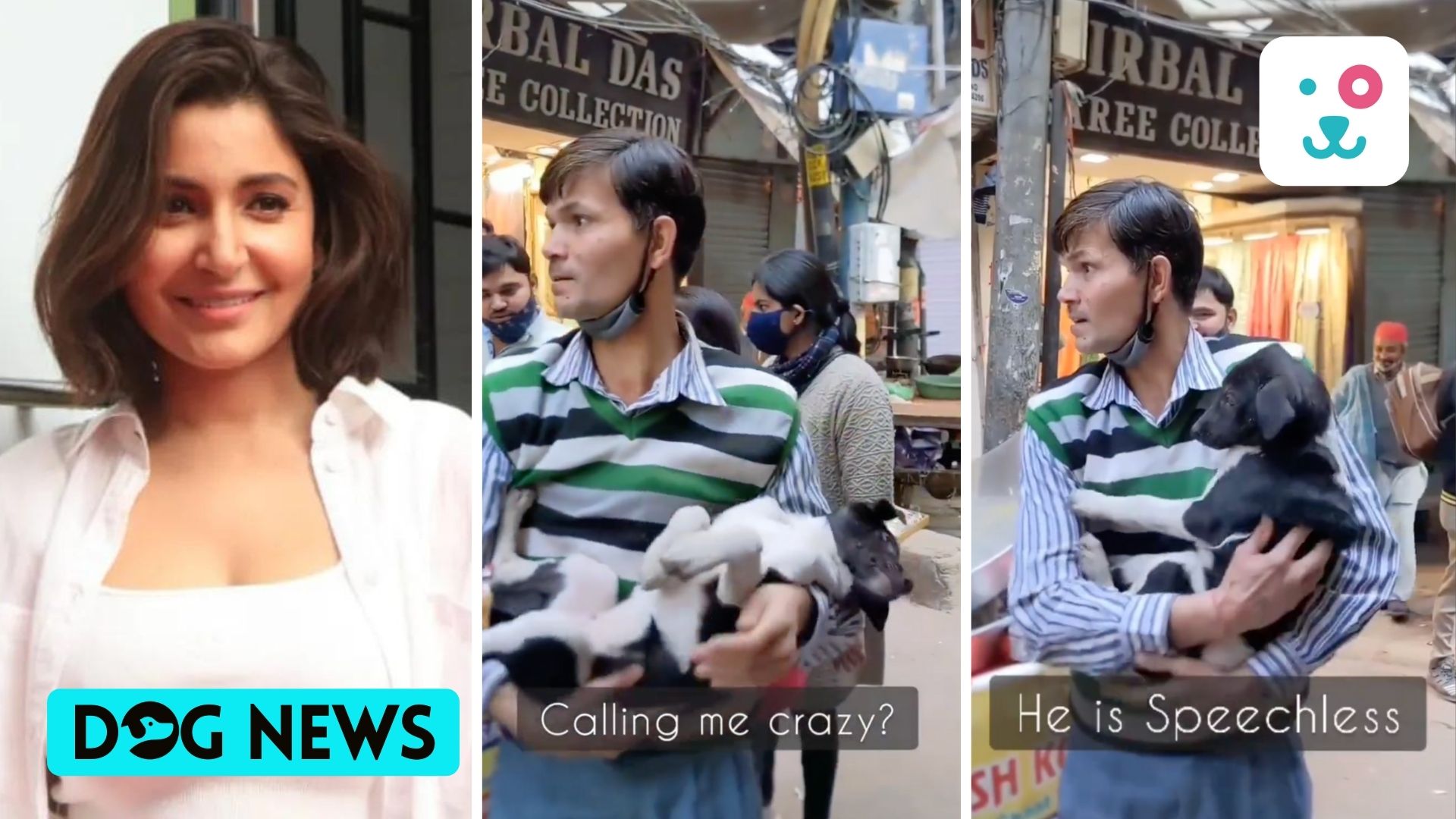 For all the love and loyalty dogs give us, giving a little bit of it back is an appreciable act. Just such an act of a Delhi man was recently hailed by actress Anushka Sharma.

Anushka posted a video on her Instagram story in which a man can be seen picking a dog up in his arms like a baby and lolling him. Men around him are calling him mad for showing such concern towards a stray animal.

The man replies to it by saying that ‘A voiceless animal should be cared for and fed and here you are calling me mad’. The video was posted by Anushka Sharma with a caption that read – ‘Pagal toh woh hain jo insaaniyat nahi samjhein. Aap toh.. Clap and heart emojis.’ which translates as ‘Mad are those who do not understand humanity.’

The man’s act earned a lot of appreciation over the internet. This heartwarming video went viral and everyone hailed and appreciated the man. Though, the man reached a larger audience due to the video being posted by Anushka Sharma.

The actress is appreciated a lot over the internet and in real life for always taking a stand for animals. The actress is reported to take action for the protection of stray animals and even prescribing strict punishment for those committing cruelty to them.

The awareness of animal welfare and kindness towards them is increasing in the present world due to many celebrities taking a stand for animal care.

People taking care of their pets is a common phenomenon nowadays but people taking a stand in support of stray animals is yet rare to see. This man presents an example of kindness towards a voiceless animal in the face of societal ridicule.

Anushka Sharma is working on Chakda ‘Xpress nowadays and stays in the headlines regarding that. Though, her act of appreciating this man’s act is a rather different reason for being in the news and is rather appreciable.

Also See:- Malaika Arora Is Celebrating Her Dog’s Birthday In This Adorable Video