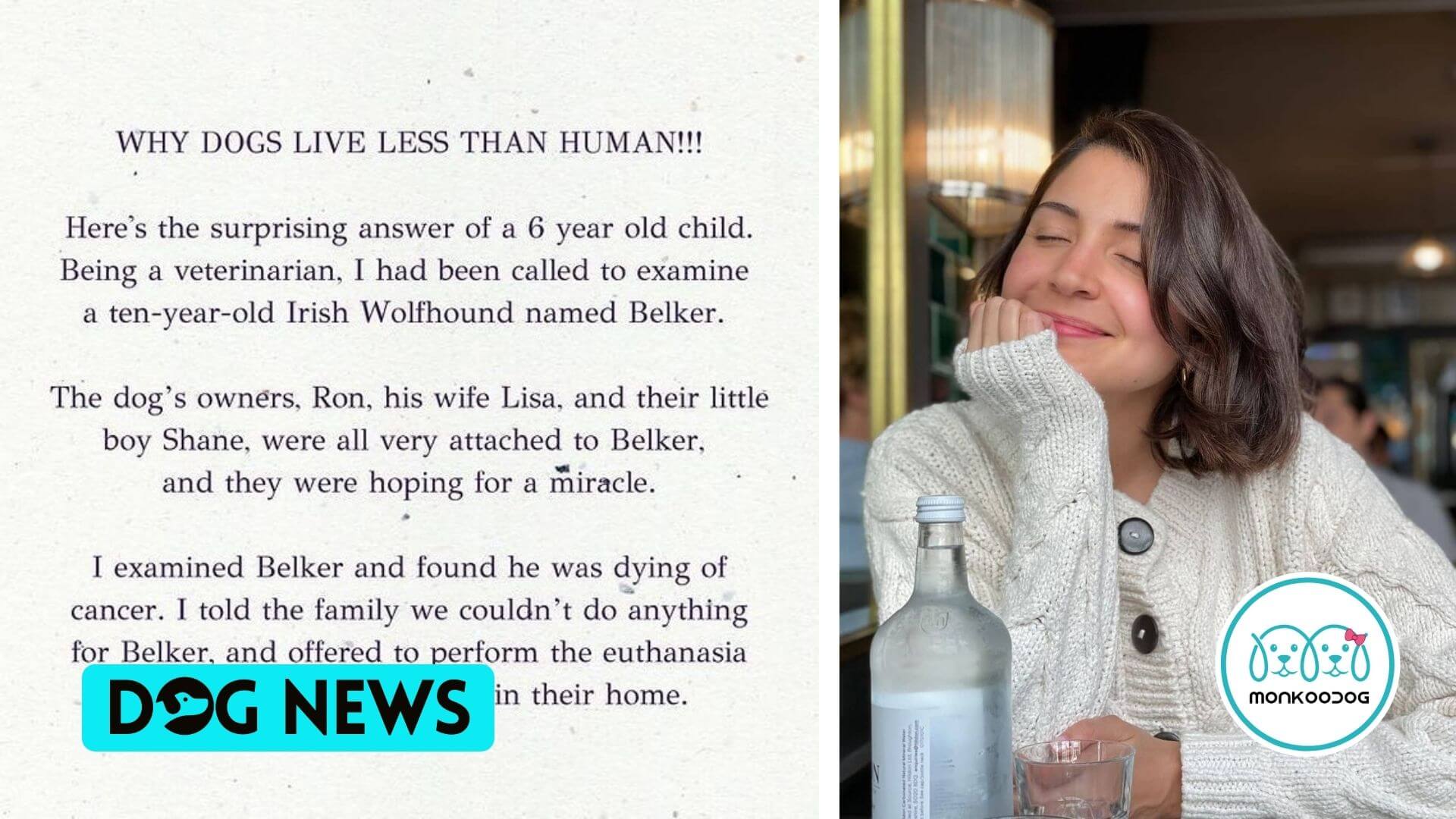 Anushka Sharma took to her social media platform, sharing an incredibly touching message for all, who have lost their pets. Bruno, the actress’s dog, died last year.

In a recent Instagram post, the actress offered a touching message. It is a heartwarming story for all the pet parents who would one day have to say goodbye to their beloved dogs. The gratifying story was adorned with a caption-This is dedicated to everyone who has lost their furry companions. These beautiful canines have always been and will continue to be excellent dogs.

The post of the Actress recites a surprising yet heartwarming message from a six-year-old child. The story, shared by the Actress, enfolds a veterinarian’s narrative of his interaction with a family and their dying pooch.

The story continues to narrate that- Belker, a ten-year-old Irish wolfhound, was referred to me as a veterinarian. The doggo’s family, including Ron, Lisa, and their little son Shane, was deeply attached to their pooch and hoped for a miracle. “I checked Belker and discovered he was dying of cancer,” the narrative continued. The vet informed the family that we would do whatever for their dog’s welfare.

They offered to execute a euthanasia operation at their house. While we were making plans, Ron and Lisa mentioned that they believed it would benefit a six-year-old Shane to see the surgery. They thought he would gain something from experience.”

“The next day, when Belker’s human family encircled him, I felt the usual knot in my throat,” the narrative said. I wondered whether Shane, who was caressing the elderly dog for the final time, knew what was going on. Eventually, Belker quietly slipped away to heaven in a matter of minutes.

However, Beker’s demise appeared to be accepted by the little child without trouble or misunderstanding. After Belker’s death, we sat together for a time, lamenting over the tragic reality that dogs’ lives are shorter than humans.”

Anushka Sharma shared a post of that heartwarming statement given by six-year-old boy, Shane.

The slide on the actress’s post revealed a six-year-old heartwarming explanation that will touch and soothe your heart. The slide, continuing the story, read, “Shane, who had been listening quietly, spoke up, ‘I know why. We all turned to him, startled.

Shane said, “People are born with the purpose of learning to live a decent life – like loving and caring for everyone, all the time and being polite, right? Dogs already know how to accomplish this. They already know how to be nice and always love unconditionally. so, they don’t have to remain as long as people do.”

Though it is astonishing and hearting to witness, these final words of wisdom from a six-year-old, however. We at Monkoodog can’t agree more with the story’s message. For one, indeed dogs are the charms of life. Full of love and compassion, a characteristic they are born with.

As soon as the post surfaced on the internet. The post garnered immense love from netizens all around the world.

CHECK OUT OUR LATEST NEWS