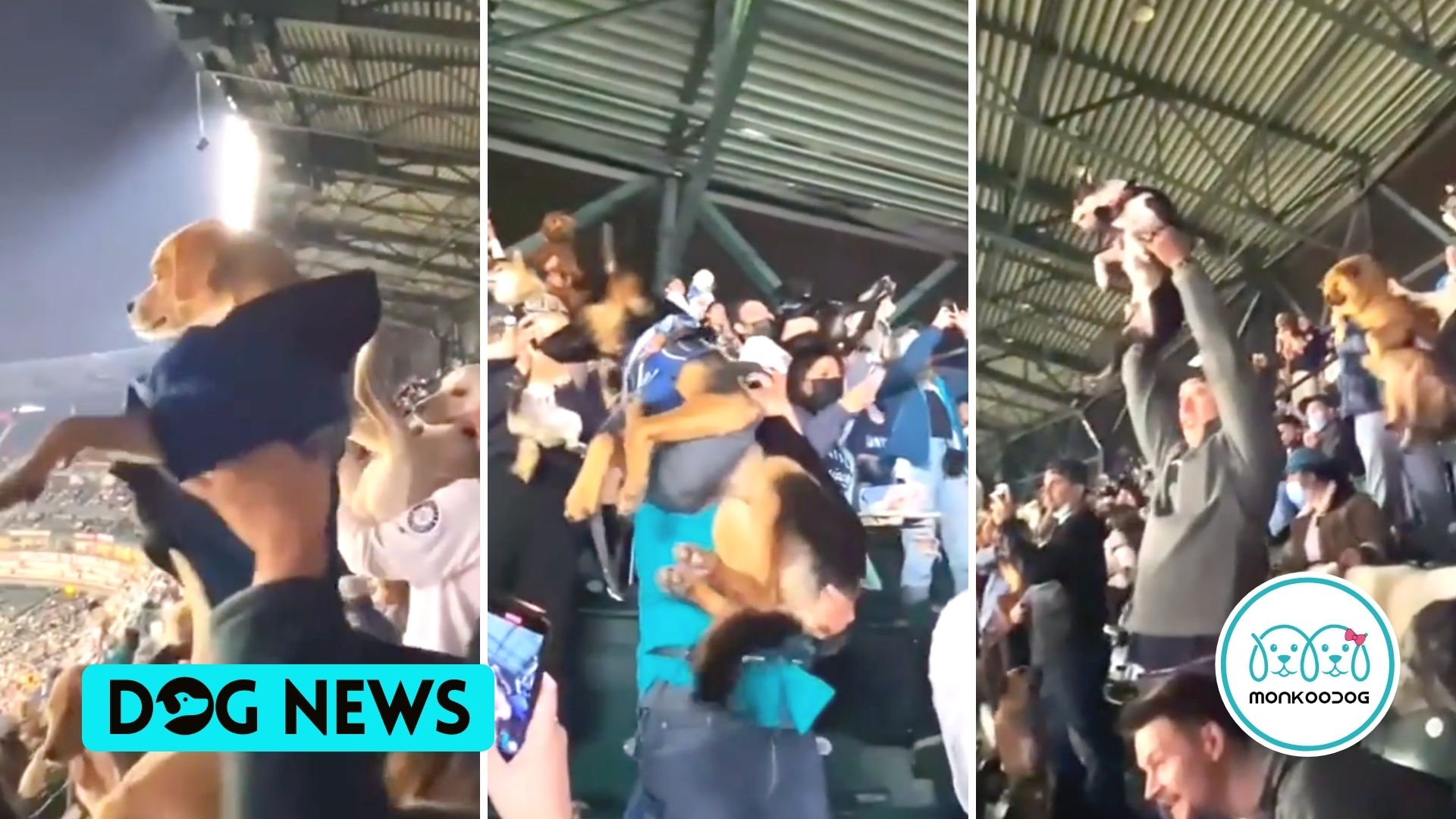 Home » WATCH: Audience lifted up their dogs at a Washington game just like Simba from The Lion King.

WATCH: Audience lifted up their dogs at a Washington game just like Simba from The Lion King.

At a game in the United States, all the dog owners in the audience lifted up their dogs. The US audience recreated the Simba moment from the movie – ‘The Lion King’ in a jumbo way.

This gratifying coverage of an event at a baseball game, where fans were permitted to bring their lovely pooches along, will simply make your day.

When it comes to games and dogs, well at times these fur buddies have proved to be disruptive pitch invaders at numerous game events, nevertheless, they are always entertaining to watch.

In one such entertaining incident, a viral video from a baseball game sponsored by the Seattle Mariners is doing rounds on the internet, amusing netizens all over. It depicts some of the cutest furry visitors in the stands.

The stand allocated to the fur buddies and their hoo-man is commonly called the Simba Cam. It is basically designed to bestow a fun way to pass the time between baseball innings while admiring the super-cute Doggos.

With the new arrangements, fans were allowed to now bring their dogs to these events, which has turned out to be a highly popular addition.

During this baseball game sponsored by the Seattle Mariners, there was a special time dedicated to dog night, when pet owners hoisted their pups up in the stadium.

They wanted to recreate the moment of the movie – ‘The Lion King’. The sight of these dogs on the big screen is such a remarkable event, oddly delightful and even an amusing special moment.

The Washington audience at the stadium held up their dogs to appear on the huge display. Honestly this ‘The Lion King’ music with adorable canines was simply mesmerizing.

The stadium is popularly known for hosting pet-friendly events such as “Bark in the Park”. It brings all dog owners and their pets together to enjoy a fun game, spending time together.

Talking about the Simba Cam, well, it is a great way to pass the time during long sports events.

What’s more than captivating the moment of holding your pups up in the stadium? Then the opening notes of The Lion King’s Circle of Life were played in full swing.

This melodious tune was the cue for the fans to show off their fur buddies. US audience held their dogs in a similar way that Rafiki holds up Simba in the movie.

People flooded the commented section with love and adoration. Some of them went on to enquire about more such stadiums with similar practices.

Well, we got this sorted for the pet parents. In order to keep up with such amazing pet-friendly events visit Monkoodog. Get all information about the latest dog events happening around you. Why wouldn’t you love to enjoy a fun time with your adorable fur buddies.

CHECK OUT OUR LATEST NEWS
PrevPreviousVeterinarian left people in tears over the heartwarming presents she keeps for dogs getting euthanized.
NextGuardians of the Galaxy Dave Bautista rescued an abused Puppy. Offers $5000 Reward to Find the AbusersNext