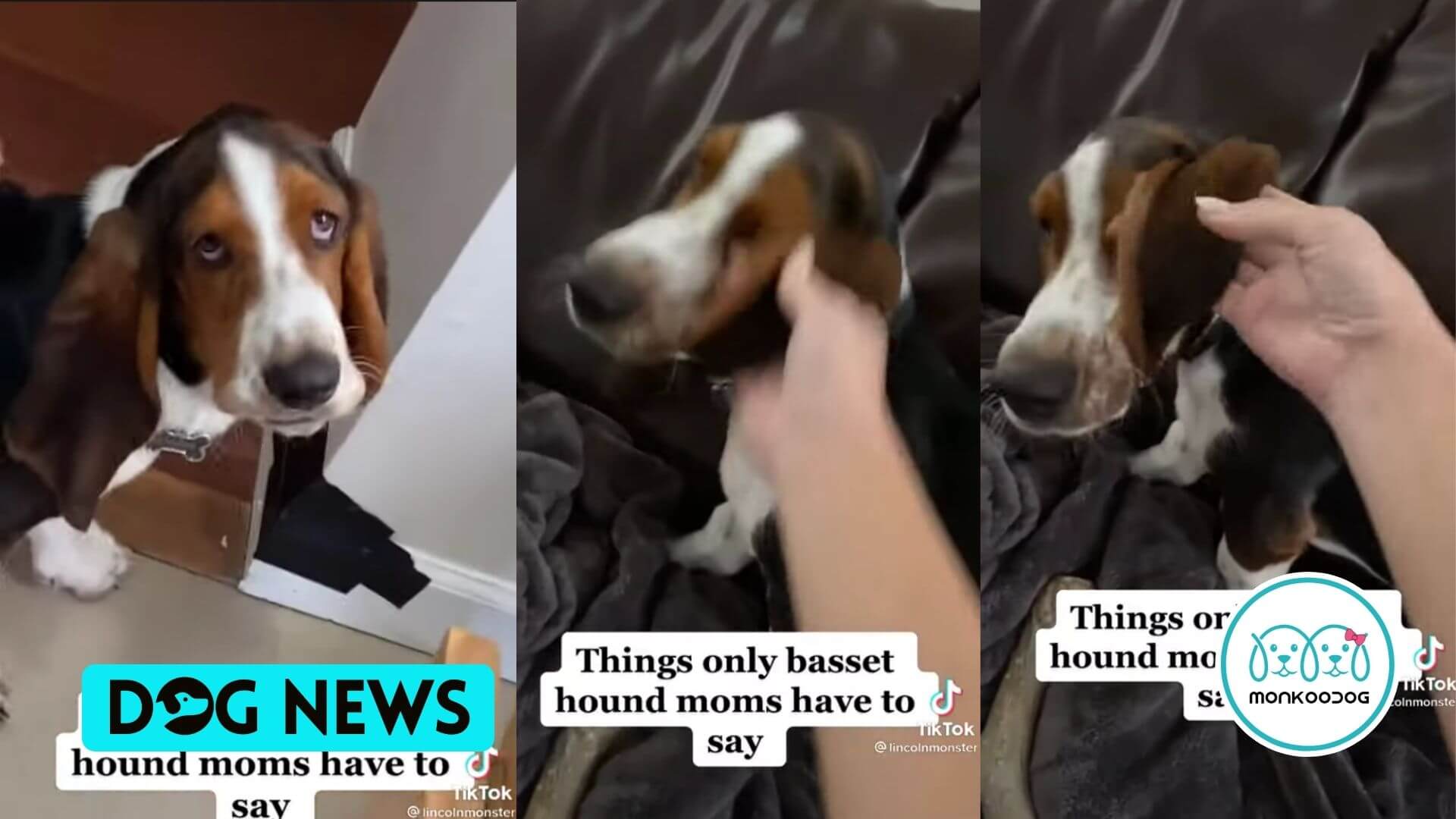 Lincoln Monster, the Basset Hound gnaws on his ear and saves his owner money by using his ear as a chew toy!

Well known as the Hush Puppies dog, The Basset Hound has short legs and belongs to the hound family. Their sense of smell and ability to track is excellent and comes second only to the Bloodhound.

Most Basset hounds usually come in a three-color pattern group of white, tan, and black. They have loose, wrinkled skin around the face, which along with their big droopy eyes, adds to their appeal and gives them a sad feeling.

Originally bred as hunting dogs, they served the aristocracy, all of their unique features serve a purpose. Their long ears are intended to drag. The ground while tracking and picking up scents. The loose, wrinkled skin also helps them catch scents while hunting. Short legs make them slower than other dogs, which is an advantage for hunters on foot since they can follow them easily.

Every breed is unique and has its own unique set of features that are an asset to them in one way or the other.

This basset hound takes full advantage of his natural features that he has been using his long ears as a chew toy. His chew toy is attached to his body which means it’s permanently attached to him. This is incredibly convenient for Lincoln the Basset Hound since this breed is known to be lazy indoors.

Lincoln’s owner posted a video to TikTok that went viral and has garnered over 3.2 million views and has been liked more than 650,000 times.

The footage shows Lincoln gnawing on his ear as if it were a chew toy. Lincoln’s owner notices it and tells him to stop chewing his ear, but the dog declines. When words fail on Lincoln, her owner tries to use force to get him to stop. But Lincoln successfully gets away and continues to chew on his ear.

Basset hounds can be pretty stubborn, and Lincoln carries this trait. He does everything to avoid this chew toy that’s attached to him, getting taken away from him.

At the end of the video, Lincoln’s owner is unsuccessful, and the dog still has his ear clasped under his jaw.

Many viewers were able to relate to this behavior. One user commented that using a scrunchie and making an ear ponytail is the solution. She resorts to every time her pooch does that.

Lincoln is very content in chewing on his ear and doesn’t seem to care about any repercussions.