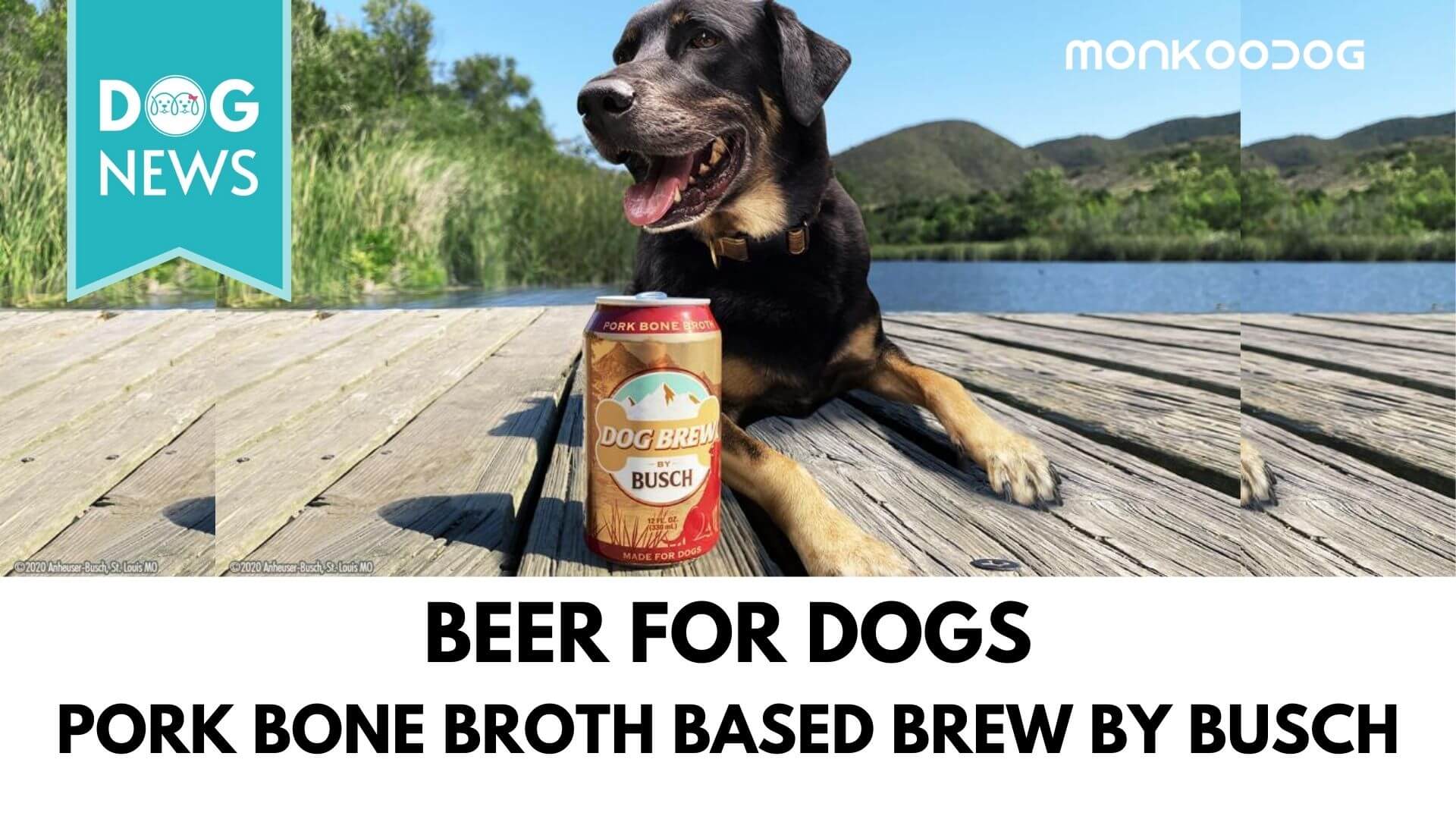 For almost 50 yrs Busch has been known worldwide for its signature Beer. Crafted with numerous experimental flavors, their batch of beer is known for its unique taste and flavor. However this time they launched a new Beer that is exclusively for the Dogs.

A piece of sensational news aside, the beer is completely Alcohol-free as per the announcement made by the company PR. Titled ‘Dog Brew’ by the company, this new concoction has been turning eyes all over America. iI was unveiled on the 26th of August, 2020, which is also coincidentally  International Dog day.

According to Busch, the ‘Dog Brew’ is neither promoting alcohol for dogs nor claiming that Dog Brew is a meal replacement for dogs. Rather the concept of beer for dogs was inspired from America’s love for beer.

According to the PR team at Busch, Americans love to hangout with friends and beer. However their pets are often excluded from these happy times due to obvious reasons. The Dog Brew in its iconic pop up can, is the perfect solution for those fun times. As one enjoys his or her can of chilled beer, their dogs can do the same alongside their own can of refreshing Dog Brew.

Created solely for dogs, the DOg Brew is an amazing concoction of everything dogs love in terms of flavor. To humans the beer may seem very bland but for dogs, the mix of pig bone broth, corn, celery and few more herbs is a heavenly taste.

The Dog beer can be given as an occasional refreshment coolant drink or can be added as softener in their food. Priced at 9.99$ for a pack of 4, the beer will only be available online all across America for now. Busch has also announced that on purchase of 6 cases of 4 pack ‘Dog Brew’ 1$ will be donated to Best Friend Animal Society.