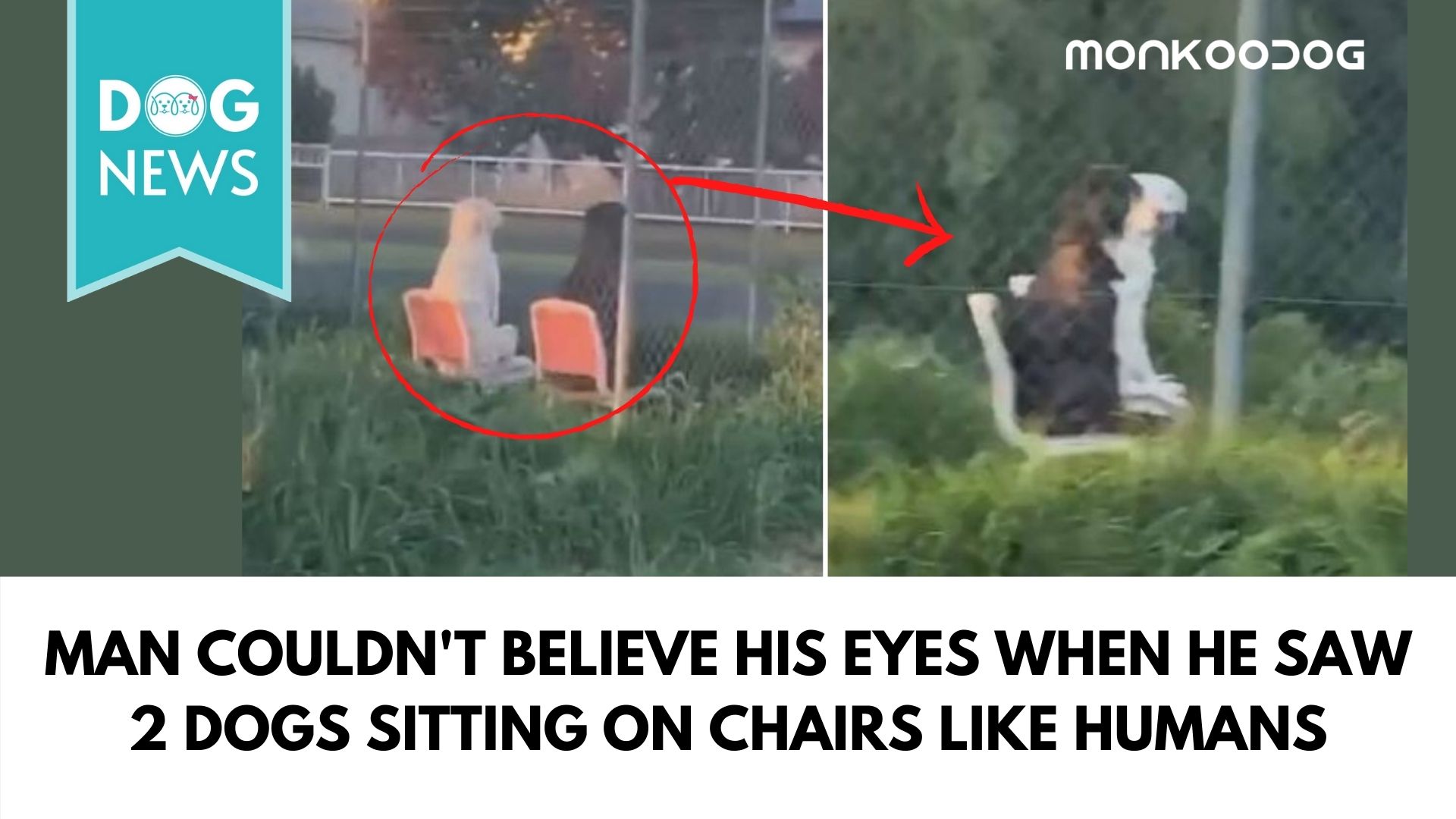 Days after the bizarre episode of a dog eating away, its leash went viral, and there is a new and equally odd incidence reported. A video has surfaced that’s very eerie at its best. Have you ever seen two dogs sitting for hours like a statue?

Well, in this bizarre episode posted by a Tiktok user Saxby 2.0, he recorded two dogs sitting like the statue at a nearby park bench and staring at the ongoing traffic. On route back home from work, the user noticed something very odd as he passed the nearby park.

Over the bench, two dogs, a yellow and a brown one, sat still observing the world as it passed by. There was no bark, no tail ag, no communication between the two dogs. Instead, both simply sat still.

While one looked like a Labrador, the other seemed like a Pitbull. What was more interesting is that they seem utterly oblivious to the exciting stare they were receiving from the ongoing traffic.

Saxby 2.0 captioned the bizarre video with a few obscene slangs clearly stating that he was petrified at the incident. Though at first glance, the dogs and their pose seemed slightly creepy, it was clear that they belonged to someone who stayed nearby as they can be clearly seen wearing collars.

The video has garnered over 86,000 likes and users from all over the world have many theories to share about the strange behavior. While some say, the dogs were simply relaxing and did not want to be bothered by the people passing by, some even posted hilarious comments that the dogs could be aliens in the dog’s body, spying on humans.

The entire thread of comments has been getting more and more hilarious, thus drawing the attention of more people from all over the world. Aliens or not, the dogs seemed to have garnered a lot of attention. However, no one has come forward claiming the ownership of both the dogs yet despite the video going viral globally. Bizarre or not, only time will say…

Also See: Heartwarming Note Attached To The Collar Of A Homeless Dog