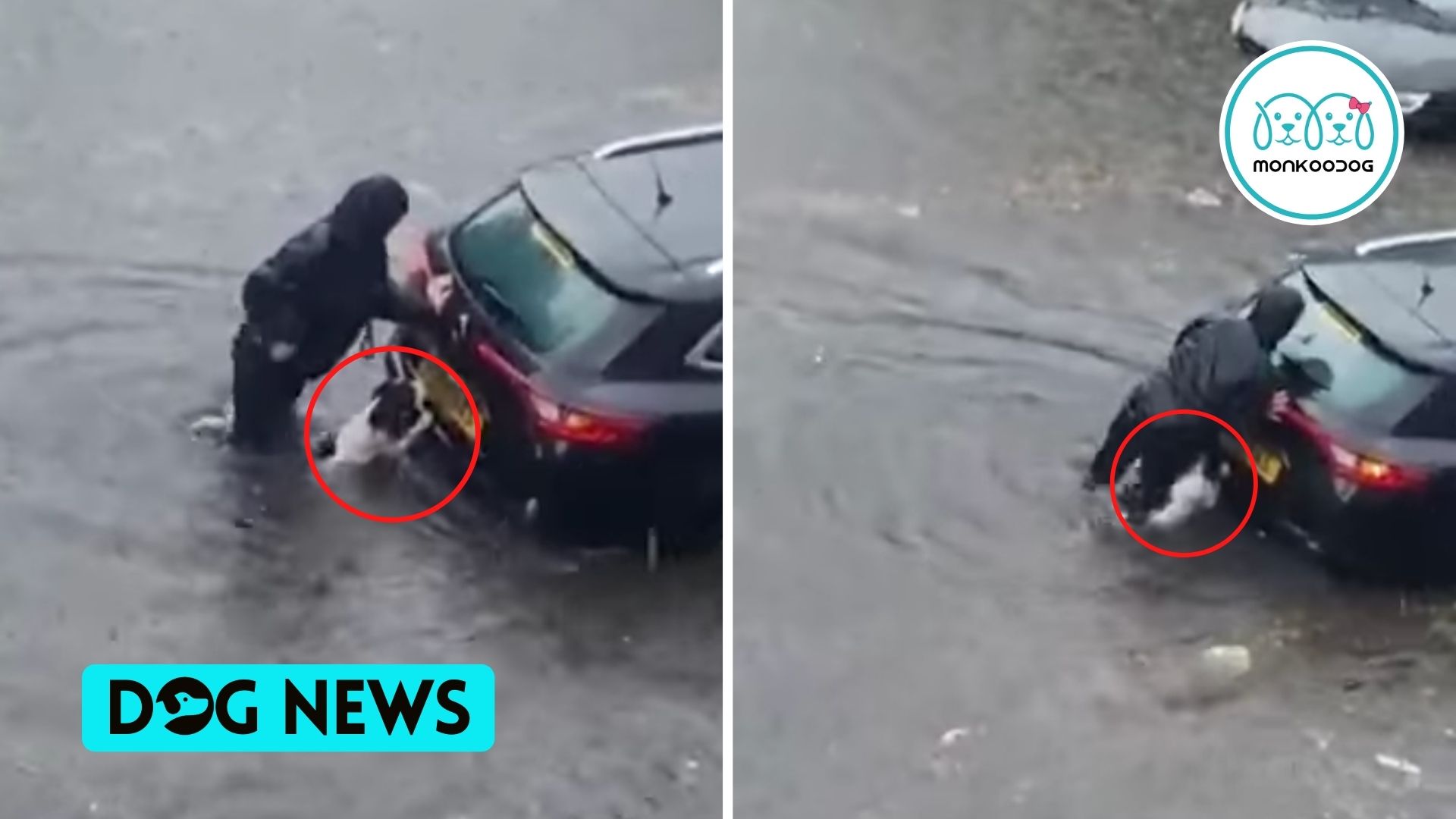 Home » Dog to the Rescue!! A Brave Dog Helps Owner Push Submerged Car Out Of Floodwaters in Glasgow, Scotland

Dog to the Rescue!! A Brave Dog Helps Owner Push Submerged Car Out Of Floodwaters in Glasgow, Scotland

Dogs, indeed, are one of the most selfless creatures gracing the world. These four-legged canines are forever ready to back up their humans in all situations in life, No questions asked!!

In one such incident, a courageous and determined dog was seen aiding its owner, in pushing a car out of a massive flood in Glasgow – saving two women in the process.

The Springer Spaniel, called Puck, braved the deluge along with his owner, Lori Gillies on Sunday, August 8, after two women were trapped in a flood in Harland Street.

In the clip, Lori Gillies can be seen walking up to the vehicle, believed to be a Volkswagen estate, to try and move it, while Puck floats in the deep water next to her. As she begins to push the car, the clever pup soon follows in her footsteps and joins to push the car by putting its two front paws behind the car. The car eventually starts to move due to the tremendous effort of train driver Lori and her small heroic sidekick.

Lori and puck were out on their routine walk when they came upon a car that was stuck in the water. “We saw two women stuck inside and therefore we went down to give them a hand,” Lori told the Daily Record. She further added that Puck was swimming next to her and watching her pushing the car, he immediately joined in pushing. It was just a quick push or two, once the handbrake was off and then it started rolling.

And what’s more, later on, the brave heroic pooch Puck was rewarded with a special dinner of meat with gravy and some biscuits, for his sincere endeavours.

The Clip of the incident was later posted online, accompanied by some hilarious comments by the Scotsman filming the whole scenario. The man was heard praising Puck, stating “what a dug”. Further, describing the heroism, he said: “Dugs are pushing this and everything now. Brilliant. Oh yeah, what a dug man. Look at that.

Lori said that her quota of the good deed was well accomplished for the day, with the best partner in the world, her lovely little Puck.

And we at Monkoodog heartily agree. Indeed Puck is one the best and smartest dogs in the whole wide world.