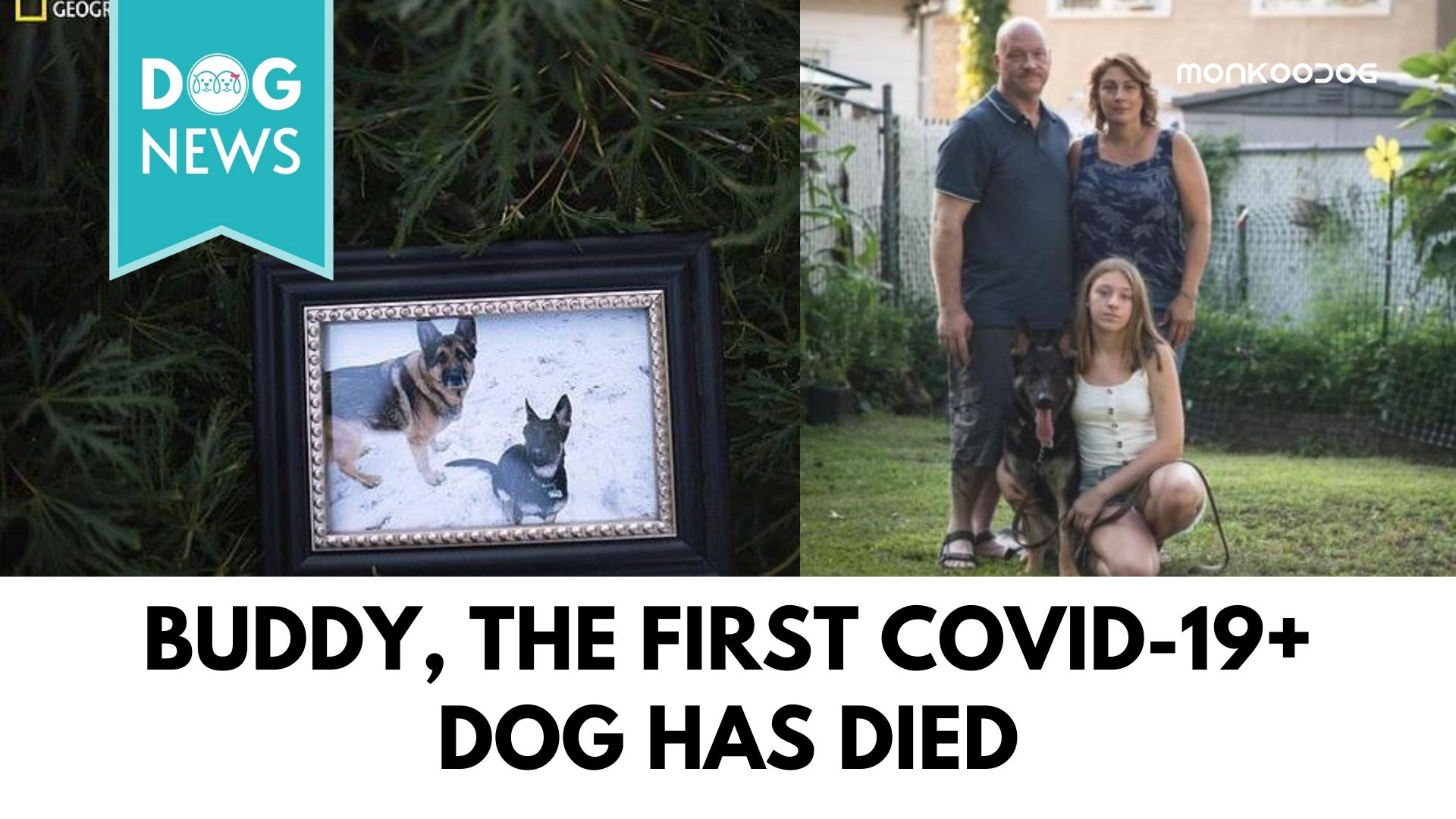 The first dog which tested positive for COVID-19 was Buddy, a 7-year-old German Shepherd from Staten Island, New York in the United States. The dog passed away on July 11th, 2020. The dog was found positive almost three months ago after his owner, Robert Mahoney was infected with the virus.

Over these three months, Buddy showed deteriorating health conditions and symptoms of blood vomiting and respiratory issues. Buddy’s family did not have the heart to watch their beloved pet suffer and thus decided to get him euthanised on July 11. The family is still struggling to cope with the incident and are heartbroken at their loss.

However, it is still not known if the dog had died due to the COVID-19 virus, cancer or any other disease. The two veterinarians who analysed Buddy’s medical records stated that he might have had lymphoma and that might have been the cause of his death. However, it might also have been due to any other illness or infection. It is also speculated that cancer must have been the reason for contracting the coronavirus in the first place.

There are around 25 animals in the US including dogs, cats and even a tiger and lion that have been tested positive for the virus till date. Among these, two dogs had already passed away and it was concluded that it was due to other health conditions.

This news has come as a shock for dog owners across the world and along with their safety, they are worried about their dogs as well. However, since the exact reason behind Buddy’s death is unknown, medical experts and others have advised people not to panic.

There are no proper testing kits or safety restrictions for pets as of now and even the possibility of transmission and actually being affected by the virus are still unclear. So the wise action now would be to ensure that our pets also follow the same rules of distancing and hygiene like humans.

As the world is currently in the race to develop an effective vaccine against the virus for humans and resume normal functioning once again, COVID-19 among animals is still open for wide research.