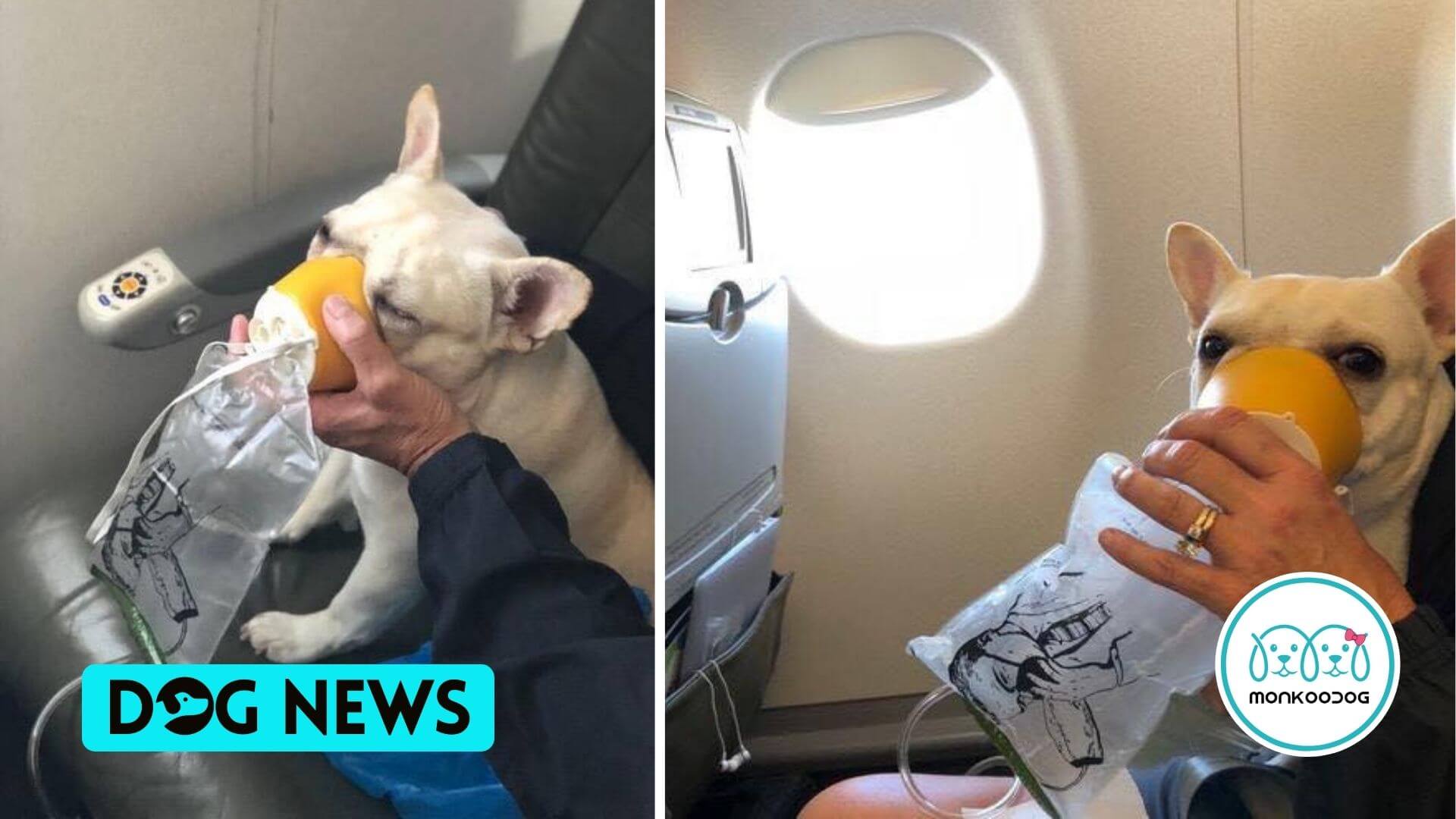 On a flight from Florida to Massachusetts, a passenger named Michele Burt noticed that her pet French Bulldog was having trouble breathing. Burt’s dog, Darcy, was suffering so much that her tongue changed into a blue color, a symptom that suggested a shortage of oxygen in the body, medically termed acute hypoxia. Luckily, the quick thinking and proactive cabin crew on the flight could save Darcy’s life.

Michele, Steven and their pets

Michele Burt and her husband Steven were flying to Massachusetts along with their three dogs. Flying with their canines was something they regularly did. Airlines have a strict rule that all animals (except service dogs) should be in their crates and placed below the owner’s seats throughout the flight. Steven and Michele had all three of their pooches tucked away and set for the flight.

Darcy had an Oxygen Shortage

After a short time following the departure, the couple’s French Bulldog, Darcy, started having breathing problems. Worried, Michele had to break in-flight rules and took Darcy out of her crate to examine what was wrong. She noticed Darcy’s tongue, which had turned blue, signaling an oxygen shortage in her body. Michele picked Darcy up and put her on her lap, and tried helping her relax and cool down. But nothing worked, and Darcy was panicking, which did not help her situation.

Unaware of the serious issue, a flight attendant named Renaud Spencer started asking Burt to put Darcy back in her crate and follow the airline’s strict policy. But the attendant quickly noticed that something was wrong and rushed to get help from a colleague, Diane Asher.

The crew started by putting an ice pack on Darcy since they assumed it was a case of overheating, and cooling the dog down will help. That did not work, and Diane herself is an owner of a Frenchie, thought of a solution. The crew fetched an oxygen mask and held it to Darcy’s snout. That did the trick, and Darcy improved and began breathing normally.

The short snouts of the French Bulldogs are known to cause breathing issues even on land, because of which this breed is banned in some airlines like American Airlines and Delta. Even though first aid training for humans is given to cabin crew, veterinary first aid is not.

The crew’s proactive approach saved Darcy’s life. Michele wrote a letter to the airlines thanking the cabin crew and telling them how grateful she was. The airline, JetBlue, was proud of the two flight attendants and praised them.