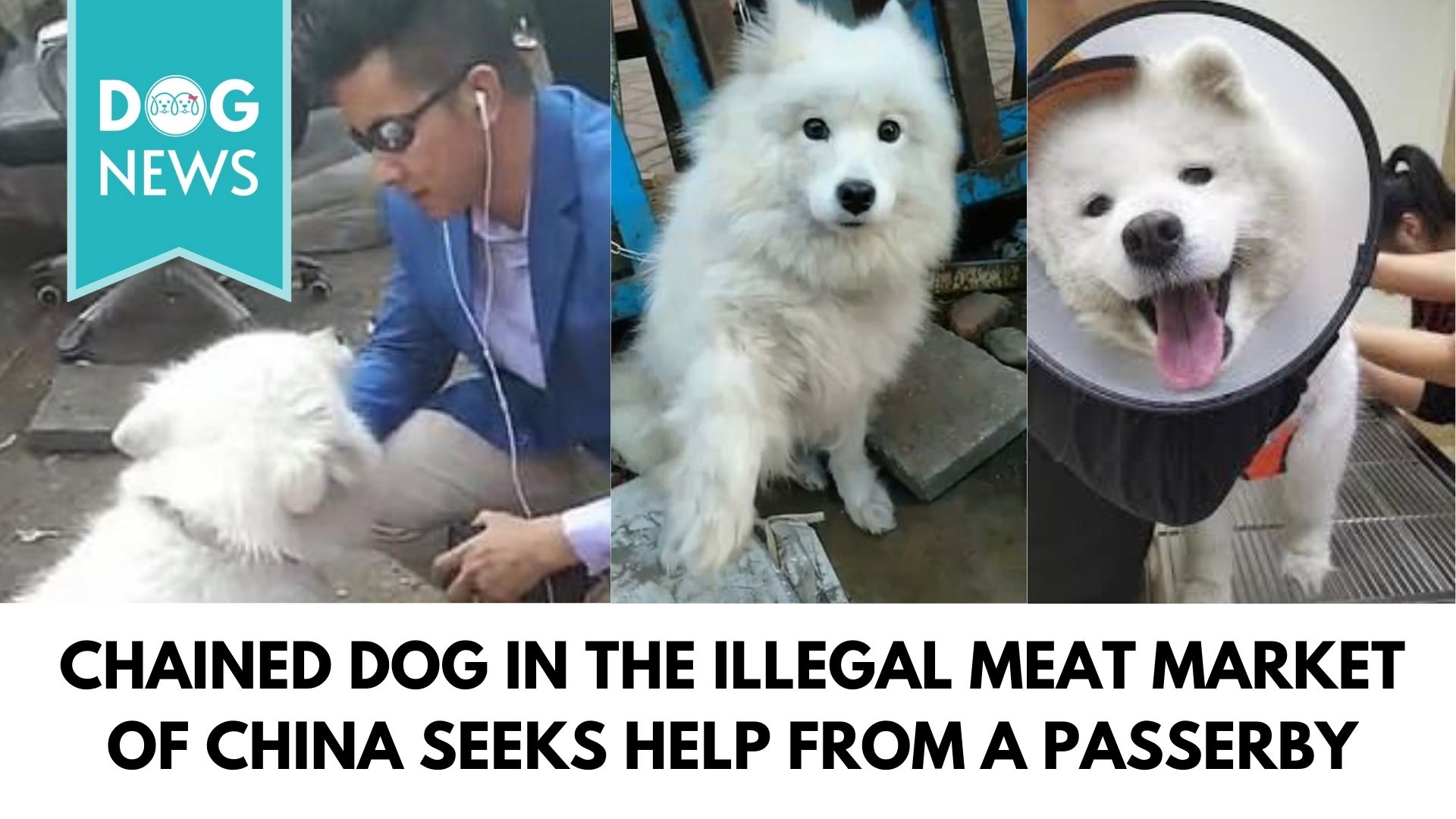 Home » Chained dog in the illegal meat market of China seeks help from a passerby, desperate to be rescued

Chained dog in the illegal meat market of China seeks help from a passerby, desperate to be rescued

When the Corona Virus-induced pandemic came into the limelight earlier in 2020, a lot of suppressed facts began to get exposed. It looked as though the can of worms were bursting open one after another in an uncontrolled manner.

Amidst all these massive fiascoes was one primary source, “China’. The primary and root point of all discussion was the extent of the illegal meat trade in the nation and the government’s blind eye treatment of the extremely dangerous business venture.

A multi-billion dollar industry, many even believe that the Meat Markets of China were not just thriving but also flourishing and earning a huge profit for the government officials too. For over a decade numerous Social rights activists and animal welfare organizations like PETA and many more have been fighting against these atrocious business markets but failing.

They say that there wasn’t a single species of animals and birds on the entire planet which was not found in these meat markets. The trade included not just everyday hens and ducks but also endangered birds and animals and much more. Bats, Pangolin, tigers, horses, deers, crocs, frogs, and much more were proudly displayed for sale in these markets and then sold out within minutes too.

Surprisingly it is Dog meat that holds the highest supply demand in these Chinese Meat markets. The demand for dog meat is so much that it is difficult to keep a pet dog as most are often stolen and sold in these markets for the meat trade.

In North-East China’s Jilin Province an innocent bystander spotted an American Eskimo dog chained and tied to a pole outside a meat slaughterhouse. The snow white-colored dog was matted and looked scared. It was definitely counting hours before its eminent death in the hands of the butchers.

Within minutes of seeing the stranger looking at it, the scared dog raised its paws, whimpering, and seeking help. The bystander did not waste a minute more and immediately rescued the dog and bought it home to give a permanent happy home after officially adopting and renaming it, Yuan Yuan.

What’s interesting is that the video footage posted on social media Doujin, China’s equivalent to Tiktok is actually a year old and was captured on the 26th of October 2019. One year since the horrific escapade, Yuan Yuan is a happy and well-loved dog. The rescuer of Yuan Yuan has been vigorously fighting for Dog meat ban and this video was posted in an attempt to enlighten and alert people about what’s happening.

Interestingly, a similar dog was also rescued by Humane Society International from the same market within months of Yuan yuan being rescued. The other dog was also adopted and named Lily by a family in Illinois.

The Global lockdown was a small respite for these innocent animals until the trade began in full force in many parts of the nation once the phase whose Unlock began to happen. Meat trade began to once again thrive despite the entire global meltdown caused by the animal to the human transference of the virus.

The gut-wrenchingly emotional video that has gone viral is once again shedding light on the illegal billion-dollar meat trade in China that does not seem to stop. The discussion on the complete ban of the dog meat trade is once again being raised by animal rights activists worldwide and many Chinese Officials are also coming forward demanding the ban on the meat trade of animals in such a horrendous manner.