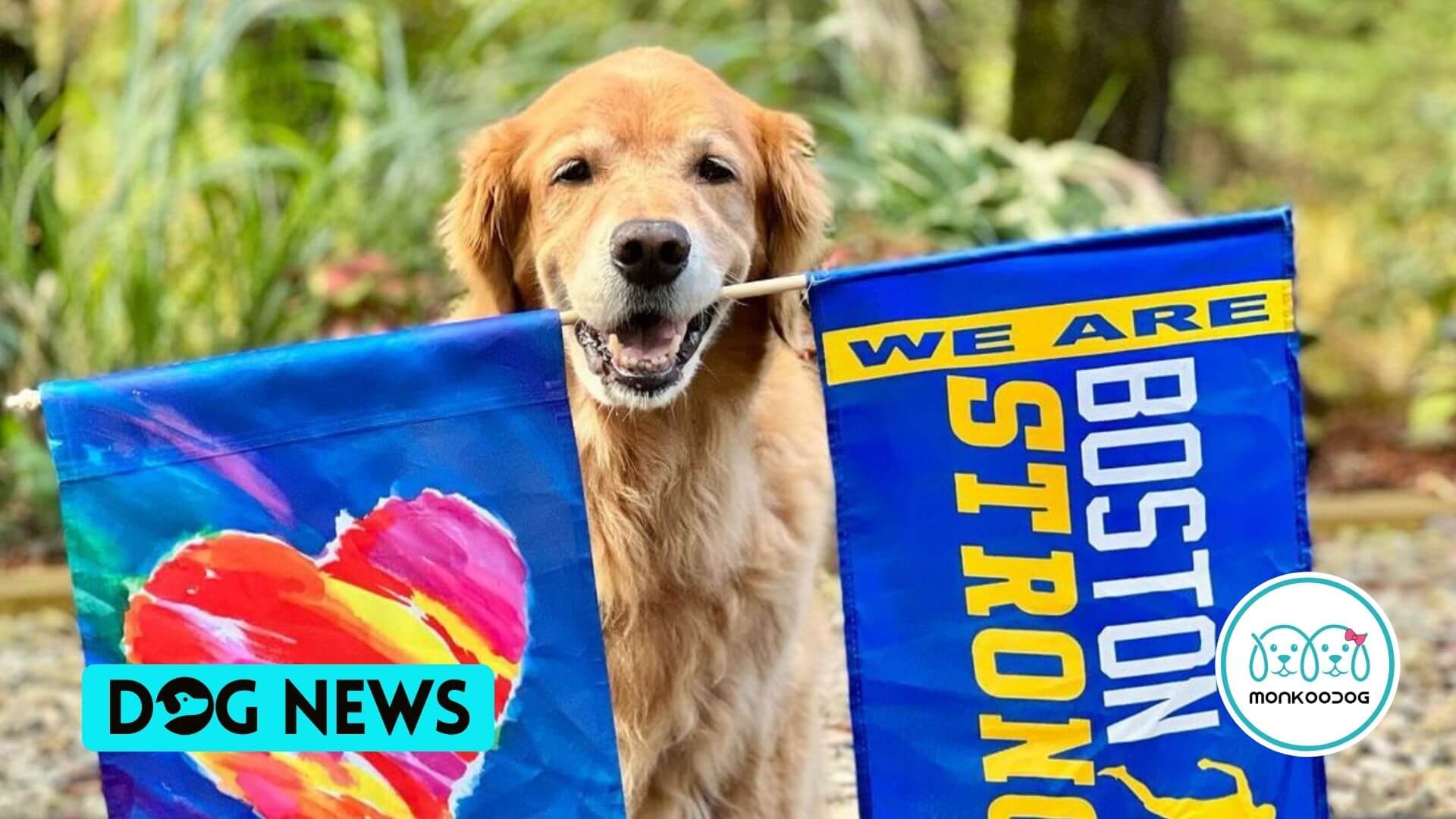 Spencer, the cheerleading Golden Retriever survives Tumour and returns to the Boston Marathon.

The runners participating in the Boston Marathon are in luck because their special cheerleading Golden Retriever is back. Yes. A very unique and extra special cheerleader whose job is to keep them motivated.

This special cheerleader is none other than Spencer the Golden Retriever, who tries to make it to the event every year. He always comes prepared to show his support and brings a flag that says “Boston Strong” that he holds in his mouth.

Think about being a runner in the marathon, extremely exhausted as you try to make your way to the finish line. Then you get to see delightful Spencer rooting for you at the sidelines. He will surely fill you with the drive you need to finish the race. But this golden, who is 12 years old, has been facing challenges of his own.

Devoted Spencer could not make it to the annual marathon for the last couple of years due to health problems. Spencer had to undergo surgery to have a tumor removed, but thankfully he made an incredible recovery. The pooch is now all set to make a comeback this year at the 125th edition of the Boston Marathon.

Spencer’s owner Rich Powers reveals that they almost lost Spencer last year. They had little hope for his recovery, but Spencer miraculously got better. They had started to think that Spencer wouldn’t be able to cheer the runners at the marathon again, but Spencer fought back and is now back in action.

All Over the Internet

In the recent video update posted on Facebook, Spencer has a handwritten sign that he holds with his mouth. One sign reads, “It’s been two and a half years,” while another reads, “We’ve been through a lot.” Spencer then celebrates his recovery and runs off to join the marathon by pacing through the driveway of his home with his signature flags.

After the seemingly long wait, Spencer is back and excited to see everyone again. The proud dog parent, Powers, asks runners to look out for Spencer at the two to three-mile mark on the sidelines. Returning to his cheerleading duties after 2019 is a special moment for Spencer.