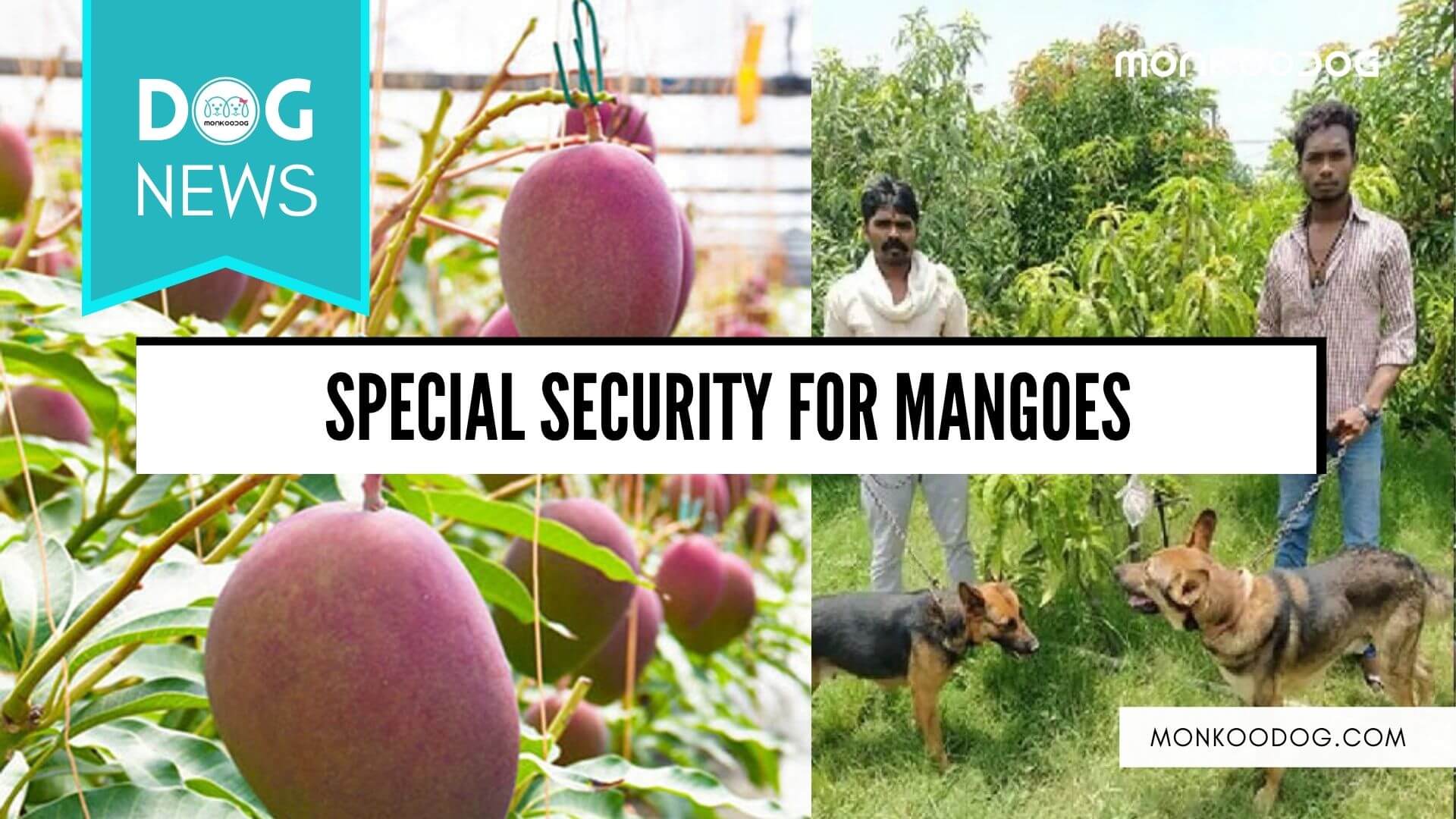 A couple from Madhya Pradesh has hired a force of 4 security guards and 6 dogs to guard the 7 Miyazaki mangoes grown in their small orchard in Jabalpur.

According to a report, couple Rani and Sankalp Parihar discovered a proverbial gold mine when they discovered that the mango plant they had unknowingly planted in their garden belonged to the Miyazaki mango breed from Japan. Known as one of the most expensive mangoes in the world, Japan’s Miyazaki mangoes, which are reddish in color, are sold at a higher price than gold and silver jewelry.

What happened after their discovery changed the lives of the couple. To save their 7 mangoes from thieves, a Madhya Pradesh couple has deployed 4 security guards and 6 fierce dogs to parade around their orchard 24×7 to protect two trees laden with costly fruits. The report states that the Miyazaki mango is not only rare in India but is priced very high across the world.

Sankalp Parihar, who is the owner of these mangoes, has said that when the couple came to the limelight last year for the rare mangoes that they were growing, a third of the 14 mangoes were stolen. So to make sure that they were not repeating the same mistake again, they wanted to be extra cautious and in order to do the same, they have deployed security guards and dogs, which now makes them feel safe about the mangoes.

The couple has been so paranoid because of last year’s incident that they wake up even at night to check on the mangoes. They had received an offer to sell the mangoes from Mumbai, priced at 21,000 per mango, but they most humbly declined the offer as they did not want to sell them.

As per reports, the couple once met a man on a train to Chennai, who presented them with rare Japanese mango saplings. Initially, the couple were unaware of the variety of mangoes and enjoyed it, naming them after the man’s late mother- Damini, however, when they realized the truth, they literally had to raise their guards.

Last year,  thieves stole their produce after realizing the truth behind the red mangoes. This year, the couple hopes to guard their fruit with the help of their security and guard dogs. Both have no plans to sell their produce. The couple has decided that they will use the seeds to grow more plants.