Winning a game is what most great legends are used to. It is a perfect gift for themselves and the fans alike after enduring months of intensive hard work and training. Derrick Nnadi may be regarded as one of the best defence players of the Kansas City NFL, but there is another side of his personality that makes him a great human being too.

His love and devotion towards the NFL are perhaps only a slight bit greater than his love for dogs. A regular at various shelters and rescue operations, Derrick is a well-known animal rights supporter. 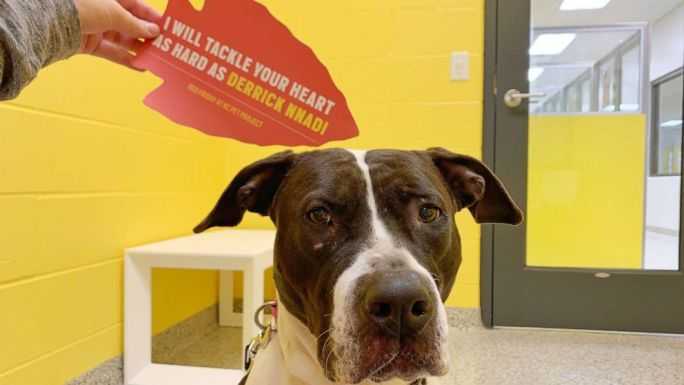 The 23 yrs old Footballer achieved his biggest career win at Sunday’s Super Bowl game. One of the most awaited games of 2020, the NFL Super Bowl in Miami, Florida even had Shakira and Jennifer Lopez perform at half-time.

It came as no surprise when Derrick announced that once again he would be donating a part of the win to KC Pet Project as the adoption fee for the rescued animals. In the past season, Derrick Nnadi has been a part of 15 consecutive victories and each time it has been the same story.

The perfect way to cap off this great season ‼️ https://t.co/k9KSt05gtt

Growing up Nnadi never had a dog until he reached college and was able to adopt Rocky, a senior pit bull. Since then he has been a devoted and ardent supporter of Animal rights and adoption. His endeavor has allowed the adoption of over 100 dogs for free in the past year which is way higher than the normal as dog adoption fee can cost around 150$ for registration alone.

Derrick Nnadi’s first Super Bowl win may have finally introduced him to the spotlight, but it also proved that he is someone who dearly believes in supporting and helping a cause, whatever the situation may be.