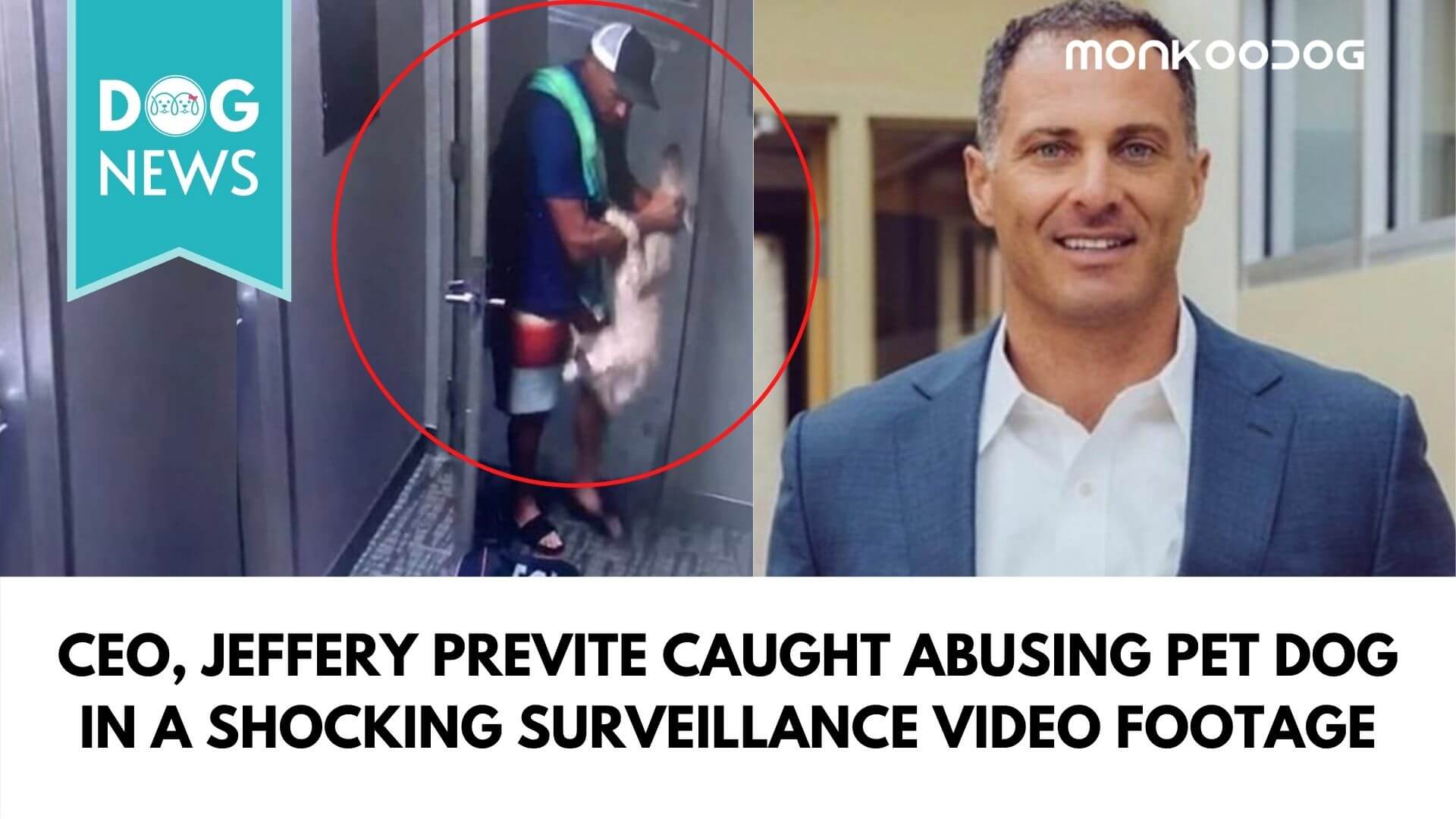 The general public often looks up to celebrities and famed personalities to promote goodwill causes. As ambassadors of benevolent causes, they are often seen promoting positive social attributes.

However, what happens behind closed doors is often unknown to most of us. Unless they accidentally give us a glimpse of what is going on behind those off-camera areas, we picture them as the model citizens they are showcased as.

CEO of an Environmental Consulting Firm based in California, Jeffery Previte was accidentally caught in surveillance footage abusing a puppy. On careful observation, it can be seen clearly that it is the same dog he had adopted a few months back as per his social media posts.

According to the records, the dog whose official name is Bici, is 4 months old. It had been staying with Jeffrey in his Santa Monica condo for the last couple of months. As per the surveillance footage dated 22nd August, Jeffery can be clearly seen abusing the dog by slapping and choking it while it kept on whimpering constantly.

The security official saw the surveillance and tried to contact Jeffrey but he refused to communicate. A week later the details were submitted with the local county and investigations are said to have begun recently.

After the footage was leaked earlier in September of 2020, more details were shared. Jeffery has been booked under the Animal Cruelty Act and Bici will be immediately rehomed to somewhere better and with no abuse.

As an influential figure, Jeffery has been asked by the media to revert back about the allegations and reality of the surveillance. Though his answer was cryptic at best, he did say he was extremely sorry for his action and he was only trying to teach Bici a few lessons.

Jeffery’s firm has also stated that they are investigating the matter as of September 10th and will revert back via their social media handle about the progress. The surprising fact is that Jeffery only reverted back to all the questions after his company released its statement on Sept 10th of 2020.

Jeffery has asked for forgiveness and said that he is a man of imperfection. The investigation is still ongoing, so further details will only be realized after it is completed.