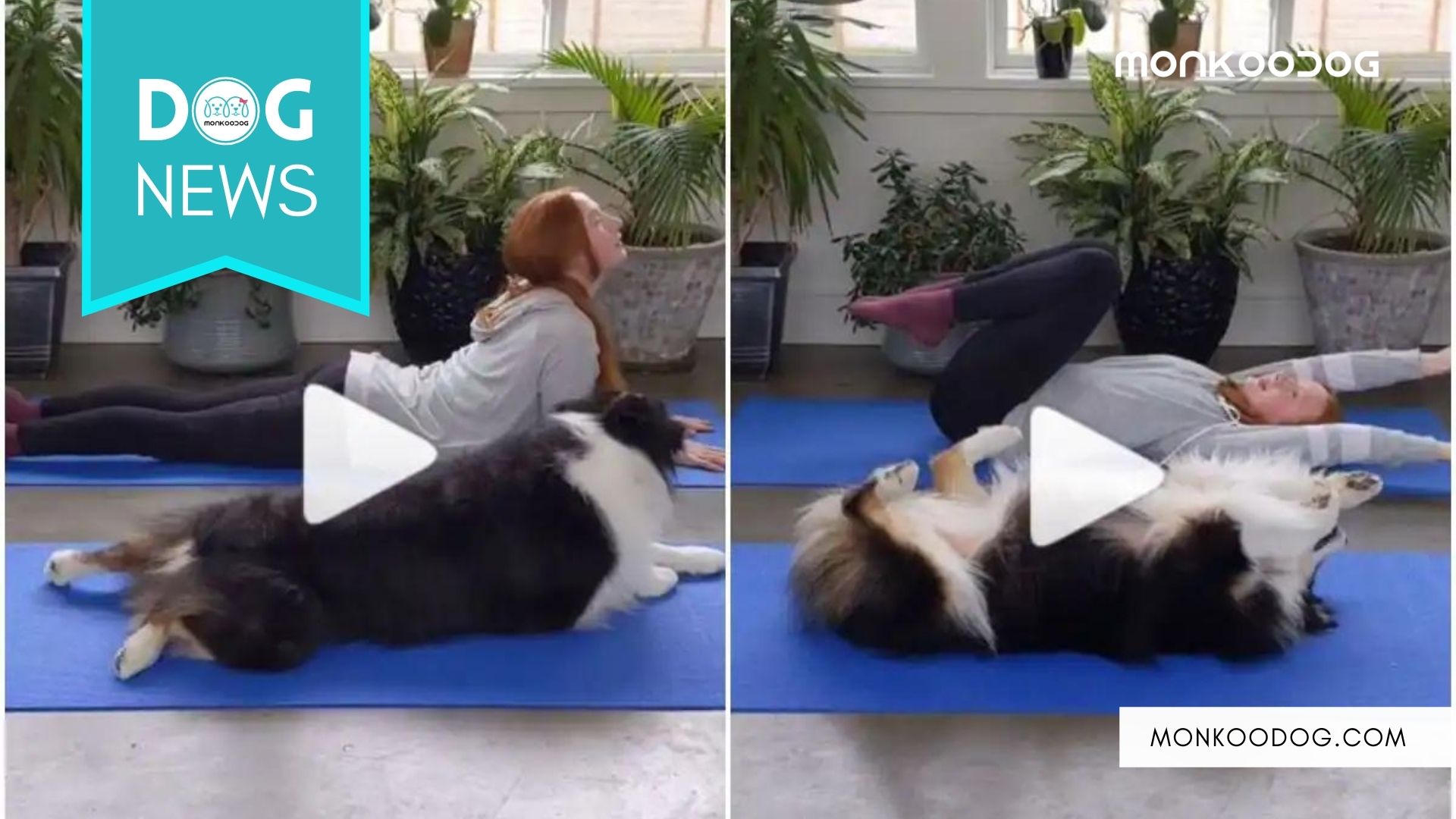 An adorable Instagram reel of a woman doing yoga with her pet dog has amassed over a million views on the social media app before being shared on Twitter. People have been going gaga over Secret, an Australian Shepherd who has been trained by her owner, Mary, to perform yoga poses or what is more popularly known as doga. The reel has Instagram users in splits and awe over this super talented dog.

The video features Secret, an adorable Aussie Shepherd following every step her owner is performing. Secret rolled out the yoga mat before starting and performed all the yoga poses that her owner showed her to perfection. This viral reel was uploaded from the superstar’s instagram account whose handle is my_aussie_gal with a caption that read “ Some more simple morning Doga”. Secret is a tenacious dog who has learned to mimic all the different yoga poses that her human mom performs perfectly. This reel has garnered over 2 million views and rightly so. After all, who can resist a four-legged fur ball doing yoga with their human owner.

Mary let her viewers know in the caption that Secret had been working on the last yoga pose for a while and that she had finally gotten the hang of it. Kudos to Secret’s dedication and intelligence. The dog is extremely resilient and dedicated. Her perfectionist nature leads her to learn each and every yoga pose accurately and properly.

A Twitter account named Buitengebieden, which describes itself as “the positive side of Twitter” has shared the video of Secret doing Yoga on Twitter, making the dog a sensation on this social media platform as well. Former professional basketball champion, Rex Chapman could not resist himself and shared this adorable video from his Twitter account as well.

According to Secret’s Instagram account, she is an Australian Shepherd service dog who has been with Mary since 2015. Mary has been teaching her these yoga poses since then. An Instagram user commented on the post asking how long it took to teach Secret these yoga poses. Mary said that it was hard to keep a track of since each of the moves were taught to Mary at a different point in time before adding that the two have been doing yoga for almost 5 years together. People have commented saying that they are obsessed with this super talented dog. Many have showered praises on Mary’s skills as a trainer. A Twitter user said that they were confused with whether Mary was a brilliant trainer or Secret a brilliant learner. Some Twitter handles have joked saying that Secret was better at yoga than them while others confessed that their dogs would bite them if they tried to get them to perform yoga poses together.

In spite of the different comments, one thing was common in the reactions to this adorable video. Each and eerie social media handle is in awe of this wonderful dog, Secret and her talented trainer-cum-human parent, Mary.

PrevPreviousDog Shows Owner The Mess She Created Excitably; Proud Moment For A Mischievous Canine
NextNew Strain Of Coronavirus Detected In Patients At Hospital In Malaysia; Experts Reveal That The Source May Be None Other Than DogsNext