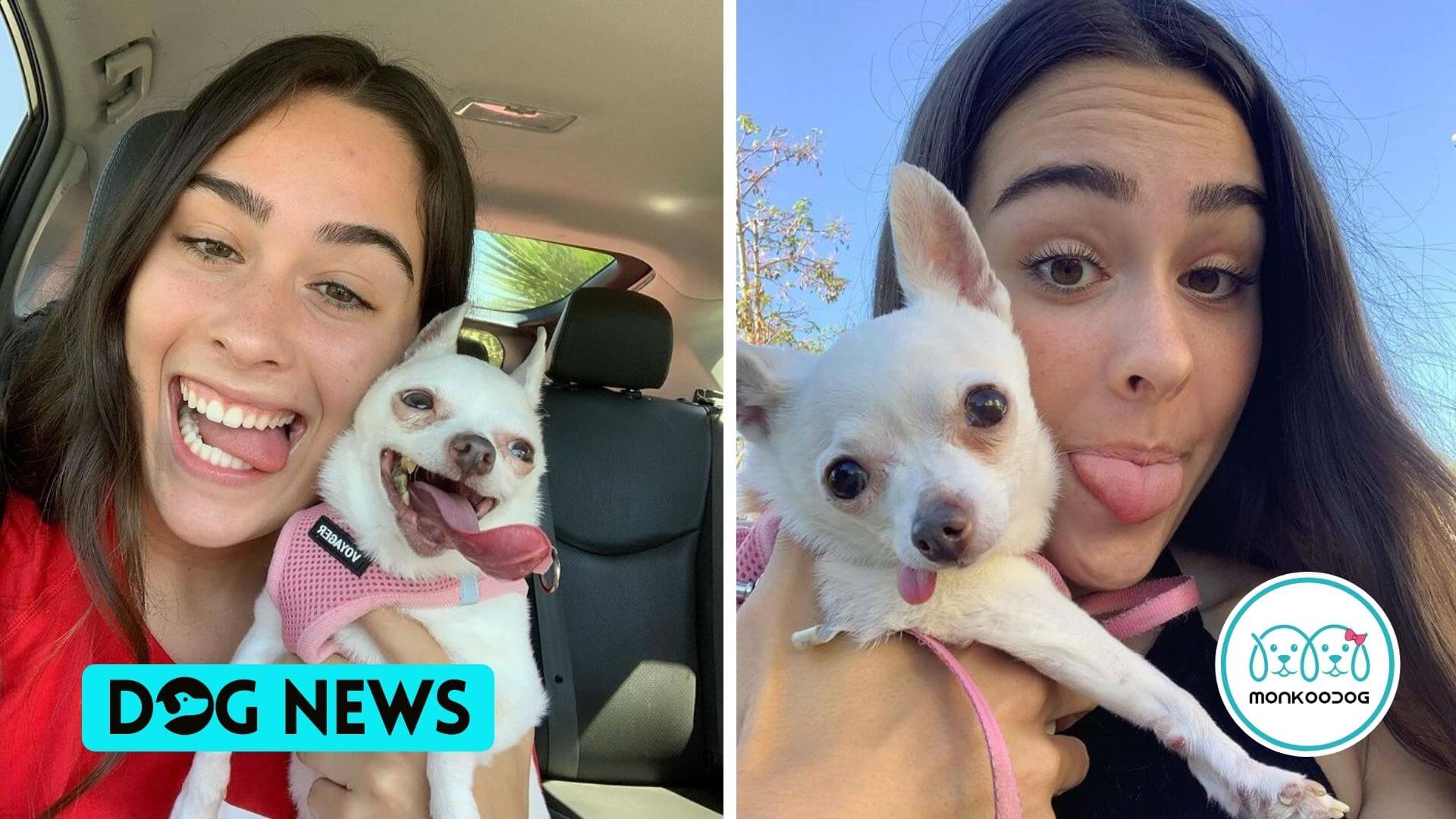 11-year-old Madi gets so excited every time she is lifted up that she prances around the room. Madi hates being picked up. She knows exactly what she wants and does not ever settle for anything else. Everybody who knows her is well aware of this.

Madi’s pet parent, Serena Hodson, says that Madi is extremely picky and only likes a few people in her life. She’s also quite sassy and has an attitude when things don’t go her way. One moment she wants to cuddle and act all cute, but the next second she’ll want nothing to do with you.

Madi is also very opinionated. Her strongest one is about people picking her up. No matter who does it, she hates it when someone picks her up. She refuses to let it happen and throws a tantrum whenever she can help it.

Unfortunately for Madi, she is a tiny dog, so picking her up in situations is inevitable. She likes to be up on the bed or the couch with Serena, but she’s so little that she can’t jump up there on her own. Seren earlier used to cover her up with a blanket whenever she had to pick her up so Madi couldn’t bite her, but Serena hated doing this. Luckily, Serena’s dad came up with a method that she calls the ‘elevator method’.

Serena finds it very amusing because Madi doesn’t even follow any commands like “sit” or does any trick. However, she communicated with Serena that the only way to get her up on the couch or bed is with her sitting on the pillow to be lifted up. She loves it so much that she runs around with excitement.

Sometimes instead of a pillow, Hodson uses Madi’s bed, and that works just as well. She wants to be lifted up and not picked with anyone’s hands. Madi has no complaints as long as that is fulfilled . Only on a few occasions, when it’s completely unavoidable, does she lets Hodson pick her up.

Hodson is trying to get Madi to be more acceptable with being held. Sometimes Madi allows Hodson to carry her if she slowly hovers her hand under her belly and kneels, so she isn’t being lifted up to a high height. But given a choice, Madi prefers the ‘elevator’ method.”

Even though this tiny dog is aggressive and has a very large personality, her family wouldn’t have her any other way.

Also Read:- This California Town Has A Dog Mayor In Office