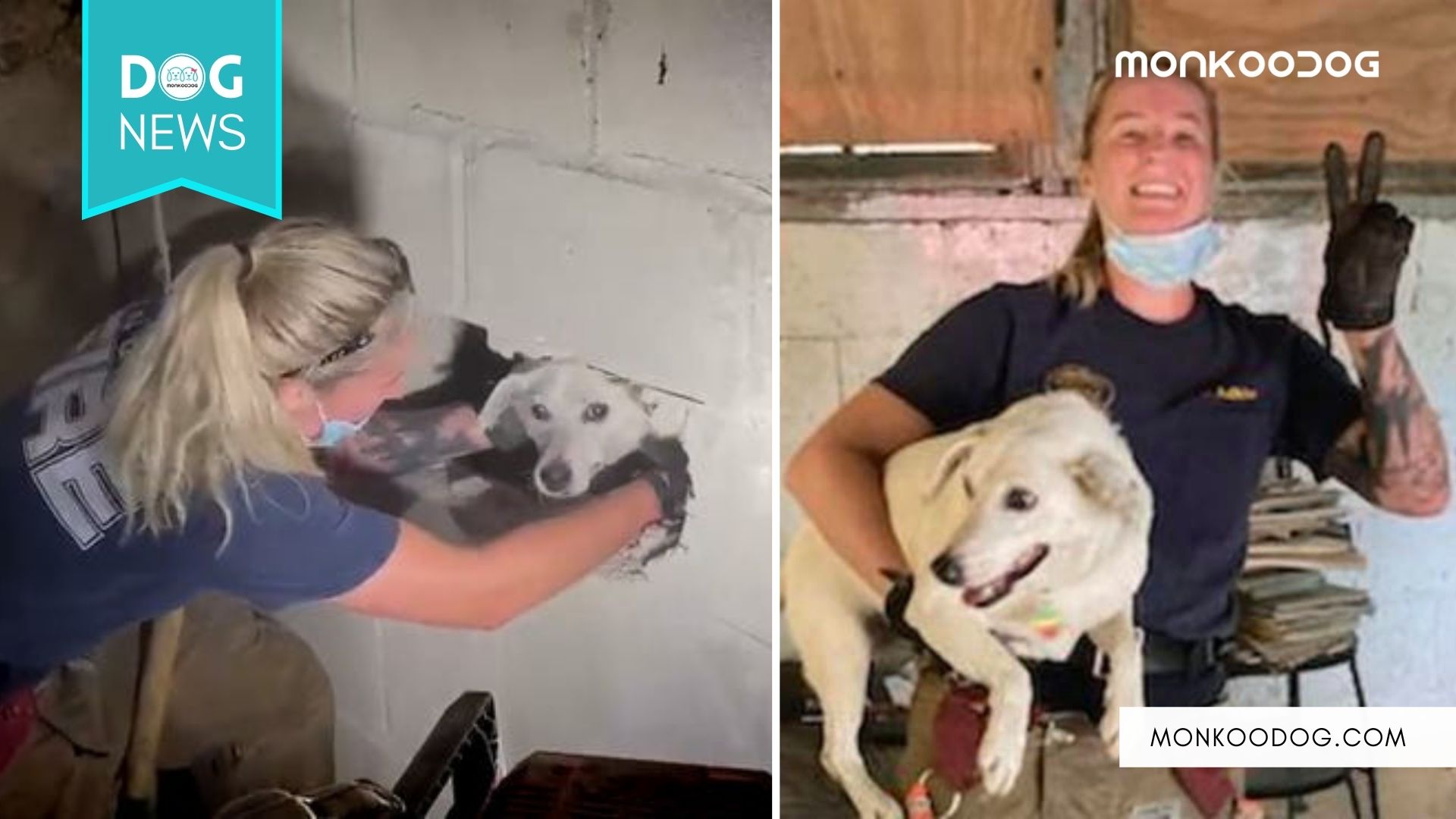 Home » Dog missing for five days, Stuck in the wall rescued by the Firefighters!! Watch the heartwarming video of its rescue

Dog missing for five days, Stuck in the wall rescued by the Firefighters!! Watch the heartwarming video of its rescue

In a soul-stirring incident, a dog trapped for about five days between the walls of a Northside home was rescued by the Cincinnati firefighters.

The clip of the rescue operation doing rounds on social media was shared by the Cincinnati Fire Department’s official Facebook page. The video was partnered with a caption reading- Missing Posters have been doing rounds in Northside for about five days in the hopes of someone looking out for Gertie. Today a landlord heard a dog crying behind a garage wall and called us to check it out. And the joyous news is that the race ended on the note of a happy reunion and a job well done by Truck 20!!

As reported by Fox News, the dog was trapped between two walls after falling into a crack. When the landlord heard a dog crying behind the garage wall, they decided to report the matter.

According to the reports, It is said that the dog had run away from the door of the house towards the forest area. However, when it did not return, unlike other times, owners Connie Frick and Lynn Herman, launched into desperate search, putting up posters of their missing pooch around the town.

Nevertheless, it can be comfortably said that all’s well that ends well; for, in the 30-second clip shared on the internet, a firefighter can be seen smashing a concrete wall with a saw and a sledgehammer in order to save Gertie.

The news website reported that a local resident of the area, Vanessa Rowland, alerted the garage owner, who could see the dog through a hole in the attic floor. Immediately after the rescue team and the Pet owners were alerted about the situation.

Also See: What Are Service Dogs And How Do They Help?

Following a 10-minute rescue operation, Gertie was rescued from behind walls and reunited with her parents.

“We were just excited. We were like, I can’t believe it, because we knew it had been a while, so we thought it was exciting, and hopefully, their pooch okay,” Rowland, one of the pet parents, was reported telling the news website.

However, the most satisfying thing from the whole situation is that at the end of the day, the run ended on a happy note for all.