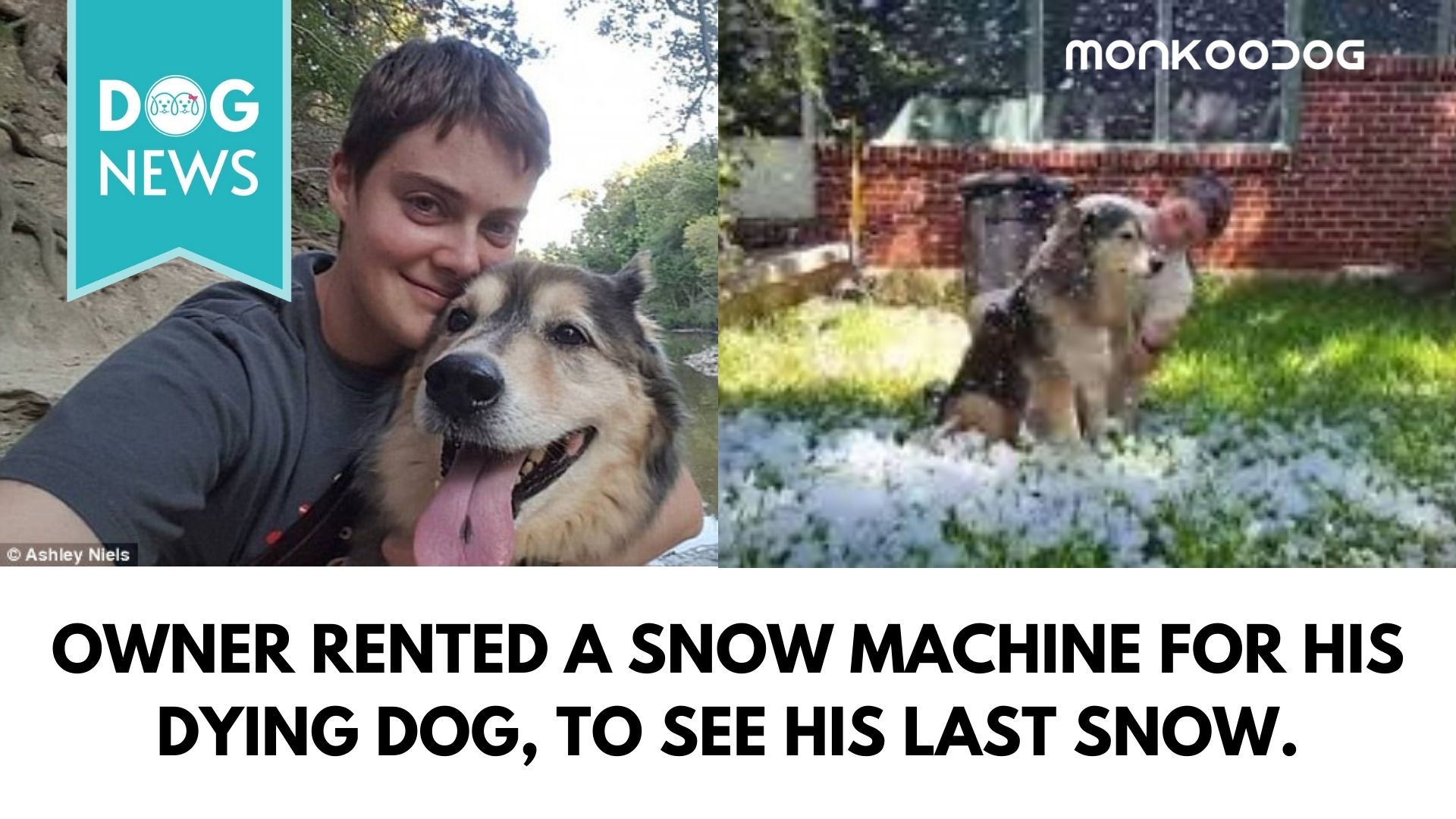 Home » A Dog Owner rented a snow machine to show his dying dog the last snow of his life.

A Dog Owner rented a snow machine to show his dying dog the last snow of his life.

Snow is often an integral part of many iconic romance flicks. In fact, one of the common yet emotional plots in many films has the protagonist enjoying his/her last snow happily before death.

Spunky loved snow just like anyone else. But living in Austin, Texas meant that seeing snow for the last one time would be next to an impossible dream. What Spunky did not know was that the love of his life Ashley would bring the snow right in their backyard.

Ashley Niel had spent 12 years loving Spunky. So when he heard the news of Spunky’s cancer, he knew he would do it all for Spunky regardless of the pain he would have to face after his demise.

Ashley knew how much Spunky loved snow, but traveling to a snow-capped destination was not possible, given how sick Spunky was. So, he decided to bring the snow home. Renting out a large Snowmachine for his backyard was enough to fill it up completely in snow for Spunky to enjoy one last time.

The story that broke through the internet on the 1st of September, 2020 may seem like yet another tragic love story but it is actually the story of a human and her loving companion of over a decade, a DOG!

Spunky was adopted by Ashley Niel when he was just in college 12 yrs back. A Siberian Husky by breed, Spunky was born to live and love snow. Since they lived in Wisconsin, snow was a regular part and parcel of their lives during the earlier years. Ashley and Spunky grew together and were inseparable buddies for 12 yrs.

After Ashley finished his initial years of education, moving to Austin for work was the next decision he had to take. Snow became a rarity in Ashley’s and Spunky’s life. However, that did not ever deter their bond or love for each other.

Last few months Spunky had been ill quite often and hardly ate his food, raising concern for Ashley. One visit to the vet confirmed Ashley’s worst nightmare. Spunky had developed cancer and his chances of survival were zero as he had already crossed the stage of chemotherapy and surgery.

Though heartbroken, Ashley decided to give Spunky the best memories for the next few days he had to live. That’s how the idea of bringing snow home came in his mind. To make it more fun, dogs from the local shelter were also invited to the snow party to make it more fun for Spunky.

The story of Ashley’s love for Spunky went viral, moments after it was posted on social media. Praise and prayers from all over the world with thousands of positive comments poured in to console him. Despite all the bad that keeps happening everywhere, it is these stories of a loving relationship between man and animal that keeps our trust in humanity going.

PrevPreviousDog Died Without Food and Water In Chicago Airport Warehouse; Airline In Trouble
NextFlash, a Border Collie dog detected life under rubbles one month after the Beirut BlastNext