Dog Owner Shocked As Her Mini Cockapoo Grows Up To The Size Of A Baby Rhino. 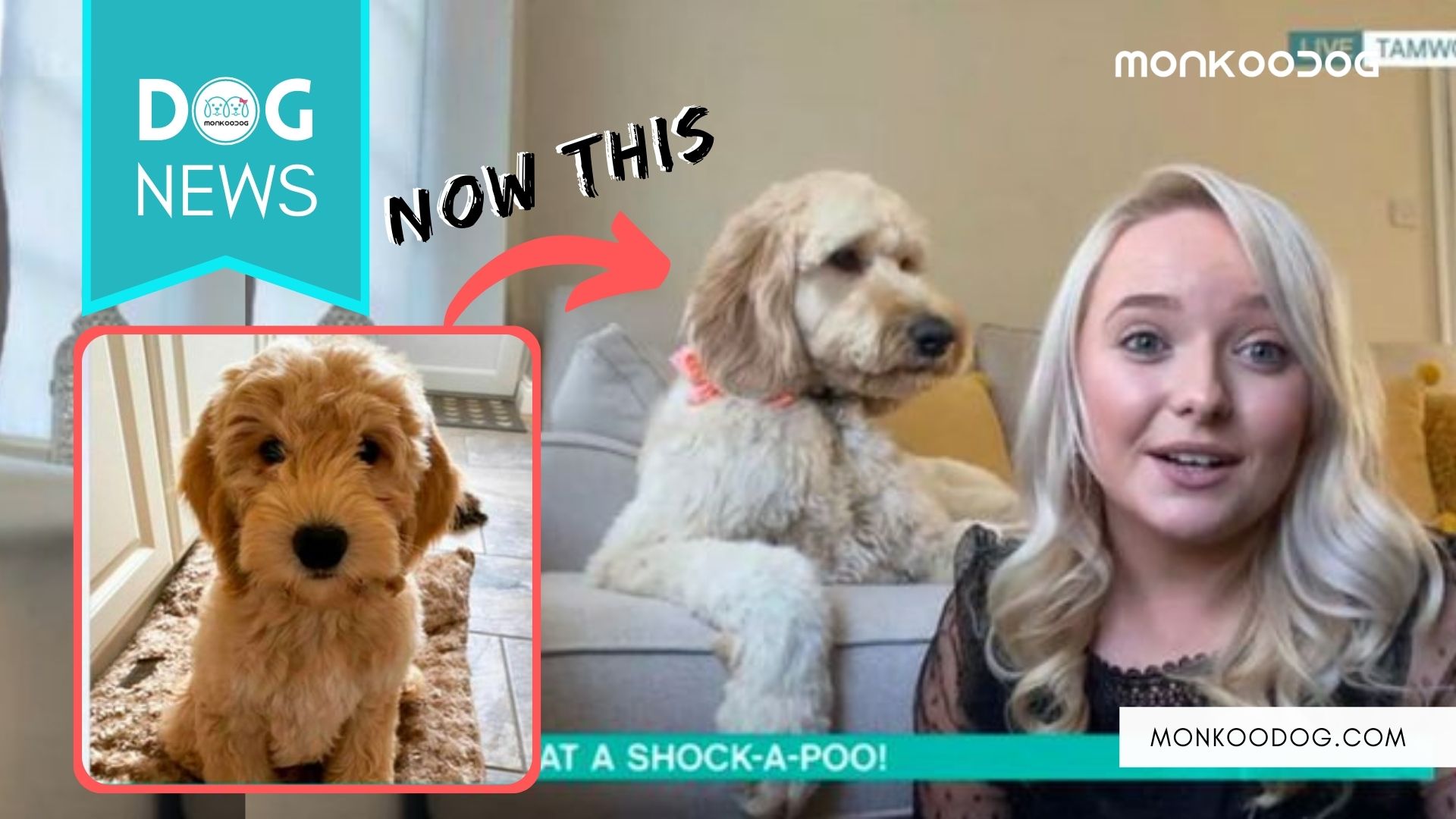 A woman named Tiffany Kingdon was recently interviewed by hosts Allison Hammond and Dermot O’Leary on Thursday’s show. This poor lady was of the knowledge that she had just bought a Mini Cockapoo from a breeder but alas! Ms. Kingdon could not be farther from the truth. She had purchased Winnie for £2,000 when she was just an eleven weeks old puppy weighing 4.6 kilos. Winnie was not supposed to grow much bigger but what actually happened went on to shock their owner. The dog did not stop growing when they were supposed to and now, just over a year old, little Winnie weighs a whopping 32 kilos or 5 stones – the same as a baby rhino!

As Liam and his partner, Tiffany tried to reach out to the breeders who had sold them the puppy, they found out that their calls and messages were bouncing back and that they had been scammed.

Tiffany, a 23-year-old hairdresser says that they had planned to buy a Mini Cockapoo but as their little puppy grew up to become a Shetland Pony, they have also grown to love her just as she is. She also said that they had narrowed it down to a small dog owing to budgetary constraints and that Winnie, as a completely different breed, eats a lot of food. Nevertheless, the new dog mama is super fond of her big baby and would not change a thing about her.

When they had gone to the breeder to bring Winnie home, she seemed to be a normal cockapoo. They had also confirmed her paperwork, seen to it that she was microchipped, and checked her mother out, who was a Cocker Spaniel. In spite of all that, the couple was scammed as they later found out that Winnie was a mix between an Irish Setter and a Poodle even though the breeder told them that Winnie’s father was a miniature poodle.

After a few fellow dog-walkers pointed out that Tiffany may not have been a cockapoo, Tiffany decided to run a bunch of DNA tests to find out that her little friend was actually a Shetland Pony. In spite of this, Tiffany and Liam love their four-legged buddy to the moon and back and cannot imagine their lives without her.

Also see: Little puppy paddles in air even after being carried over a puddle.