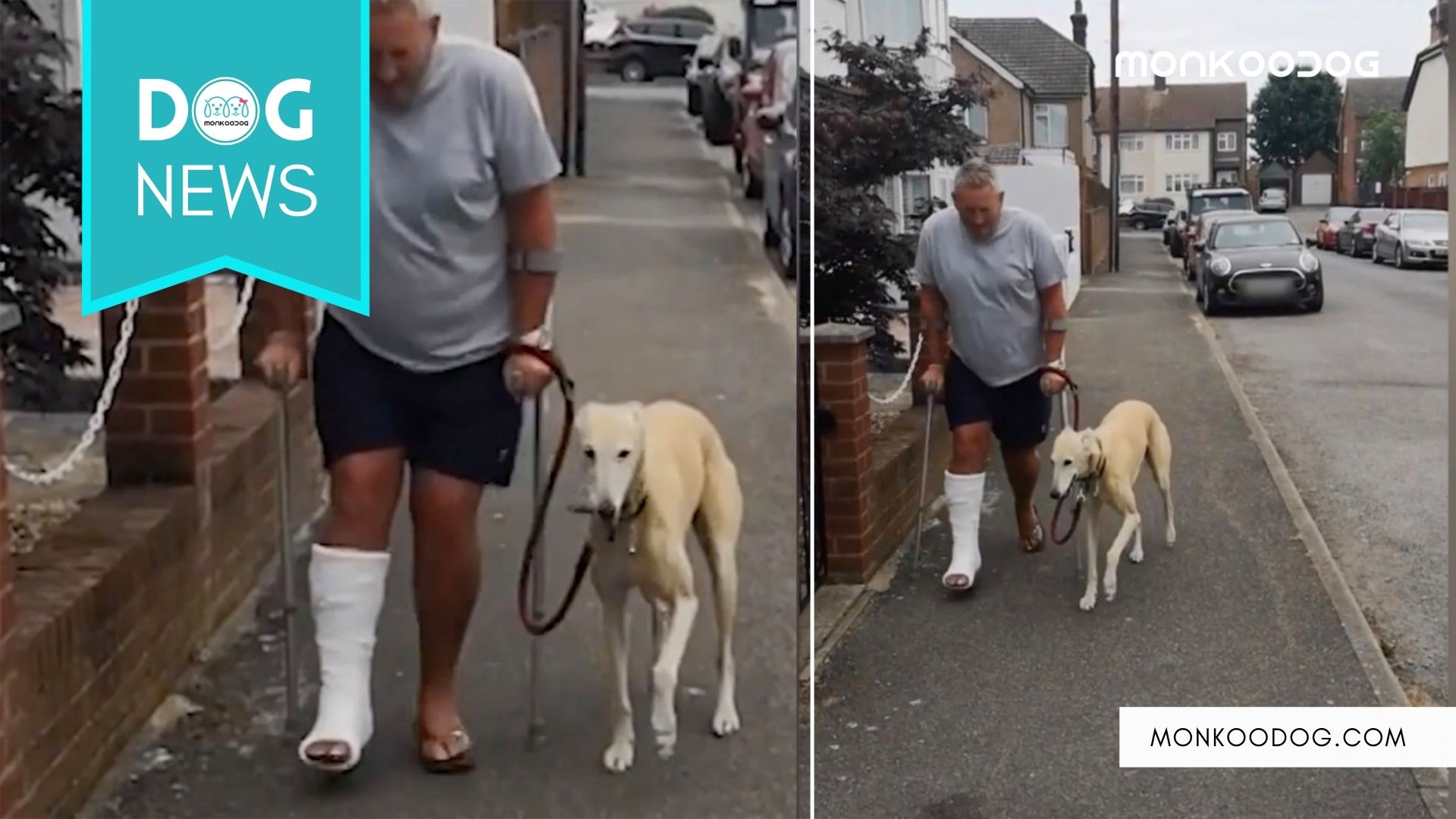 Home » A Dog Owner Spent $300 on Vet Fees And It Turned Out Nothing Was Wrong With His Dog, It Was Just Imitating Him Out Of Sympathy

A Dog Owner Spent $300 on Vet Fees And It Turned Out Nothing Was Wrong With His Dog, It Was Just Imitating Him Out Of Sympathy

Dogs are called a man’s best friend for a reason. Their innate ability to tune themselves with human emotions is unlike any other species on this planet. One of the reasons why dogs are regarded as an excellent choice as therapy and rehabilitation partners is because they are great company as support and motivational guide.

They have a very keen ability to pick up even the slightest change of behavior and physicality in their human companion. It is so accurate that there have been millions of documented episodes of dogs saving humans from heart attack to even suicides.

Another extremely odd but funny character trait of dogs is their strange habit of copying their master during some of the most hilarious instances. There are numerous videos of owners recording their dogs copying them.

In the list of such hilarious encounters of copying pets is a new global viral video that has been getting a massive response from netizens worldwide in form of comments about similar incidences.

This time around the video footage shot by a random person shows a man with a plastered leg walking slowly with a crutch along the sidewalks. Along with him is a beautiful yellowish-white dog that seems to be injured and limping too.

London resident, Russell Jones had recently injured his legs. However a few days after returning home with a plaster cast, he began to notice that his dog Bill hopping around with a limp. It was noticeable that there was some issue with Bill’s front right limb which scared Russel.

He even decided to visit their family vet immediately. After a series of investigations and shedding 300 GBP, when the final results were announced, Russell was shocked beyond his imagination. This was the reason he decided to post the video of himself and Bill limping and hopping through the sidewalk.

Turns out Bill was not sick and neither he had injured his legs in any way. Bill was simply copying Russell’s limp! The hilarious video gave chance to hundreds of commentators to come forward with their own tales of such comical incidents with their pets too.

Reddit user by the name MeliaDanae shared the video on his account to only garner more attention. One user even recounted a story of how his aunt’s parrot was coughing and when it was taken to the vet, they said the parrot was only copying its owner’s coughing sound. Until she heard it from the vet, the lady had no idea that her coughing was so bad, so she decided to visit the physician only to discover an early stage of cancer. A decade later thanks to the incident both the lady and the parrot are fine.

In another comment, a person spoke about their family dog who had pulled a muscle once only to receive extensive treatment. However a few days after recovery, the dog began to lip around whimpering again. On careful investigation, the doctors realized the dog was only acting because it wanted the pampering and attention like it was receiving during the recovery period.

In yet another hilarious post someone mentioned that their cat had stopped eating for some time. Turns out that the cat was depressed because the hamster cage near the cat bed was empty. Up until then, the family had no idea that their 5 yrs old cat had actually liked the hamsters that they were fostering. The moment a new pair of hamsters were placed in the cage, the cat began to demand food.

Numerous such stories of emotional and comical episodes were shared in addition to many heartfelt and supportive messages for Bill and Russel. The thread shared opened up a sequela of memories of the pet owners that clearly showcases how important humans are to the pets. Their entire world revolves around how their owner’s mood and well-being is.