The dog puts up a brave front fighting a coyote to save a 10-year-old girl in Toronto. Watch the viral video 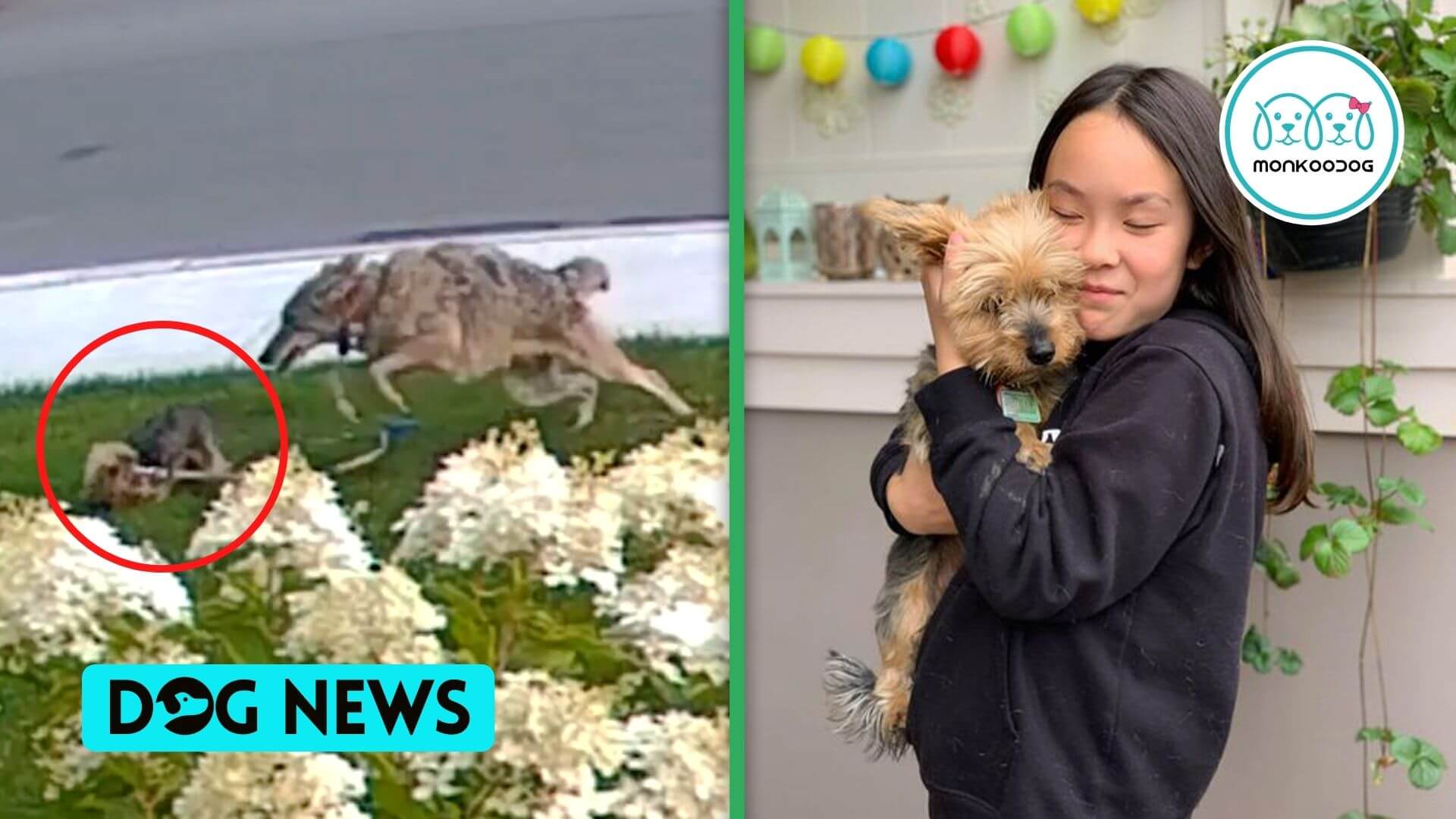 Dogs are said to be man’s best friend and that’s definitely not without reason. As a forever friend they back their hoo-mans up through all ups and downs. Rekindling these norms of forever companionship, recently, a small doggo in Canada puts up a brave fight against a coyote, risking its life to protect her owner, 10-year-old Lily Kwan.

Following the incident, this little Yorkie is now being hailed as a hero by the netzines. And deservedly so!

Things went awry when 10-year-old Lily Kwan, who was out for a morning walk with her little pooch, came across a coyote in Scarborough, Toronto. The frightening moment of scared Kwan running away and Macy the tiny Yorkie trying to distract the animal was caught on a neighbor’s CCTV camera. The girl, screaming helplessly after being chased, was seen running towards the neighbor’s house to ask for help, while Macy was seen fighting despite being badly injured by the coyote.

The surveillance footage showed fierce fighting between the two animals. In fact, the unfoldings were quite horrific so much so that at one point, the coyote had a pet dog in its mouth. Eventually, a neighbor came out and drove the coyote away. However, by that time Macy was badly injured, bleeding from several wounds.

Also See: Mange In Dogs, What Shall Be The First Step And How To Treat It

Lily Kwan’s mother, Dorothy Kwan, had already left for work when the incident happened. When she got a call from her daughter informing her about the vicious attack. She immediately reached home and on seeing her little pooch in poor condition, she called her vet, but they were closed. Then she called the emergency animal hospital, which took them in immediately.

Macy’s injuries needed surgery. She was covered in blood on her face,  had a puncture wound on her back, and a very bad wound on her leg- Dorothy told 680 NEWS.

Although Macy came out of surgery in stable condition, the tiny pooch had to be transferred to the Intensive Care Unit (ICU). With the estimated cost of the treatment ranging between $4,000 and $6,000, Macy’s family set up a GoFundMe page to raise some money.

After Macy’s heroic video went viral, support started pouring in large numbers. So much so, that though the initial goal was to raise $10,000, Page has currently donated over $26,000.

According to an update on the fundraiser page, the dog was finally discharged on Friday. “Massie is finally settling down. She’s so excited to be reunited with our family,” Kwan said.

Dorothy also shared the happy reunited pictures of her tiny Yorkie and her daughter.

Showing immense gratitude for the pouring support Dorothy added- We are truly blessed that your thoughts and prayers are with Macy during his recovery journey. It will be a long one.

Throwing light on the tremendous bravery of little Macy, we will like to inform you that Yorkshire terriers are basically a breed of little pooches with about a weight of 5 to 7 pounds.

So factual, this tiny little Yorkshire took on a wild animal several times its size, just for her immense love towards her hoo-man!! At Monkoodog we heartily salute and admire Macy for her bravery and golden heart.