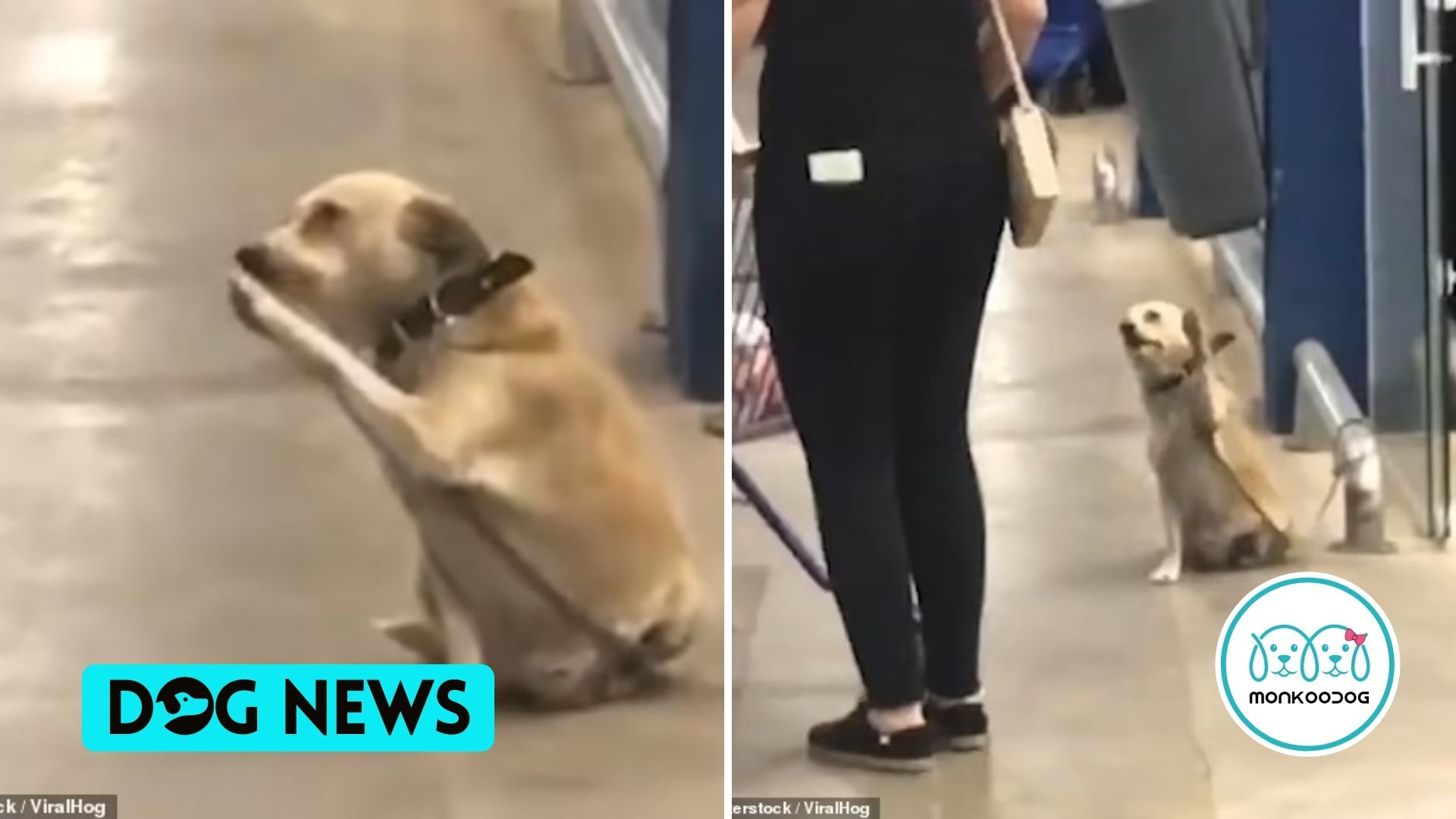 Home » A Dog raises her paw and waves to shoppers at a supermarket in Brazil.

A Dog raises her paw and waves to shoppers at a supermarket in Brazil.

A rescued dog raises her paw and waves to shoppers at a supermarket. Agusta, the dog was recorded on video in the supermarket of Catanduva, São Paulo. She was sitting patiently outside the store, waving at people as they come and depart.

Jefferson Alexandre Rodrigues is the owner of this friendly canine. He claimed that he adopted Agusta after coming across her on social media in 2019.

A rescue group found an injured dog. It was unable to move, and quivering with terror. the rescue group got it hospitalized.

Later, a post was posted on social media about her story and plea for her adoption. She needed a loving home to take care of her after all her struggle.

As of now, after two years, the loving canine accompanies her owner at his motorcycle business. She is a workshop’s chief employee there.

The heartening video was shot by a 24 years old beautician Letícia Américo. He ardently fell in love with the Agusto. The clip show the little dog patiently waiting for people. She lifts her paw and wave it in their direction. Some shoppers halted to a handshake or pat Agusta affectionately.

Check out the video of dog raising her paw and waves to the shoppers:

People praised the dog on social media after the heartening events. They flooded the comment section with lots of love, warmth, and praise.

Mr. Rodrigues, told G1 News that she was petrified to be around people but she gained confidence over time. And, now she’s this adorable dog that needs everyone’s attention.

Rodrigues has named his dog after the motorbike company Agusta. He described her as a real character – a dog raises her paw and waves to everyone that leaves the supermarket. ‘Agusta learned to give the paw,’ he continued. She greets everyone to receive affection from other people.’

And definitely, there is no denying the fact that this Little dog raises her paw and waves it at shoppers visiting a supermarket is an absolute delight, worthy of all the love and affection.

According to experts’ studies, a canine’s paw raise might indicate eagerness, curiosity, or uncertainty about a scenario. Dogs may attempt to elevate their paws and wave if they expect a treat or anything pleasant to come from the action.

For more such updates on animal behavior or insightful reflection on animal signs and language at visit Monkodog and enlighten yourself in a fun and exciting manner.